People are reading
You are at:Home»Restaurants»Sunset Grill in White Plains 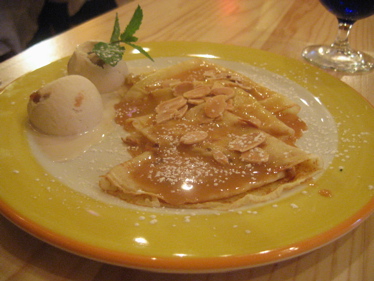 I’m heading to Mexico later this year. (Recommendations for restaurants and sightseeing in DF are gladly accepted.) But the anticipation must be why I’ve eaten at two Mexican restaurants in the past four days. (The other is Dona Maria Bistro in Suffern, and I promise I’ll post those photos later.)

The photo above was my dessert at <a href=”http://www.sunsetgrilleny.com/home.htm” target=”_blank”> Sunset Grill in White Plains. </a> (68 Gedney Way, White Plains. 914-227-9353). The crepes are dressed wtih cajeta, a goat-milk caramel not unlike dulce de leche, and crispy almonds. The ice cream was caramel. Just the kinds of flavors I love to take me back to childhood. (I was always a fan of caramel? You?)

My friend and colleague Mark and I headed over there after work. (Mark had been earlier in the day… chef Greg Courtelyou is going to be one of our upcoming <a href=”http://www.lohud.com/chef” target=”_blank”> Chef’s Dish columnists </a> and so Mark was photographing him.)

I had a caipirinha (good but strong!) and Mark had a margarita (a shining example). 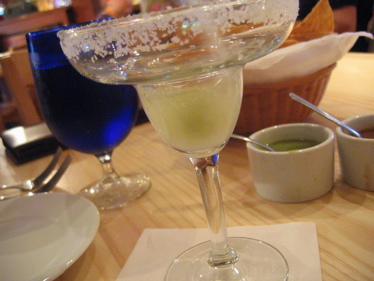 To start, Mark had a special, with very flavorful steak atop tortillas with a little salad and some cotija cheese. (They make their own tortillas from fresh masa at Sunset Grill.) Really nice. 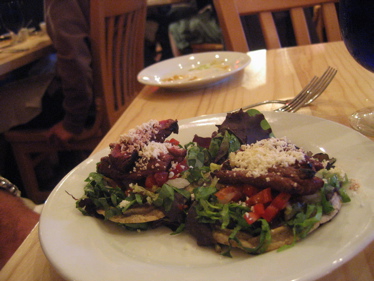 I had the tortilla soup. The broth was thicker and richer than I’m used to; I think I prefer one a little thinner. 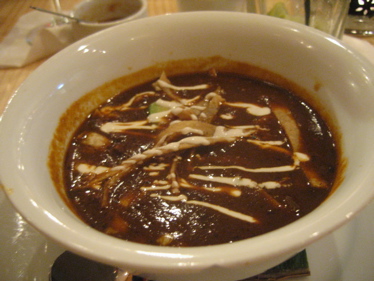 Mark had never had mole poblano before. He was happy to taste it; I was happy he was tasting a good version. Nice depth of flavor and not too too spicy. (Only a hint of heat afterward, just how I like it.) 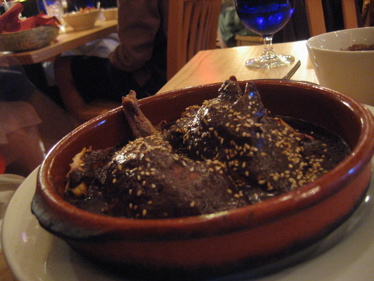 I had tacos: two with pork (a little too dry) and two with snapper (my favorite dish of the night). 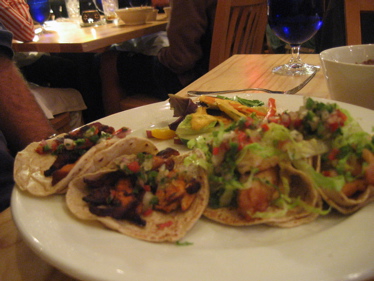 I’m very happy Sunset Grill is closeby the office and that they’re open for lunch. This isn’t the type of Tex-Mex restaurant where you can’t move after eating so much melted cheese. The flavors are fresh and light. Just like real Mexican food. 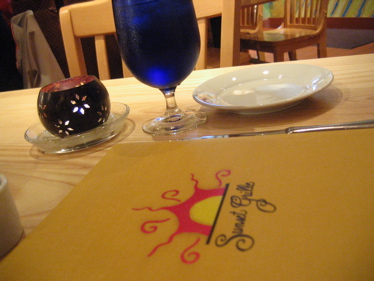