People are reading
You are at:Home»Farms»Harvest Awards 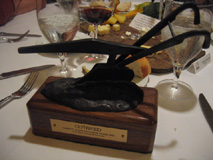 I attended an awards lunch at Beacon Restaurant in Manhattan Monday where the Glynwood Center Ã¢â‚¬â€ the nonprofit in Cold Spring that works with communities to conserve local resources Ã¢â‚¬â€ honored five winners with Harvest Awards.

This is the fourth year Glynwood has been recognizing efforts that have, according to the press release they gave me “stregthens support for the regonal farmers and increases access to fresh, healthy food.”

Naturally, to celebrate, we ate some of that fresh, healthy food. Chef Jeff Raider of Valley Restaurant at The Garrison made some unbelieveable hors d’oeuvres to start the party off.
From my program, here’s a list of what he served:

The eggs were amazing, and the soup was my favorite dish of the meal.

Here’s a photo of the passed foie gras. 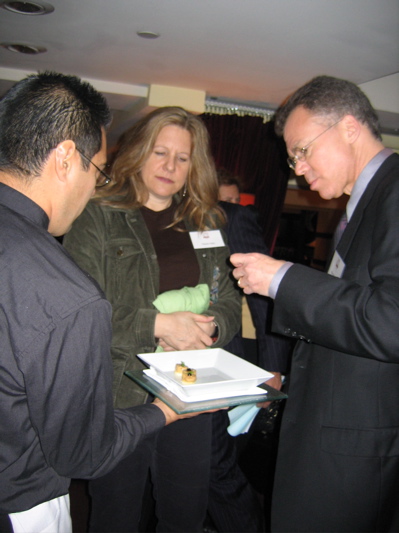 It was appropriate to host the party at Beacon. Chef-owner Waldy Malouf is the author of “The Hudson River Valley Cookbook,” and has always been a big proponent of Hudson Valley farmers. (He’s infamous in the food world for once having pre-paid a farmer to buy an orchardful of sour cherries before the season. It turned out to be one of the biggest sour cherry crops in years Ã¢â‚¬â€ way more than he could use at The Hudson River Club, where he was chef. He was selling brandied cherries throughout the summer. <a href=”http://query.nytimes.com/gst/fullpage.html?res=990CE1DE1439F93BA35752C1A963958260″ target=”_blank”> Here’s a little brief annoucing his “sale.”</a>

Here’s Beacon, from the private room where we ate lunch. (The hors d’oeuvres were served on the balcony across the way.) 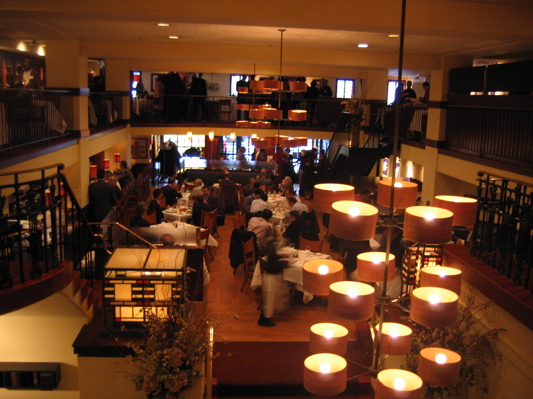 We sat down to a table with a nice cheese platter. <br> 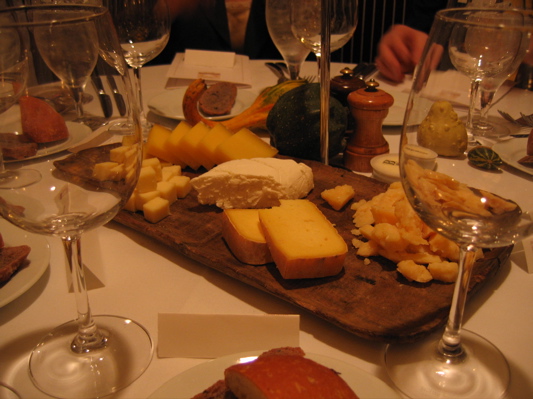 It included cheese from the winners of the Glynwood Harvest Farmer Award: Sam and Denise Hendren of Clover Mead Farm in Keeseville, N.Y. 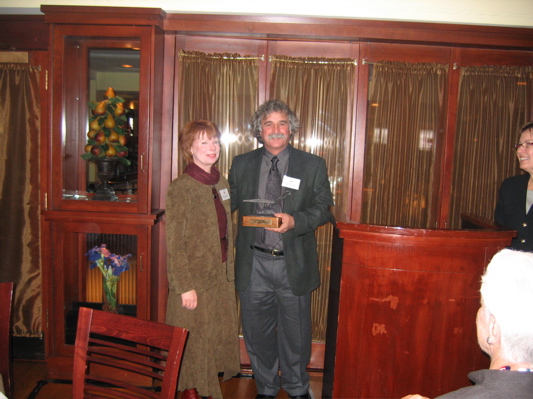 They took a commercial dairy farm and turned it into a grass-based dairy and artisan cheese-making business. They sell 10,000 pounds a year and they can’t keep up with demand. They also stared something called the Adirondack Delivery Pool, where farmers can take their produce to be distributed.

The next award winners were close to my heart. I love working with the Culinary Institute of America on our <a href=”http://www.thejournalnews.com/apps/pbcs.dll/section?category=living05&theme=CIA&template=theme” target=”_blank”> Ask the CIA </a> column, so it was nice to see some folks from there get a tip of the hat.<br> 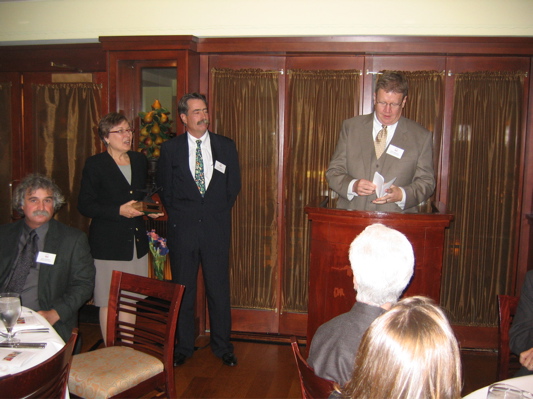 Brad Matthews, the director of purchasing, is at the podium. Paul Wigsten, next to him, is the buyer/purchasing agent. They won the Glynwood Harvest Good Neighbor Award for buying almost $400,000 worth of purchases from Hudson Valley farmers in 2005. At the height of the season, 40 percent of what they bought was local. They bought 3 1/2 tons of mesclun alone. 3 1/2 tons!

I didn’t take photos of the other winners, but they included:

Kaiser Permanente Comprensive Food Policy, who won the Glynwood Harvest Award for Working at the Intersection of Health and Local Food for helping get patients local, seasonal food

Orly Munzing, executive director of The Strolling of the Heifers, who won the Glynwood Harvest Award for the Wave of the Future, for introducing children to farming through a four-day fair where cows stroll down the streets of Battleboro, Vt.

At the meal, I sat next to Brad, who was very humble about his achievements. <br> 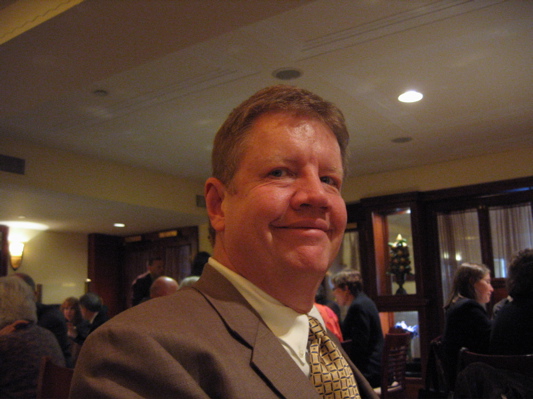 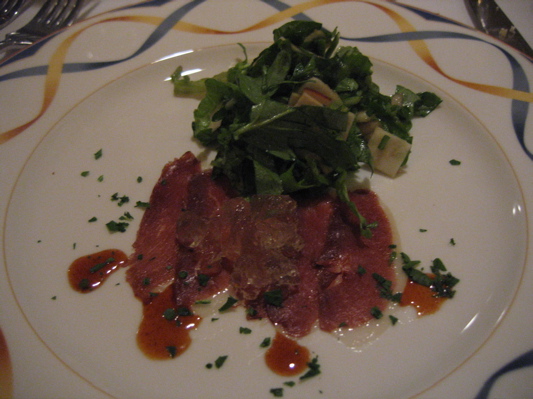 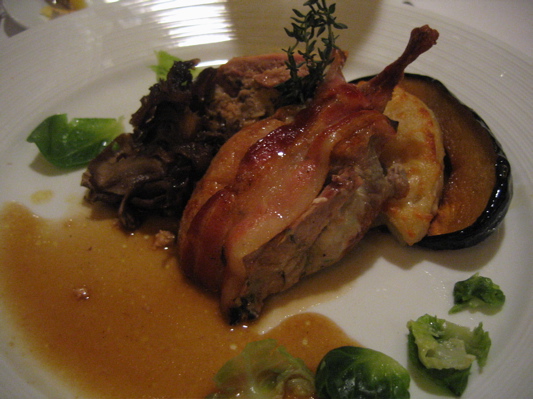 Congratulations to the winners! Know that you can nominate people for next year’s awards at www.glynwood.org.