People are reading
You are at:Home»Food Links We Love»A Visit to Tuthilltown Distillery 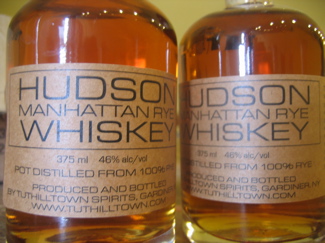 We’re working on a story about the first whiskey made in New York state since before prohibition. It comes to us from a little place in Gardiner, N.Y. called <a href=”http://www.tuthilltown.com/” target=”_blank”> Tuthilltown Spirits. </a>

Gardiner is in Ulster County, a little more than an hour north of Rockland, next to an adorable old Gristmill that is on the National Register of Historic Places: 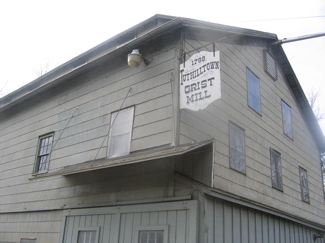 The mill has been around since 1788. Until Tuthilltown Spirits bought it, the mill was used to grind kosher flour out of matzo. Before that, it was a regular flour mill.

Here’s a painting of it Ralph found in the barn: 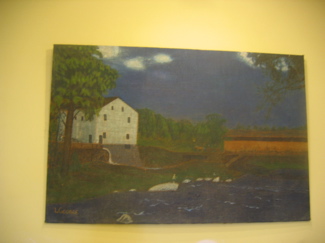 Wow! You might think: They can grind their own grains for spirits! How cool! They could have, until just recently. One of the owners, Ralph Erenzo, sold the property that has the mill and river: 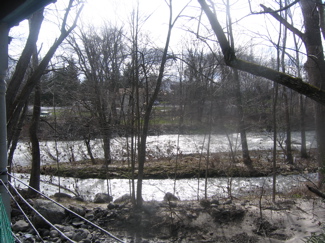 Too bad Ã¢â‚¬â€ because the mill is how Ralph’s partner, Brian Lee, became interested in the distillery. He was a volunteer for many years at Philipsburg Manor, where he became the resident expert on milling.

Now he’s the resident expert on distilling. Unfortunately, I don’t have any photos of Brian (who lives in Suffern, by the way), but we’ll have plenty in the newspaper next week and when a segment airs about Tuthilltown on RNN.

But here’s Ralph, checking the still, which is in a building across the street from the gristmill. 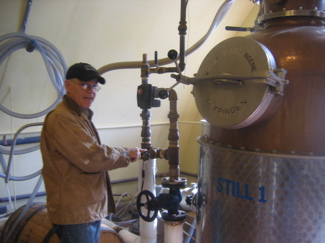 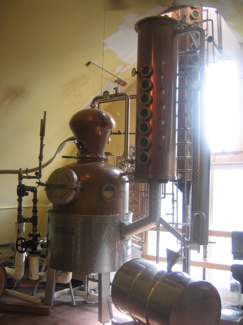 After the booze is distilled (a long process, which we’ll explain briefly in the article), it goes into these wooden barrels to age: 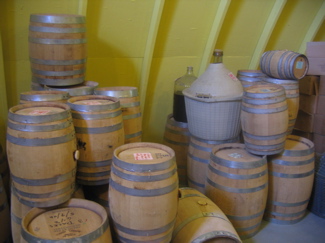 See the little one? That’s one of the barrels they use for their “Baby Bourbon.” They say it’s the first bourbon ever to be produced in New York.

Here’s a photo of a bottle, which I bought at <a href=”http://www.piermontwine.com/ ” target=”_blank”> Piermont Fine Wines & Spirits </a> (along with some wine I bought Ã¢â‚¬â€ please ignore that!) 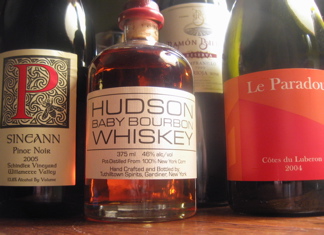 I had a taste at the shop, and I quite like it. It’s expensive though Ã¢â‚¬â€ $40 for a .375. If you’re interested, though, get down there: owner Jung Kim only has four bottles left. (Though there are other retail outlets; check the Tuthilltown web site.)

This kind of craftsmanship is amazing to see in the Hudson Valley. And my favorite part? The relationship it builds among craftsman of all sorts: Brian has asked farmers to grow a special breed of corn for him; and when he’s done using the barrels, a local vinegar-maker buys them.

Stay tuned for more about Tuthilltown Ã¢â‚¬â€ we’re heading to Manhattan on Monday for the launch party at the Four Seasons!