People are reading
You are at:Home»Restaurants»80 West: An Adventure in Seafood 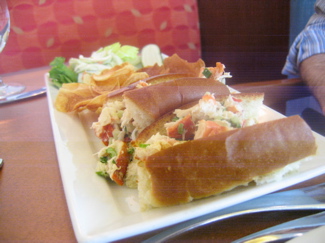 I stopped by 80 West Ã¢â‚¬â€ the restaurant in the Renaissance Hotel in White Plains Ã¢â‚¬â€ for lunch Friday with a friend and colleague. He got the lobster roll.

<br>
The restaurant, which specializes in seafood, is very hip looking. The entrance has an iron sculpture that mimics the trees visible through the large windows: 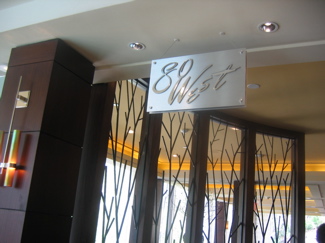 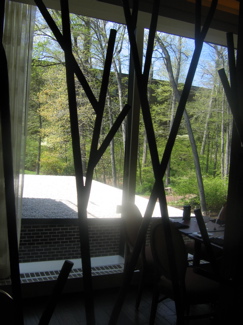 <br>The place opened six weeks ago, and is still under construction. They were working on the driveway overhand in front of the building the day we visited, and they were also landscaping the hill alongside the restaurant. (See the gardener?) 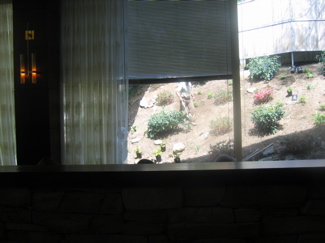 We took a seat in the banquette Ã¢â‚¬â€ 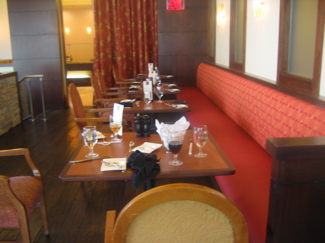 Ã¢â‚¬â€ but we actually had to sit in the chairs instead. I think someone measured wrong when installing the banquette. It makes the seating too low to eat comfortably at the table.

So, back to the food. I got the linguine with clams. 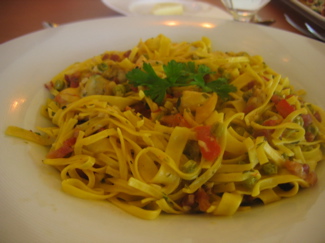 It was OK. I expected clams in the shell, so it looked a little strange when it arrived. But that wasn’t the real problem. There may have been enough sauce to begin with, but I’m pretty sure the dish sat under a heat lamp on the pass for a little while, because the top was crusty and dry. The peas were overcooked, too.

Unfortunately, the mac & cheese we shared didn’t fare any better. Maybe it was because the waiter forgot to order it, so when we asked if it it was on its way, the kitchen had to whip up a batch lickety-split: 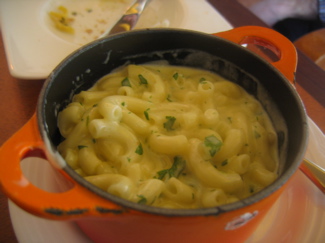 The lobster roll, on the other hand, was a winner:

Big chunks of lobster, not too much mayo, nice bun. The chips were crispy and tasty, too.

My visit was perfunctory, so it’s hard to judge. I’ll give it another try, but I think I’ll stay away from the pasta. 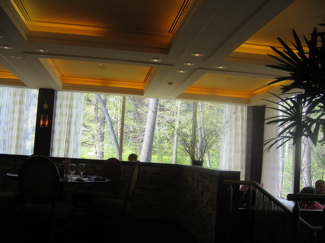