People are reading
You are at:Home»Food Links We Love»Lemongrass in New City

Continuing the quest for the best Thai in LoHud, I visited Lemongrass in New City. We started with the appetizer sampler. 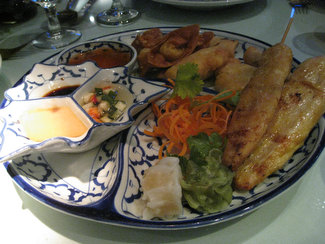 The fried things were crunchy, the dumplings were gooey and the chicken satay was moist. But it wasn’t a stellar start to the meal.

The restaurant has great atmosphere. There are four fish tanks anchoring a raised platform in the center. 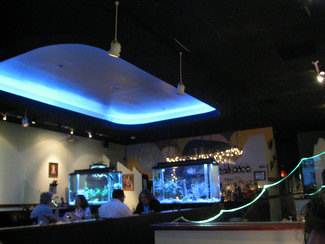 Waist-high walls provide privacy and the lighting is dim enough to be enjoyable but not so dark you can’t read the menu.

Tables are set with flowers and wine, which the staff removes when you sit down: 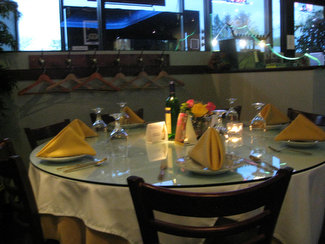 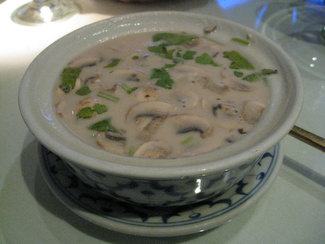 The sliced button mushrooms were raw and there was a weird maple syrup-type aroma coming from the soup. It was OK, but didn’t have any heat (spicy heat, that is) at all.

The duck salad was simply bizarre: 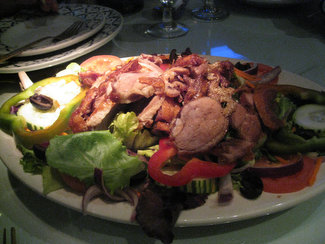 Romaine, raw onion, green peppers and …. olives? This was like a Greek salad with a sesame oil dressing. The duck was cooked fine â€” some crispy, some medium rare â€” but the flavors in this salad were not balanced, not cohesive and not good. 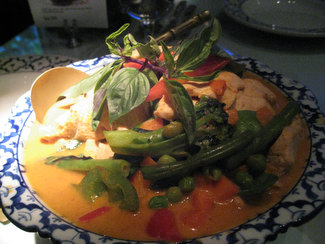 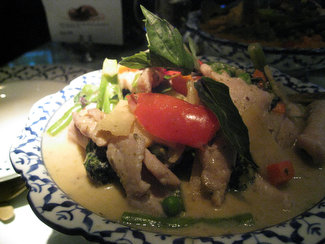 The red wasn’t nuanced, but it was tasty and spicy. The green was a one-note Johnny. It was flat. My mom, who goes to Lemongrass a lot, says this is an anomaly: that normally it burns her lips.

Shrimp with garlic and tamarind: 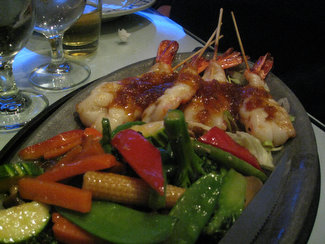 The sauce had notes of sweet and earthiness and the garlic was heavy. Unfortunately the shrimp were stringy. 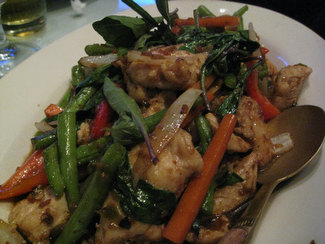 The anise flavor of basil was there and the vegetables were cooked well. One of the best dishes of the night.

A nice touch: they bring your check in a beautiful box. 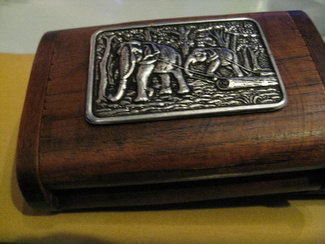