People are reading
You are at:Home»Restaurants»The King and I in Nyack

The first time my husband ever tried Thai food was eons ago at the King and I in Nyack. The first dish he ever ate was this one, shrimp-and-pork-stuffed squid: 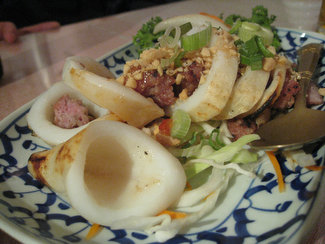 So when I dragged him along with me on my quest for the best Thai in Rockland, we had to order it â€” even if just for nostaglia’s sake. Unfortunately that’s about all it was good for. But there were redeeming qualities at the restaurant, including a delicious masaman curry and the best service I’ve had in a long time.

The King and I has had a minor face-lift and it’s quite comfortable: 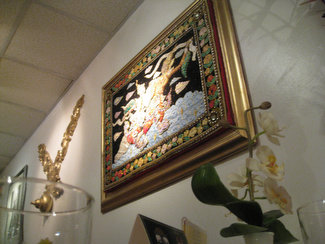 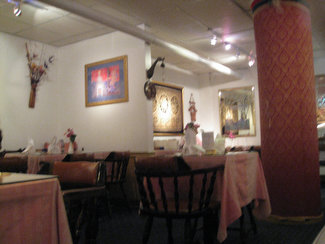 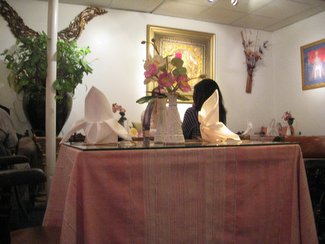 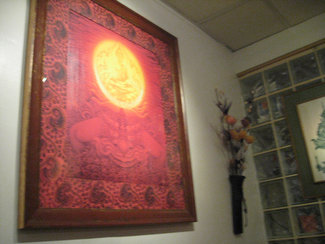 Besides the squid, which was fine but rather bland (except for the sauce on the bottom of the plate, which was too sweet), we started with the tom kai gai soup: 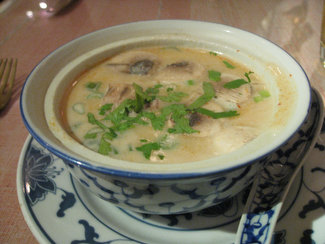 This too, was a little sweet, but I think most people â€” especially those new to Thai food â€” will find it good.

The dressing on the duck salad was out-of-sight. 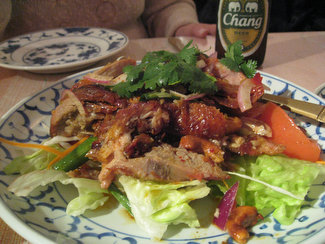 By the way, note the Chang beer? That’s what really got our waitress talking. She explained that it’s a fairly new beer (as opposed to Singha, which has been around a while) and that Chang means elephant and also stands for good luck. The staff was very friendly and accommodating and really went out of their way to make sure we had a good meal.

Another great dish is the masamaan curry: 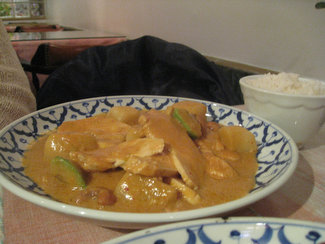 This is where you can really see the Indian influences in Thai cooking. The curry is sweet yet spicy and has the depth that comes with the sultry spices like cinnamon and cardamom. I think this is the dish the King and I does best. 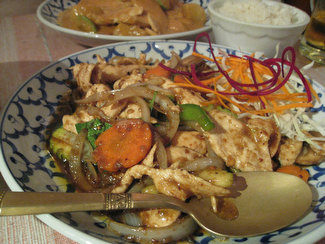 Note the contrast to the masaman. If Masaman exemplifies the Indian influences, this dish embodies the Chinese ones. The brown sauce was thick and rich, but not quite spicy enough for me. I prefer more chili. 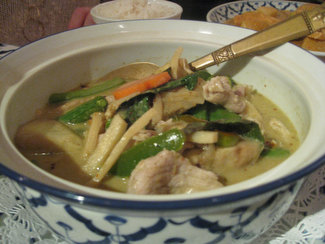 I’m sorry to say, it was just awful. It tasted of soap and Pledge. There was way too much galangal and kaffir lime. I found it inedible. (I have to also point out that my husband, on the other hand, actually liked it. But he’s not the one writing this blog!)

I asked our extremely friendly waitress what her recommendation would be for a signature dish. She said duck. The flaming duck: 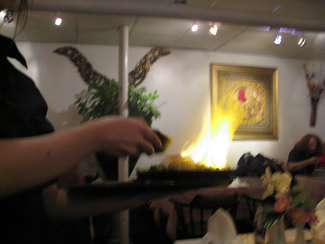 It comes with red curry sauce: 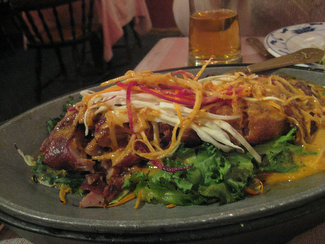 This duck was also overcooked and dry, but the curry was tasty and balanced. I think the message here is don’t worry about the theatrics, just cook the food well.

The check comes in a darling little box: 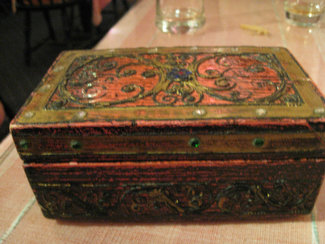 And there is a beautiful Buddha and lotus flower cove in the front of the restaurant: 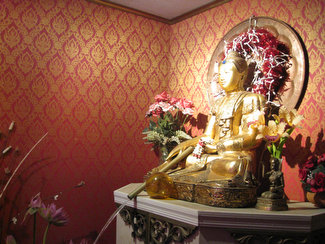 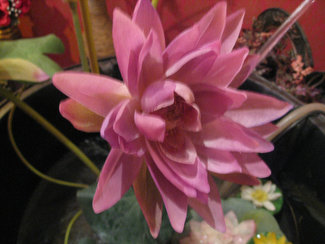 The King and I had the most friendly service I’ve seen in my Thai travels so far, and the masaman curry is absolutely delicious. Stay away from the green curry and you can have a great meal here.