People are reading
You are at:Home»Restaurants»Spoon Asian Fusion in Chappaqua

I made it to Spoon, the new Asian Fusion restaurant in Chappaqua the other day. My favorite? The fluke carpaccio with ponzu and truffle: 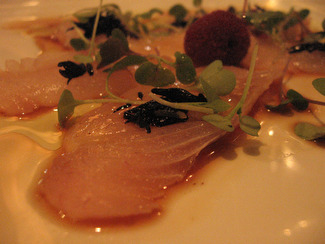 It was delicate and light and just the right texture. The truffle really added a nice zing. Bravo. 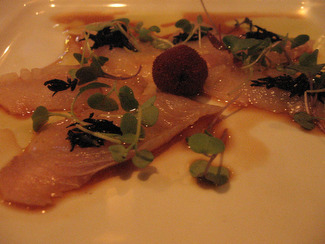 See the yamamomo in the center? It’s a pickled Japanese mountain peach and it’s a lot of fun to eat. Watch out for the pit!

The menu really offers a tour of Asia, from Indian curries to sushi to Chinese, Thai and Japanese fusion-style dishes. You can also have any sort of meal you’re up for. There are appetizers, sushi rolls, small plates and entrees. We tried to tuna pizza, because our waitress said it was a signature dish. 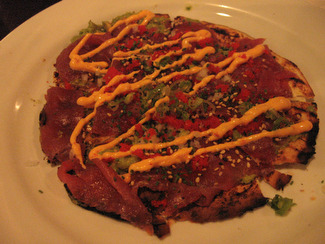 It was pretty tasty, but won’t be for everyone, especially those who don’t care for the mayonnaise-y sauces with their sushi.

The interior does everything to belie its strip mall location. It’s got wood paneling, faux stone finishing and hip lighting. 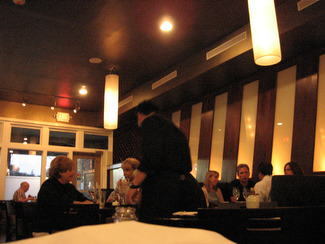 One complaint: It was awful loud. I’m not one to usually mind that kind of thing but I definitely noticed. 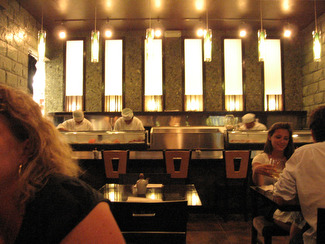 We ordered another signature, the Spoon roll: 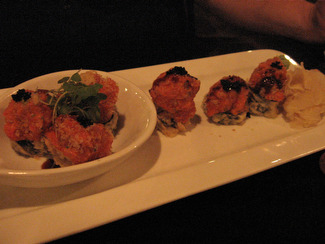 Shrimp tempura and avocado topped with spicy tuna and a dollop of caviar. 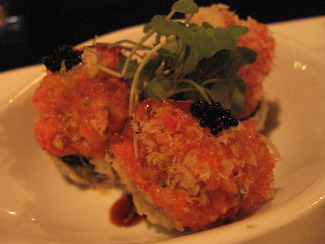 I adored it. (I’m a sucker for a good spicy tuna.)

Here’s my salmon over udon: 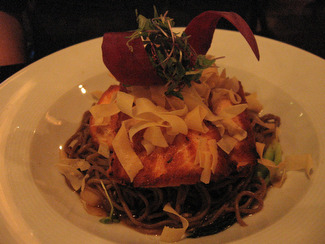 You can probably see from here that it was overcooked. Besides that, the dish was a little flat: 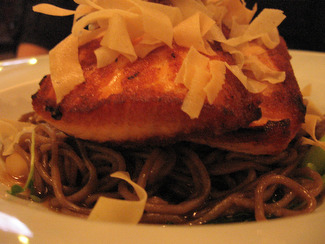 Here was the duck “moo shoo.” Shredded duck with peppers and mushrooms: 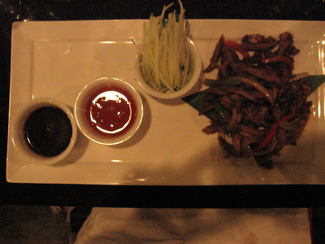 The lightest, most ethereal pancakes I’ve ever had: 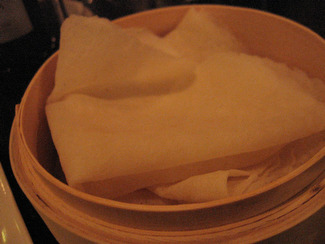 Here’s the little package before I wrapped it up: 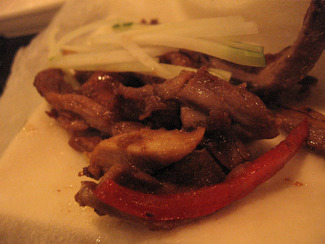 I really liked the dish. Pancakes were great; sauces were great; and it’s always fun to eat a burrito. With all that going on, though, it was hard to tell it was duck.

I don’t normally do this but the bathroom walls were so cool I had to take a pic: 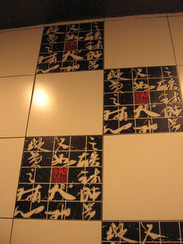 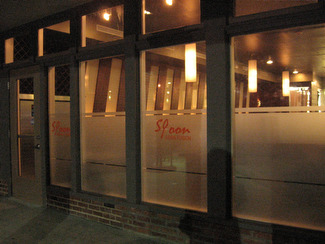 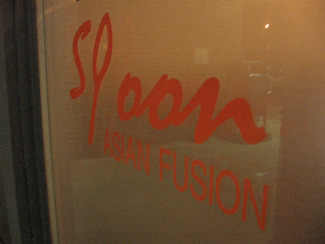 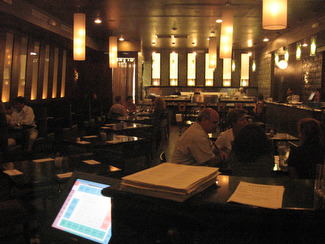 Right now, Spoon is waiting for it’s liquor license. I bought a lovely bottle of Schramsberg blanc de blanc and a half bottle of Caldera pinot noir from Hilltop in the strip mall. (I didn’t know what we were having, so I got both.) 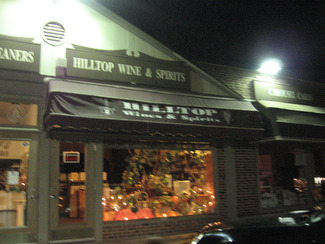 All in all, a nice first impression of Spoon. The food was (mostly) delicious, the staff was engaging and efficient and the space feels cool. I’ll definitely be back when they get their license and the kitchen’s had a bit more practice.