Good morning. Chilly Monday, no? They’re warning of frost in some areas tonight, so if you’re like me and you still have tomatoes on the vine and blueberries on the bush, you might want to cover some things up.

This weekend I planted an apple tree that was a gift from friends and some Russian sage and a butterfly bush I got on sale (10 bucks!) at Rosedale in Hawthorne.On Saturday night I cooked out a new gorgeous cookbook called “Eat Feed Autumn Winter” by Anne Bramley. (Stewart, Tabori & Chang). 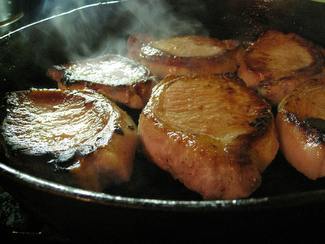 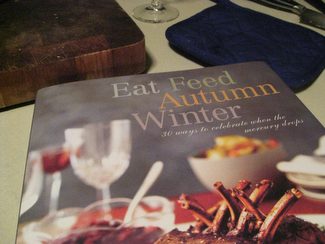 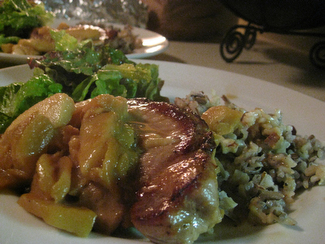 With that, here’s a look at what people have been talking about. Kind of a slow week. Maybe people were out apple picking?

Â The first Carvel in the country shuts its doors. (TJN)
No review in the NYT this week. Instead, Emily asks restaurateurs how they’re managing in the bad economy. Answers from Sterling Smith of Sterling Cafe & Wine Bar, Anthony Goncalves of 42 and Peniche,Vincent Corso of Blue and Graziella’s and Peter Kelly of X20. (NYT)
Been wondering what to order at Sushi Nanase in White Plains? Here’s a couple of don’t-miss dishes. (CH)
NY Mag says root beer is a trend. So with Pumpernickle in Ardsley, which makes its own, we’ve been ahead of the curve, right? (NY Mag)