People are reading
You are at:Home»Recipes»Bread and Pastry»Pie Crust: Step-by-Step Tutorial

This time of year, with apples abundant, a lot of people’s thoughts turn to pie. A while back, I gave you a fool-proof recipe using cream cheese. That one still works great and it’s very easy, especially for beginners. But this weekend, I didn’t have any cream cheese in the house, so I decided to try a different recipe. I used the one in this month’s Food & Wine magazine’s Test Kitchen column. (It’s not on the web yet or I would link to it…) 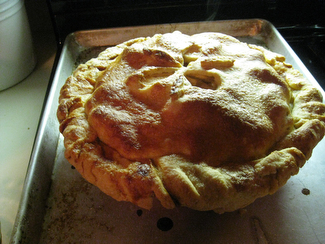 It came out great. Step-by-step instructions, after the jump.

First, cut your butter â€” 2 sticks â€” into small pieces. Put the butter back in the fridge to stay cold. 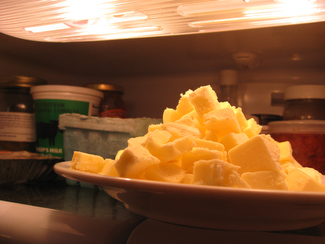 Next, measure your flour into the cup measure with a big spoon and level it off with a knife. That way you know you have the proper amount of flour: 2 1/2 cup. Put it in the food processor with 1/2 teaspoon salt. Pulse a couple times to mix them. 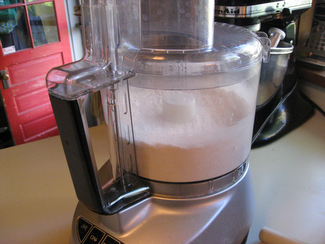 Dump in the butter and pulse a few times until the mixture looks like peas. Then slowly add up to 1/2 cup ice water. You may not need it all. You will know your dough is done if when you pinch it, it holds together like this: 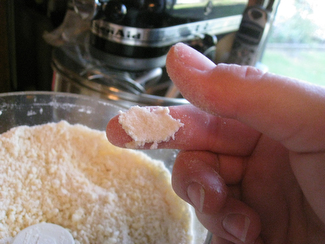 Toss the dough onto the counter. It will look like crumbs: 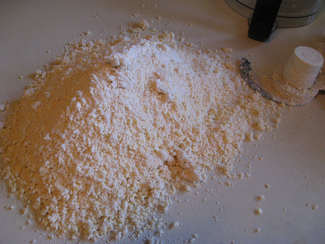 Sort of gather it together: 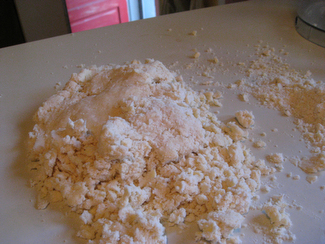 This recipe is for two crusts, so separate in about halves: 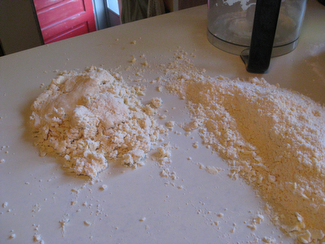 Before you make it into a ball, take the heel of your palm, and push the dough out across the counter: 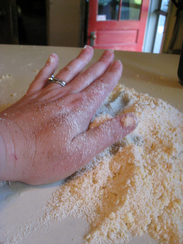 Gather it back together and do it again: 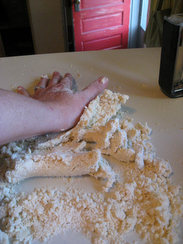 This helps to make streaks out of the butter and results in a flakier crust. Remember, don’t touch the dough too much. You’ll bring out the gluten, which makes the pie crust denser and less flaky. Dolores â€” back on the original post â€” had a great suggestion: treat the dough as if it’s too hot to handle.

Gather it in a ball: 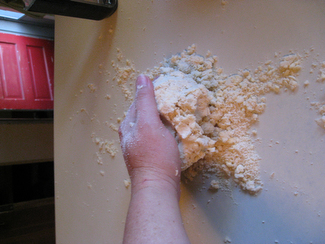 And flatten into a disc: 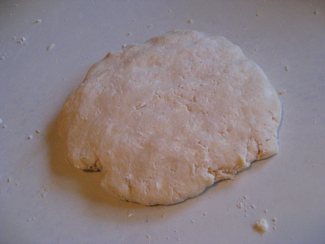 Wrap in plastic wrap and put it in the fridge for at least half an hour; an hour or more is better.

Throw down some flour and start rolling it out. Start from the center and work out toward the top edge, then turn it 1/4 turn and do that again. 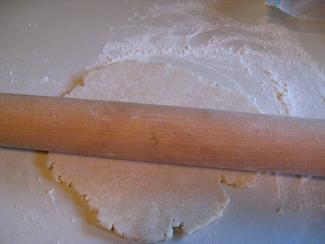 Keep going until it will fit your pie pan. 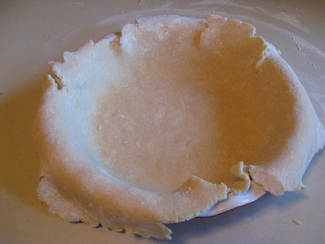 Sometimes it doesn’t quite fit: 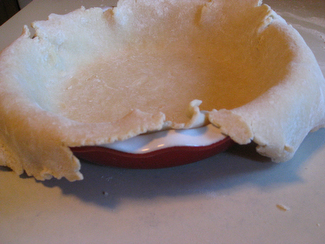 That’s OK. Cut some from another spot where it’s too long and cover it up by pinching them together: After you’ve made your filling (I’ve got another post for that), roll out your second crust. Here’s a good way to move your crust from countertop to pie pan. Pick it up with your rolling pin: 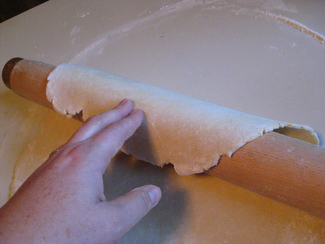 And drape it over the pie, releasing from bottom to top: 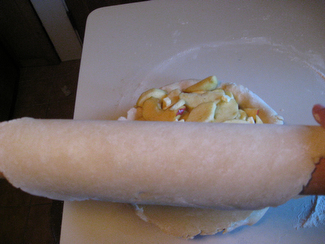 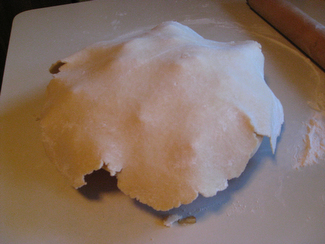 I’m THE WORST when it comes to pretty crimping. Just press the two crusts together and do the best you can. It’ll look more homemade that way, is my thinking: 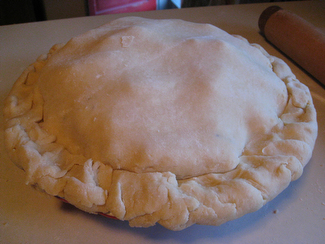 Be sure to cut steam holes. They can just be slits if you like. I decided to get a little fancy. I even drew little veins in my leaves, but you can’t quite see that: 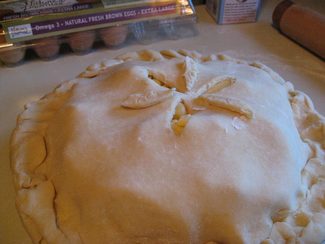 For a pretty brown effect, whisk an egg with a little milk and brush it over the crust before you bake: 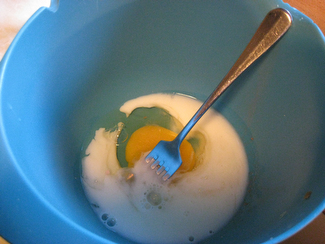 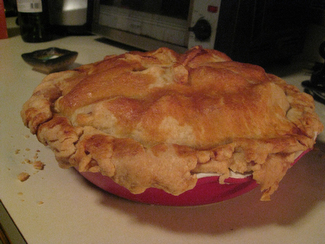 Cube the butter and put it back in the fridge. Measure the flour and salt. Pulse the flour and salt in a food processor, then add the butter and pulse until it is the size of peas. Drizzle on the ice water and pulse until evenly moistened crumbs form; they will stick together when you press the dough between your fingers. Turn out onto a surface and pull the dough together. Run the heel of your palm along the dough a couple three times. Form into two balls and flatten into discs. Wrap in plastic and refrigerate until firm, about an hour.

In a food processor, pulse the