People are reading
You are at:Home»Food Links We Love»Beer & Food Fest: Firefighter Cook-Off

At the Firefighter Cook-Off at this weekendâ€™s Greater New York Beer & Food Festival at the Doubletree Hotel in Tarrytown, we had three Westchester firehouses vying for the top prize of a 53-inch, $10,000 Viking grill. (With that prize, I’m very surprised we didn’t get more entrants!) The winning burger came from Tom “Toby” Tobiasen of Yonkers, who made a chorizo burger with Manchego cheese and chipotle mayo. It was great. 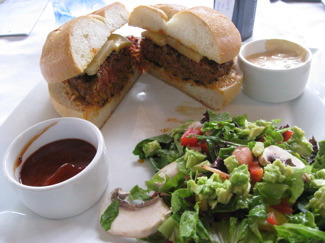 The preliminary round was on Thursday at the Doubletree Hotel in Tarrytown. Three firefighters brought their dishes. The only rule was they had to use their own barbecue sauce. Joe Brefere of Purchase brought braised short ribs, Richard Tom of Elmsford brought a pork loin and Toby Tobiasen brought short ribs with farro. The chef judges â€” Vincent Barcelona of Harvest on Hudson and Half Moon and Daniel Hinder of Monroe College â€” were pretty darn impressed. But considering there were only three entries total, they all went on to qualify.

During the festival, each firefighter was required to make a burger. They also had to use the “secret ingredient” in a side dish. The ingredient was Yuengling beer. (Yeunging was a major sponsor of the festival. Funny how that works isn’t it!) 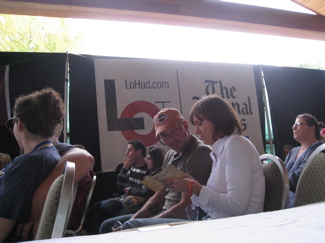 Joe making his burger on the Viking stage. (Viking was another sponsor. The others were Budweiser, Beck’s, the Doubletree Hotel and 107.1 The Peak.) 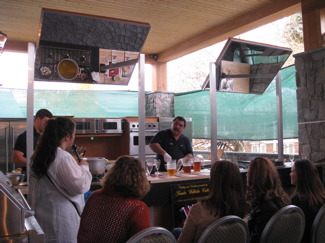 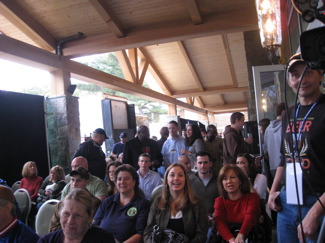 Joe’s burger was stuffed with saga blue cheese. He also fried onion rings in Yeungling and made a killer chili. 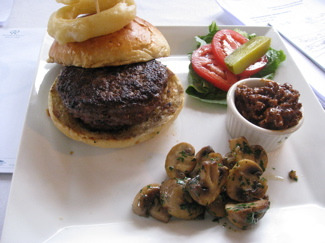 The judges all thought the chili and the mushrooms were amazing. Really great. But the burger was lacking oomph. We wished for more blue cheese in the stuffing, or maybe a bit more S&P in the beef. 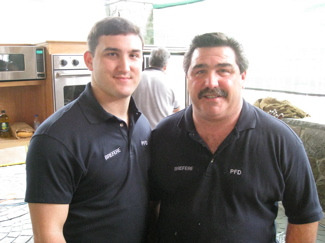 Richard Tom made a portobello-topped burger with a red currant reduction. He’s working hard in the kitchen: 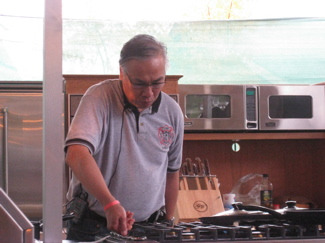 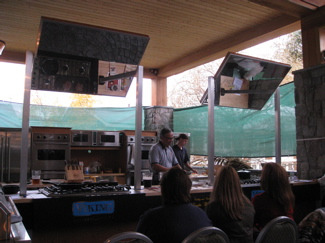 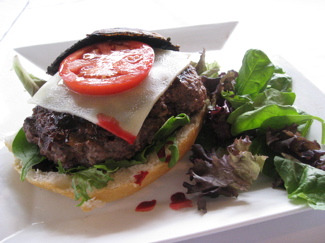 He used Yeungling beer batter to fry a vegetable tempura: 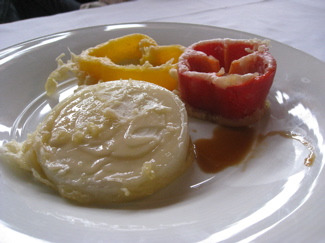 And made three separate dipping sauces: 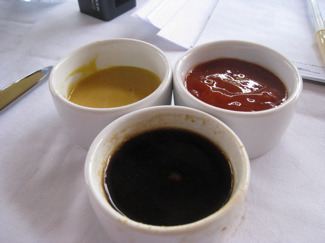 The judges thought his was very creative, but that there were few to many flavors going on. We loved the sauces, though, and admired the use of the mushroom as a top for the burger. Congrats, Richard! 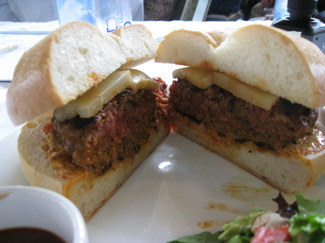 I forgot to take photos of Toby cooking because I was distracted by the audience. Toby blew the judges away with the flavor of the burger itself. The presentation was simple but elegant and the creativity was there too. A slam dunk.

Here’s Richard and Joe just after the annoucement of the winner: 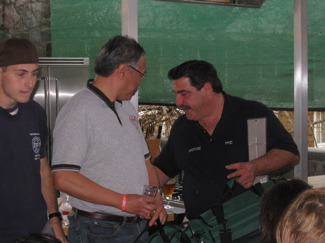 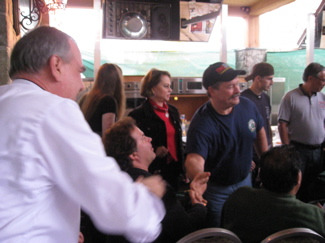 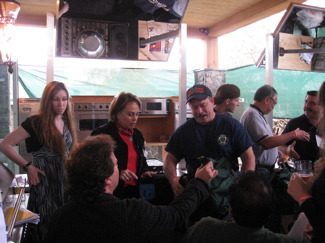