People are reading
You are at:Home»Food Links We Love»Meritage in Scarsdale

Writing two posts about Scarsdale reminded me that I was remiss in not posting about my visit to Meritage a couple months ago. I should have remembered sooner. After all, chef-owner Chris Vergara sometimes stalks me. In a good way.

He, e-mails me photos about the fresh, local produce he’s ordering for his specials. He takes photos of the fluke he caught off the coast of Montauk and the tomatoes and cucumbers he picked from his garden. In other words, this is a food guy.

I’d tasted his cooking before, but only at benefits and parties. So finally, I used the excuse of reporting for a story about upscale Italian restaurants to visit. I knew even though he and partner Jamie Steinthal named the restaurant Meritage – after an American wine classification to signify their committment to “blending different culinary techniques from various heritages” – that with dishes like Linguine Bottarga on his menu, he had an Italian bias. 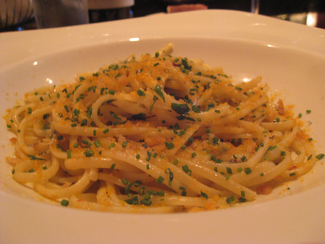 It was a Sunday night, and the dining room was empty. (It’s white tablecloth and comfortable, but strip-mall suburban with drop ceilings, Rothko prints, sconces and mirrors.) 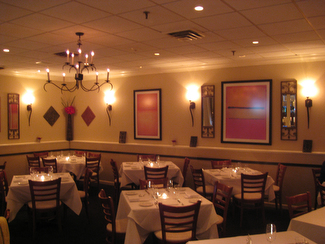 So we took two seats at the granite bar. A few patrons took to bantering – the last game at Yankee stadium, the benefit at the country club – and we felt immediately welcomed as regulars. 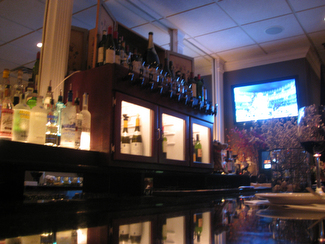 Everything on the menu looked so tempting, so modern, so good. So we ordered three courses.

It started with a gift from Chris, eggplant and fresh ricotta bruschetta: 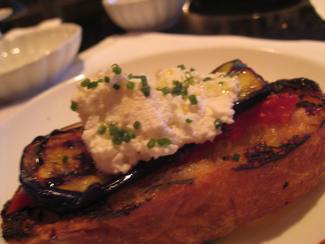 Then our first courses.

Duck confit over frisee was crisp and sweet and and juicy and bitter all at once. 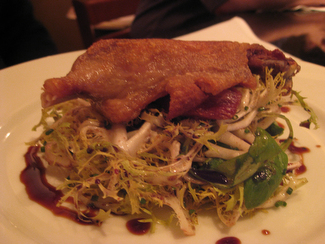 A seafood soup with tomato broth and tarragon and the freshest halibut that melted in my mouth. 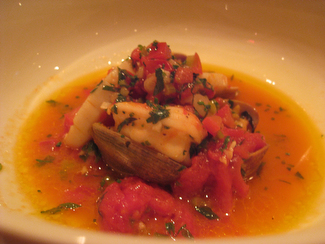 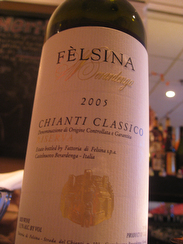 Bolognese was sweet and meaty: 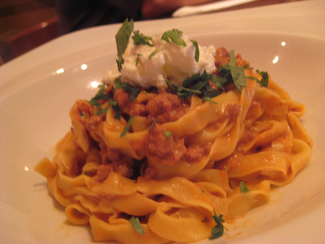 Our neighbors were engaged with the game: 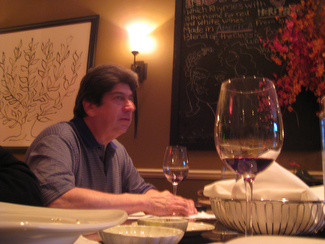 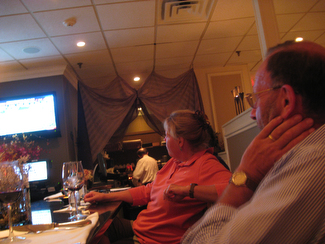 Chicken paillard. A lesser restaurant would take such a simple dish for granted. Here it shows the prowess of a guy who’s not afraid to let ingredients stand on their own. 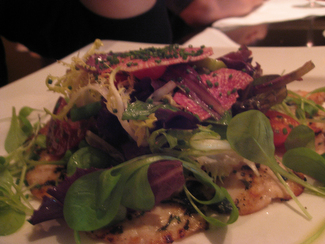 When it gets really cold, order this. Braised veal with root vegetables. 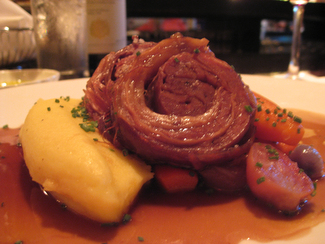 This dish was the perfect way to sum up Vergara’s cooking: simple, gutsy and very flavorful.

Desserts are not an after thought. Delicious apple: 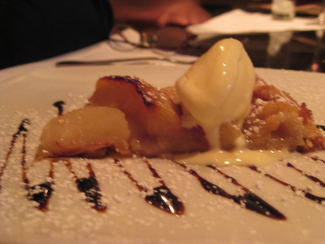 Cheesecake. Made by “the cheesecake lady” who drops them off at the restuarant: 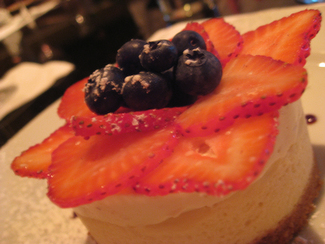 A sinful bread pudding, which Chris just made up because someone told him he had to have chocolate on the menu. Now he can’t take it off the menu. 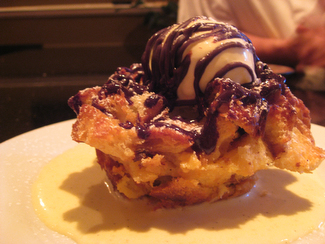 After dinner, Chris came out to talk to the folks. That’s Jamie on the right: 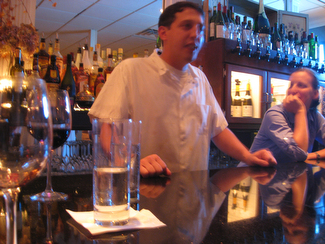 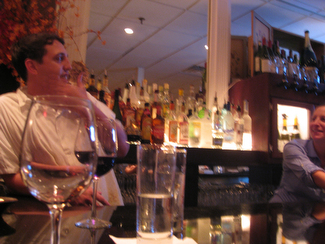 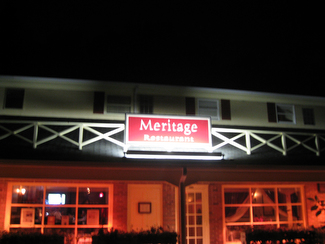