People are reading
You are at:Home»Food Links We Love»Ginban Opens in Mamaroneck

I went to the opening of Ginban in Mamaroneck on Monday night. Sorry for the delay in posting, but the holiday season makes it tough.. lots of people on vacation this week! Anyway, Ginban is part of a growing restaurant empire owned by Andy Lin. 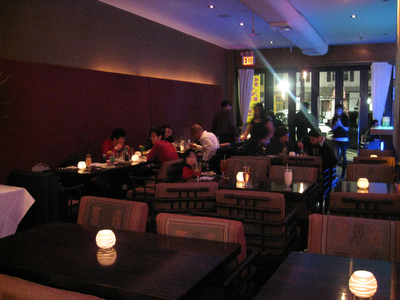 He also owns Asian Temptation in White Plains, Temptation Tea House and Okinawa, both in Mount Kisco, and another Okinawa in Yorktown Heights. (He’s planning to open a hibachi-style restaurant called Impulse in White Plains next year and is also working on a new Okinawa in Ossining.)

He’s got a proven formula and he definitely knows how to draw crowds. 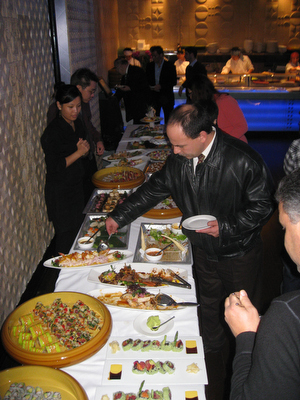 He put out a nice spread for the party. A look, after the jump: 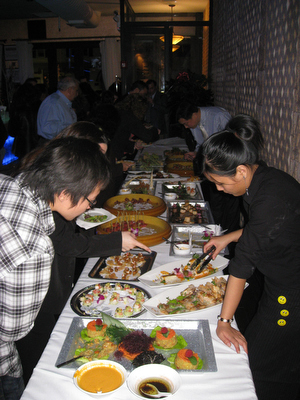 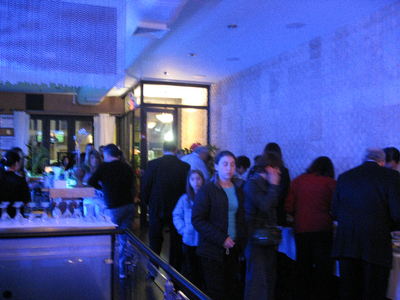 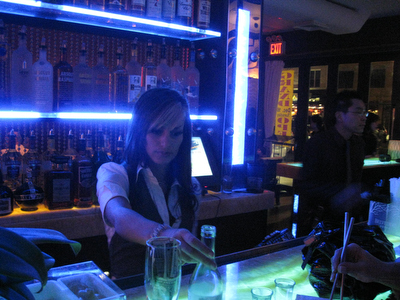 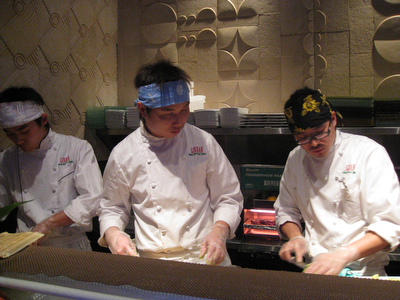 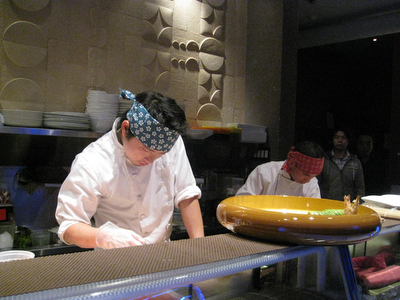 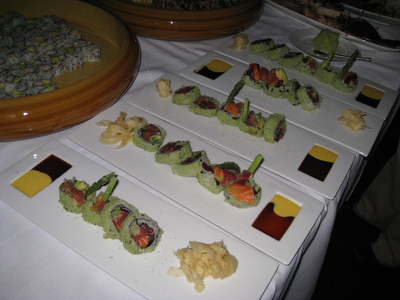 The lobster roll (green) was delishy: 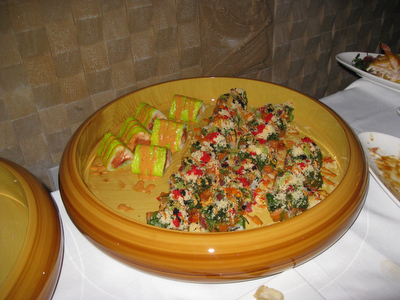 Two chicken dishes. I did not taste: 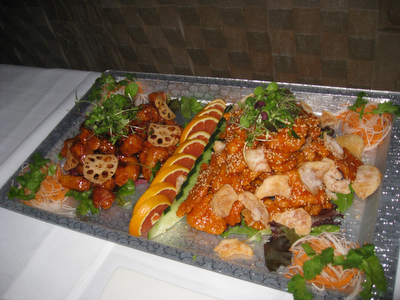 This was tuna on watermelon. It was actually delicious. And see the little salt crystals on top o the fish? Great: 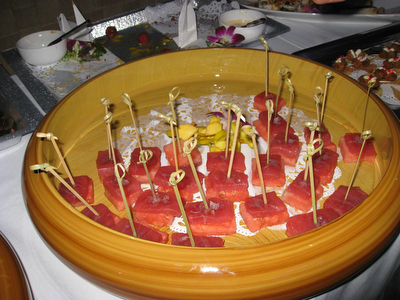 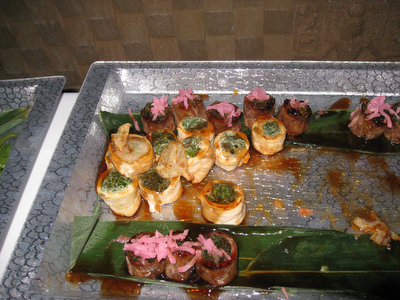 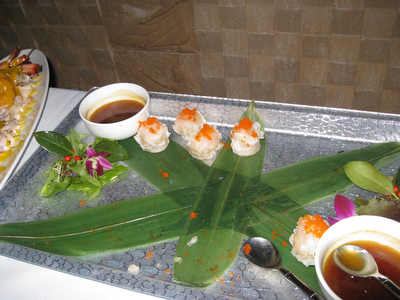 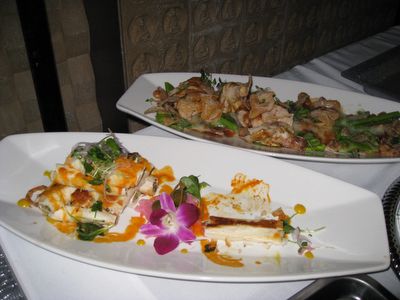 From what I tasted, all the food was good. Much like that at Asian Temptation.. 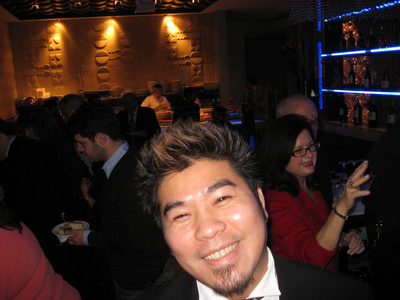 Surrounded by the crowd: 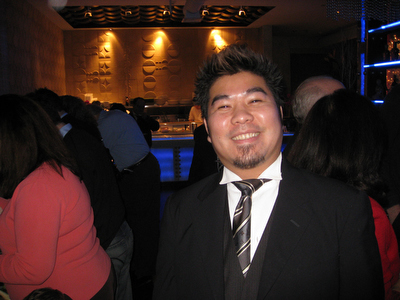 Lin was originally going to call the restaurant Umami (and that sign was outside on Monday) but he says he’s changing it. There’s already a restaurant called Umami in Croton. 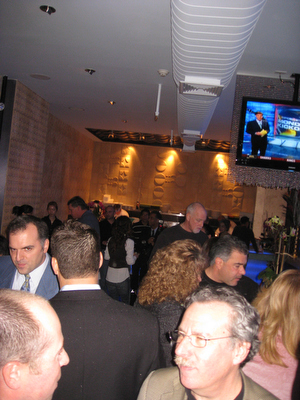