I was out and about all weekend, so I don’t have any recipes to share in this edition of Local Links. On Friday, I attended the opening party at the Rye Grill; on Sunday, I went to the sausage dinner at Blue Hill at Stone Barns. So look forward to those posts coming up later today.

I have a ton of photos and video from Rye Grill. But for now, here’s a tease: the first drinks are served and long-time customers welcome each other back: 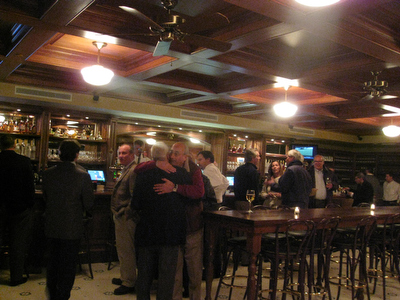 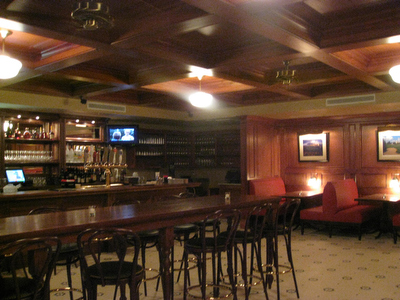 A look at the upstairs bar and dining area: 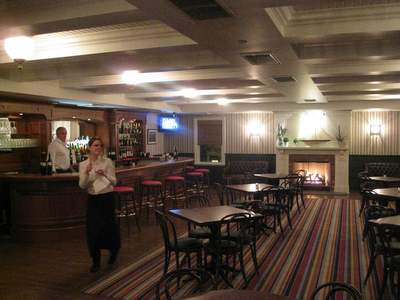 From the downstairs bar looking at the main dining room: 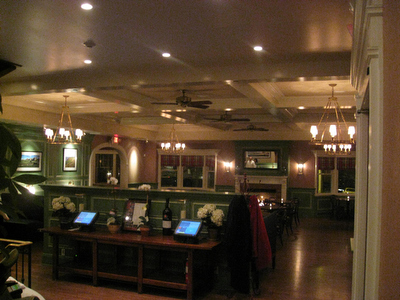 I promise to put together an extensive post later today, and look for our story about the opening in tomorrow’s JN.

Now, on with what everyone else has been talking about this weekend:

Yet another Excellent from the Gray lady, this time for Sonora in Port Chester. MH say “a bit of flash and dash has been lost, but Mr. Palomino continues to please diners with the wonderfully sophisticated combinations that remain.” (NYT)

Also on Sonora:
Chowhound weighs in.
My visit to Sonora during 2008 Hudson Valley Restaurant Week.

Doug also loves the Tarry Lodge in Port Chester. (HT)
Westchester Eats visits the Wobble Cafe in Ossining and Mint in Tarrytown. (WE)
Wine Goddess has some sad news about Rivendell Winery: it closed in December. (WG)

Lots of chatter on Chowhound this weekend:
Barnacle BBQ in Mamaroneck getting mixed reviews. (Also: The 411 on Barnacle.)
Sakura in Scarsdale to become Tengda.
City Limits in The Westchester closed.
Mixed reviews on Ginban in Mamaroneck.
What’s at the Briarcliff Indoor Farmers Market.