People are reading
You are at:Home»review»Bar Vivace in Mamaroneck

I ducked into Bar Vivace the other night for a pizza and a pasta at the bar. I liked the pasta very much: 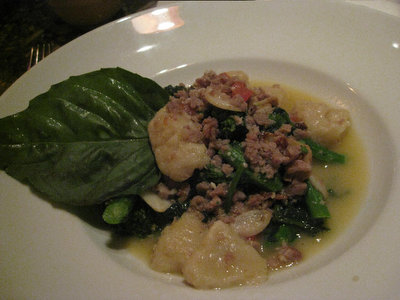 It’s gnocchi, which they make themselves in house, with sausage and broccoli rabe. I think they’d figured out who I was by this point, so they dressed up the dish with a big basil leaf for a garnish for the photo.

My friend and I actually split the dish. Here’s her portion: 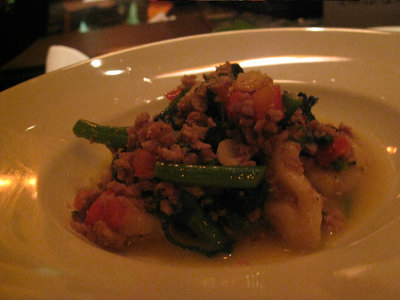 On the bar were olives and this tasty bruchetta spread of beans with herbs: 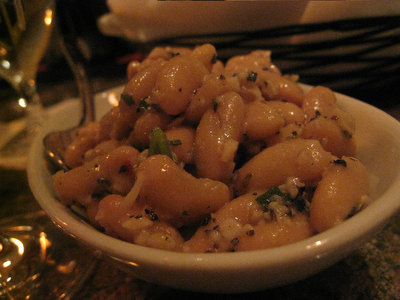 We started with the watercress salad with bacon and mushrooms: 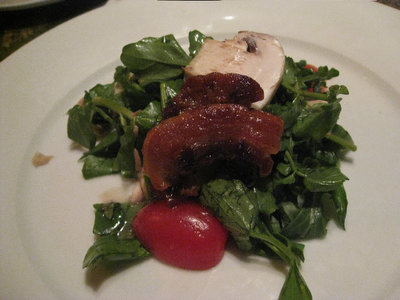 A good idea, but the plates were freezing cold, the bacon was too hard and the mushrooms were raw. Make those few changes and this could have been a winner. The idea is good.

We also tried a magherita pizza: 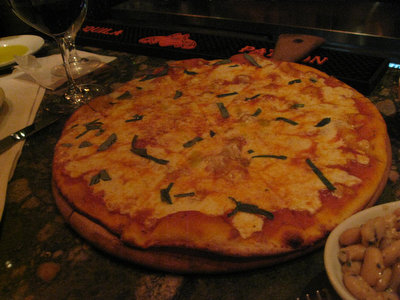 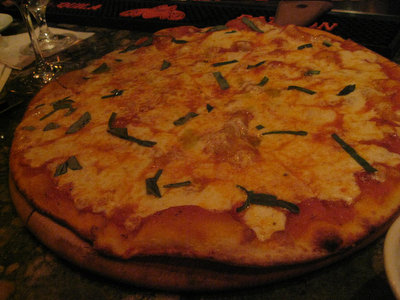 The owner told us he bought the restaurant for its brick oven. That makes it all the more disappointing that the pizza was not my favorite. The sauce was too sweet, and instead of being light and airy and crispy, the dough was rather droopy and wet. As you can see there are chars on the side of the crust, so I’m not sure what they’re doing wrong.

The pasta, on the other hand, was quite delicious.

A very nice balance of bitter from the rabe and sweet from the sausage. And the gnocchi was light and tasty. I only tasted three things from the menu so far, so I can’t really judge. But sticking with the pastas seems a good way to go at Bar Vivace. And it’s very convenient — right across from the train station in Mamaroneck. 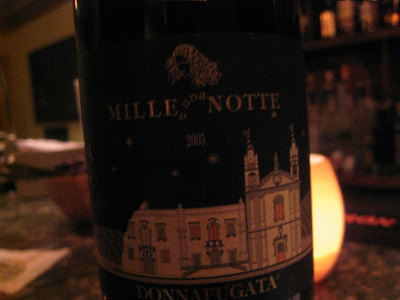 — and we offered the bartender a glass. She couldn’t — she was whitening her teeth — but the owner accepted one. And after that, he waved the $30 corkage fee. Very sweet indeed.