People are reading
You are at:Home»Restaurants»Lunch at Morello Bistro in Greenwich

The week before I was off, I went to Morello Bistro for a big lunch. I hadn’t been since it was Gaia way back when, and though it looks sort of similar, it feels more relaxed now. (The owners are the same.) We shared several courses, including a delicious branzino: 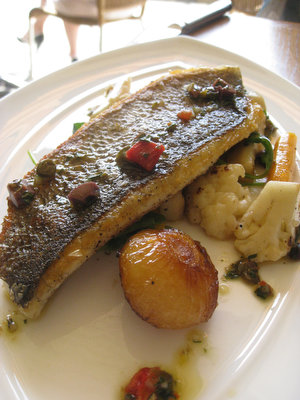 The restaurant is right on Greenwich Avenue and opens onto the street. Great on a nice day. 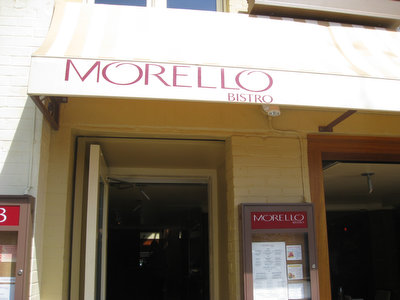 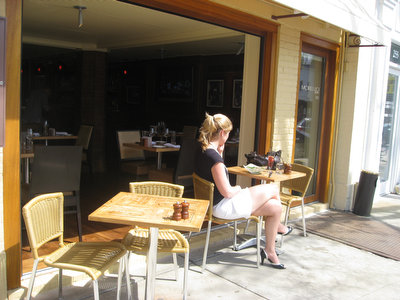 Inside there are stunning arches lined in light brick-colored subway tile: 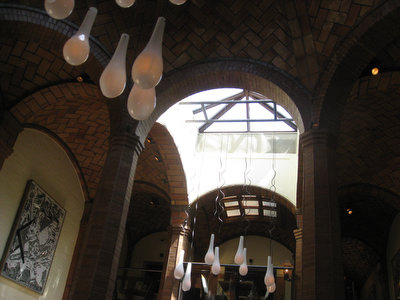 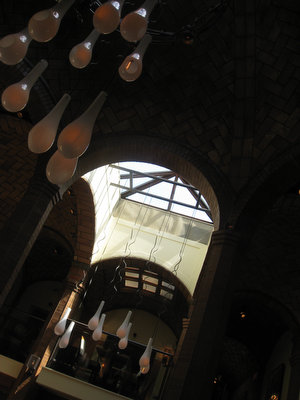 Indeed, restaurant was designed by a relative of Guastavino in his style. 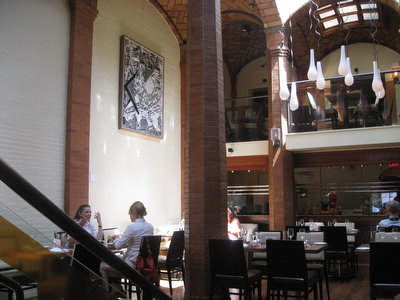 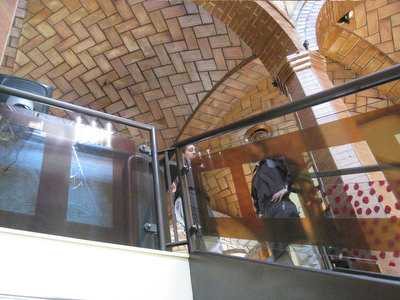 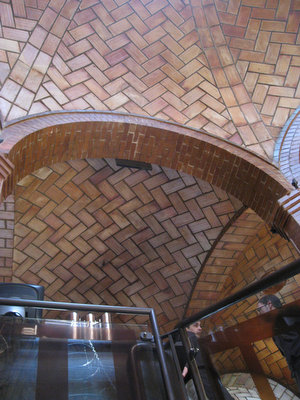 I grabbed a seat at the bar while I waited for my date. 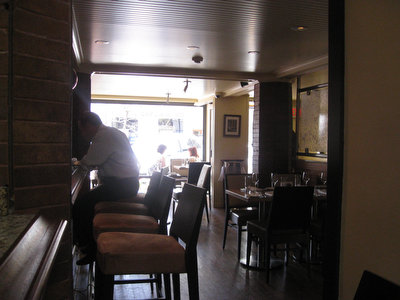 The restaurant is owned by the Marion Abela Restaurant Corporation (MARC) group of London, which also owns A Voce in Manhattan. Executive Chef Townsend Wentz used to work at A Voce, and also at Twenty21 in Philadelphia. 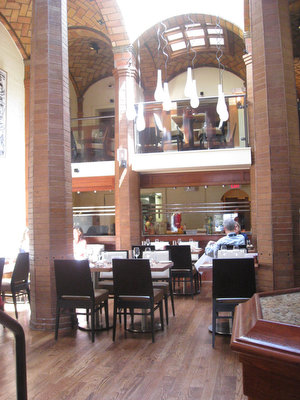 The restaurant has a mammoth wine list — and it’s not cheap. But an oenophile could certainly have a ball here.

We took a table near the open doors in front and started with the octopus salad: 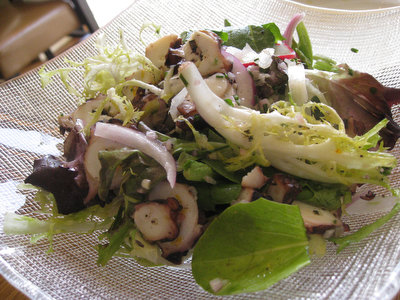 Served with frisee, radish, fennel and lemon vinaigrette.It was light, bright and refreshing and the octopi were cooked well — no chewiness here.

Next were the fried artichokes: 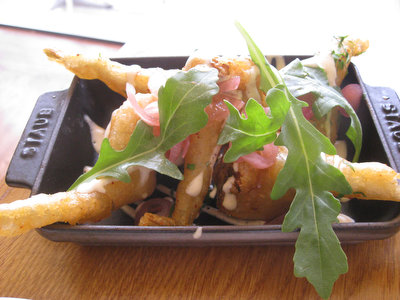 These were airy and crisp. 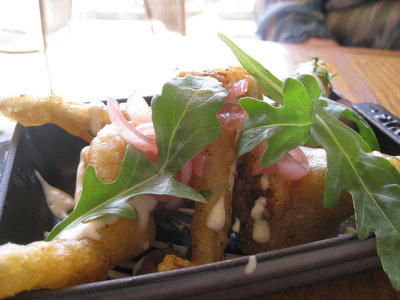 I love the meaty, earthy taste of artichokes, and these were tempered nicely with a little garlic-anchovy sauce. If you can do fried right, there’s talent in the kitchen. 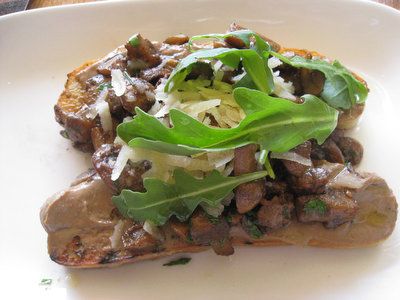 My friend told me I was going to crave these after we were done and she was right: 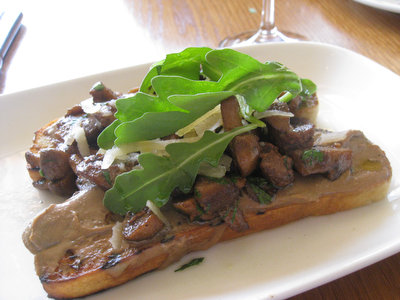 The texture of the mushrooms really gave this dish a pop.

And the next dish was a real winner: 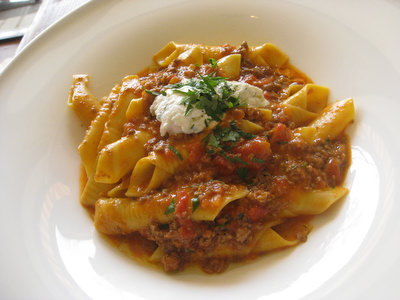 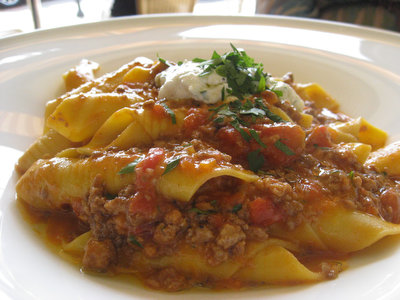 Lots of depth in the sauce — sweetness here; meatiness there — and the pasta were feathery.

The final course that we shared was the branzino, which came with baby fennel, potato and Prosecco sauce: 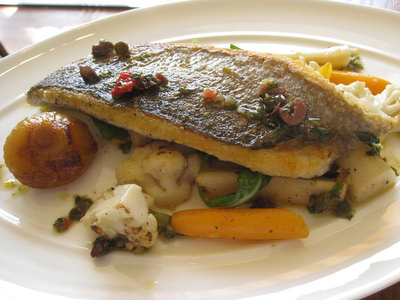 Each vegetable — carrot, bok choy, cauliflower, onion — was cooked to its own perfection, then brought together for the plate. And the sauce didn’t overwhelm the fish: it was allowed to stand on its own. A great dish, too.

I’m already dying to go back. It’s just over the border, after all.