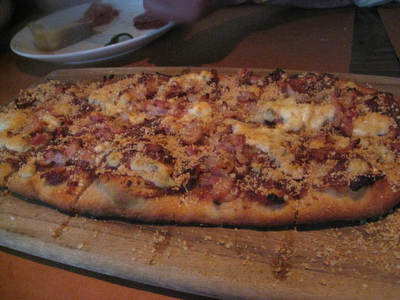 This one had figs, bacon and gorgonzola. It was delicious.

We had a bunch of other tapas, too, but for FP’s sake, I gotta show you the sliders. 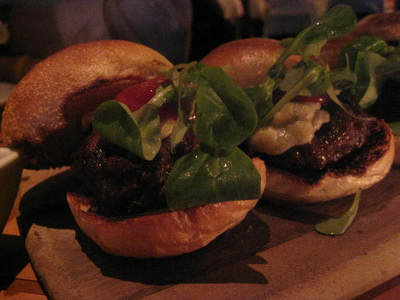 On Saturday I hit a terrific estate sale in Dobbs Ferry where I picked up this lovely fish poacher for a cool five bucks: 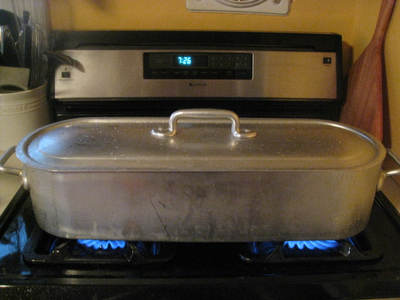 Then I went to Q Restaurant for lunch — and to pick up takeout for dinner. My husband and I shared wings. I ate two. But we finished the fries: 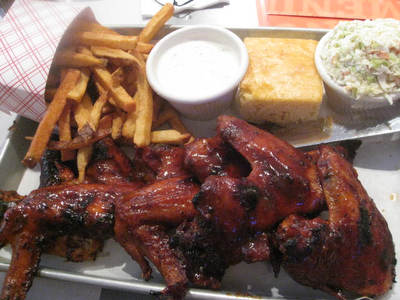 Then we stopped by Mount Kisco Seafood to pick up some salmon for my new poacher. And, since we’re doing a story on ice cream, I had to stop by La Tulipe for its famous blood orange sorbet. 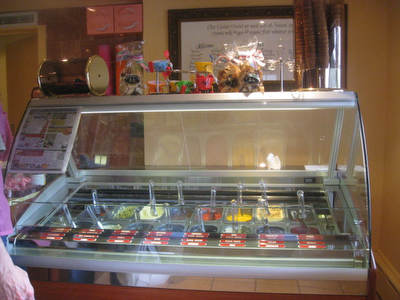 We got a pint of that and one of the almond pound cakes. We served it for dessert after this (oh-so-good-for-you) meal: 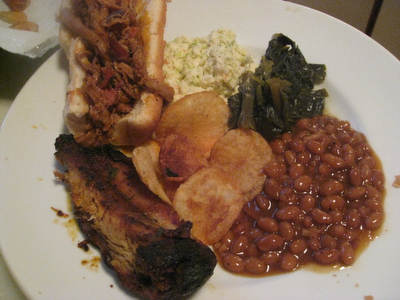 Oh and did I mention we picked up some Rainbeau Ridge fresh goat cheese (the ash version) at Mount Kisco Seafood? 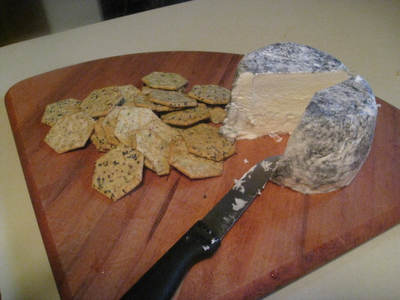 On Sunday night, I poached the salmon: 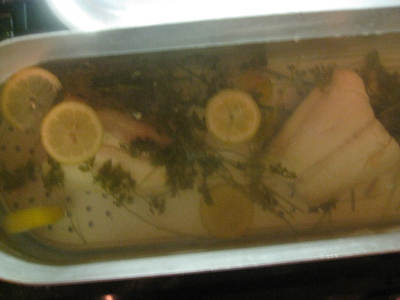 I”m planning on shredded it into pasta salad with lemon mayo, cucumber and dill. Any other suggestions?

And with that. I’m ready for a salad.

Here’s what people have been talking about during my weekend of pizza, burgers and barbecue:

Meanwhile, over on Craiglist:
Bistro Citron is looking for a chef.
Le Pain Quotidien is opening in Rye.
A new Mexican restaurant is coming to Greenwich.