Good morning (almost afternoon!) and happy Fourth! What a fun weekend I had. I feel like this staycation thing is actually kind of fun! I started out the weekend right with sangria and tapas at Milonga Wine & Tapas in North White Plains. The sangria, eh, not so much: 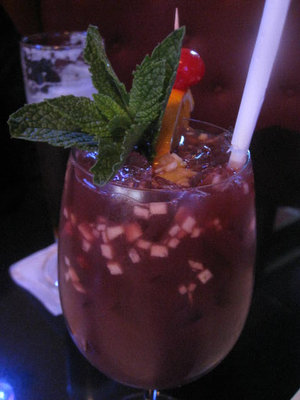 But the tapas were very good indeed, especially the ceviche: 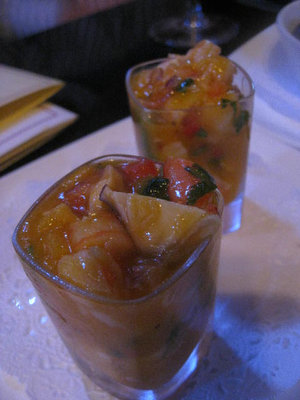 I think the restaurant has a little bit of an identity crisis, but more on that with my post later.

On Friday — after a 16-mile bike ride that included the Joseph B. Clark Rail Trail from Orangeburg to Tappan via Sparkill — I hit Wasabi Grill in New City, but forgot my still camera. That’s OK.. .video saved the day. I’ll be putting together a package on that restaurant later in the week. For now, here’s my earlier post on Wasabi Grill.

Saturday, after another bike ride, this one to Nyack Beach State Park, my husband and I got together with the neighbors for an all-around American cookout of chipotle-marinated skirt steak tacos with grilled onions and poblanos, green rice and roasted beet salad with goat cheese and cilantro. We started with watermelon margaritas (recipe coming soon!): 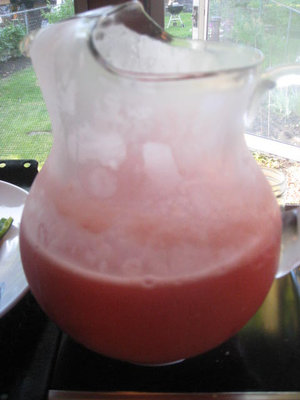 Earlier in the day, I had picked 3 quarts of blueberries from our bushes. They are just teeming: 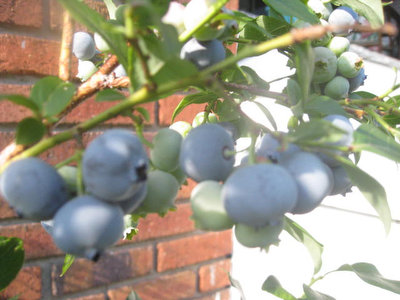 Our neighbor is a pastry chef — she’s working at Abigail Kirsch right now — and she used our berries to make this amazing blueberry tart with homemade blueberry compote. She even put rosemary in the crust: 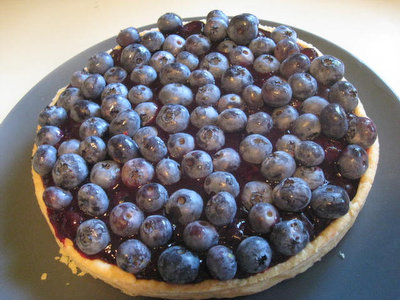 But back to dinner… with our margaritas we had ceviche made with the scallops we bought from the Pure Vida Fisheries at the Pleasantville Farmers Market. Oh my god they were good. 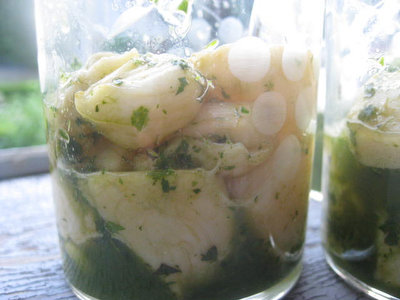 I also made two salsa and guac. 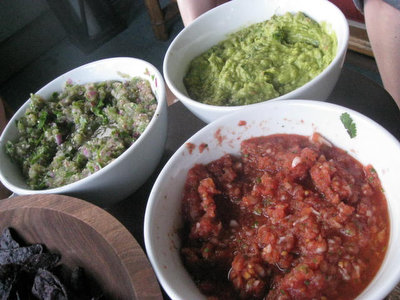 One was tomatillo, serrano, red onion and cilantro; the other San Marzanos with white onion, jalapeno and cilantro. I swear — making both took less than 5 minutes with the food processor and I don’t think I’ll ever buy jarred salsa again. I make my guac by mashing avocadoes and adding a bit of the red salsa to it, a sprinkle of lime juice and a dusting of extra cilantro.

Supper in the back yard: 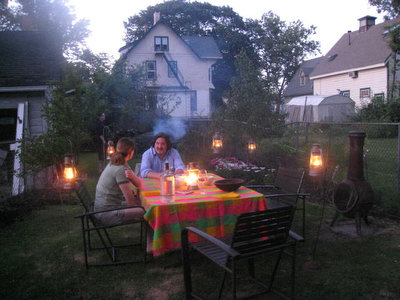 Beets from the neighbor’s garden, goat cheese from Rainbeau Ridge, green rice (with stuff from C-Town!), skirt steak from Cowberry Crossing (Hudson, NY) from the P’ville market, and onions and poblanos from my garden. Sorry — the tortillas were not homemade, though! 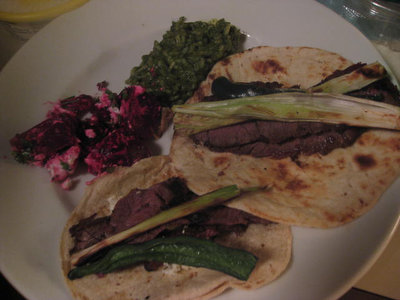 And yes, it was a fun party. We ended the evening with some local booze, pear brandy from American Fruits by Warwick Valley. 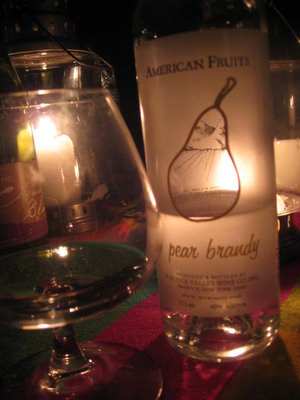 On Sunday, after Wimbledon (poor Andy!) more exercise — a hike on the trail to the crest of the mountain at Buttermilk Falls — and then the Mostly Music concert in Memorial Park in Nyack: 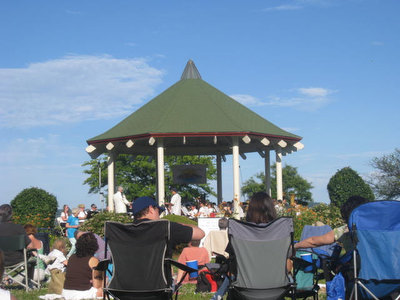 We took a picnic. I love this table we got at Crate & Barrel just for picnics and the beach. It rolls up into a bag you can carry over your shoulder: 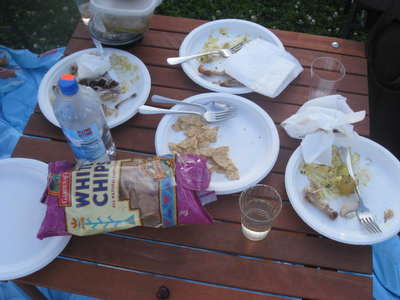 For supper, leftover salsa and guac, a few cherries, and then hickory smoked chicken and potato salad (recipes later): 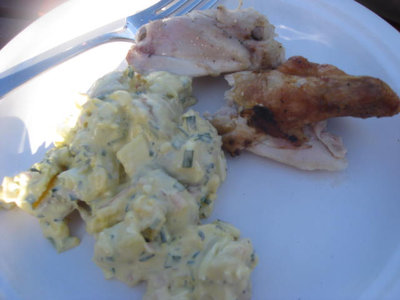 A bottle of rose and a rousing rendition of Stars & Stripes forever. And for dessert? Why, leftover Sour Cherry Pie, of course!

And with that, here’s what people have been talking about while I was enjoying my staycation!

MH likes Milonga Wine & Tapas in White Plains. (NYT) (I went on Thursday… my post coming soon.)
Alice goes to Fountainhead in Bedford. (NYT)
Debbie lets us know about the Hudson Valley’s first farm distillery whiskey tasting room at Tuthilltown Spirits. (HVWG).
Miki goes to X20 in Yonkers for its special Fourth of July celebration dinner. (SSS)
Doug checks out the new Le Pain Quotidien in Rye. (HT)
The Chowhounds discuss Le Pain Quotidien, too. (CH)
Sunday brunch at Restaurant X? (CH)
Farmhouse at Bedford Post. (CH)
Where to eat in Southern Rockland County. (CH)
Chowhounds wonder when Haiku in White Plains will open. (CH) (The answer here.)
Housesitting in Westchester… where to eat? (CH)
A chowhounder must’ve read my Frank’s Food Court post… and is wondering what to eat there? (CH)
What Bronxville restaurants are worth it? (CH)
Kenny Brieman leaves X20 to open The Terrace Club in Mahopac. (CH)
More on Half Moon in Dobbs Ferry. (CH)