People are reading
You are at:Home»Food Links We Love»New French in Pelham: Bistro Rollin

Chef Manny Lozano, a Mamaroneck resident who for seven years was the sous-chef at the French bistro, L’Absinthe in Manhattan, is behind the stove at Bistro Rollin, a new restaurant in Pelham that owners Barbara and Arthur Bratone named after the street in the 5e arrondissment in Paris where they lived for several months. 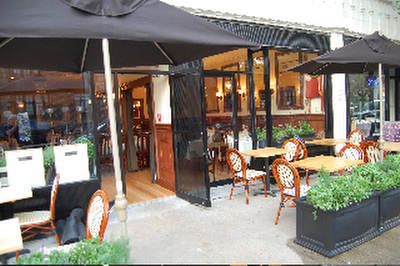 It even looks French, doesn’t it? The menu is very French: escargot, roast pork, mussels, half-roast chicken, and, my personal favorite: frisee salad with lardons and a poached egg. Entrees are about $20. The wine list is well-balanced and reasonable, and includes three rosés for summer, too. 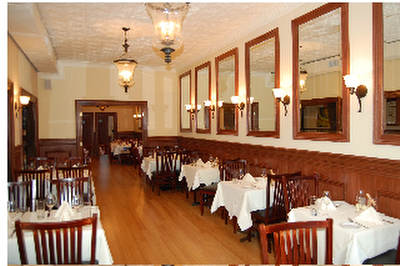 In an email, Arthur told me that though they’ve only been open about three weeks, they’ve already served more than 1,700 people, “with many, many repeat customers during our short tenure.”