People are reading
You are at:Home»Events»The Shopping Event at Bloomingdale’s: Where I Hosted Four Great Dishes

You might know the occasional series I write called One Great Dish? Here’s a link to one from SOMA 107 and another from Tarry Lodge. Well I know of a lot of “one great dishes,” so I invited four of my favorite neighborhood restaurants to come give samples during Bloomingdale’s Shopping Event at the end of October. I know, I know, October? Sorry. But I thought you’d still like to see the photos. These first four are by Journal News photographer Tania Savayan; the others are by yours truly. 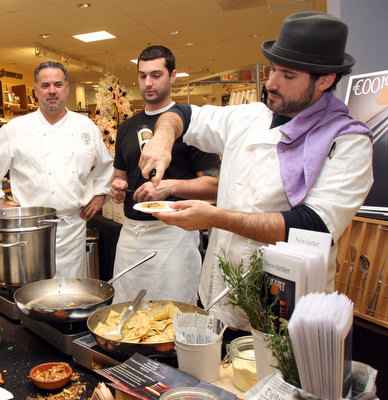 Chef Andy Nusser of Tarry Lodge in Port Chester, left, watches chef David DiBari of The Cookery in Dobbs Ferry, right, prepare cauliflower ravioli as his assistant chef Matt Safarowic stands by at Bloomindale’s in White Plains. One shopper came back to DiBari after tasting his sample and said “That’s the best ravioli I’ve ever had.” 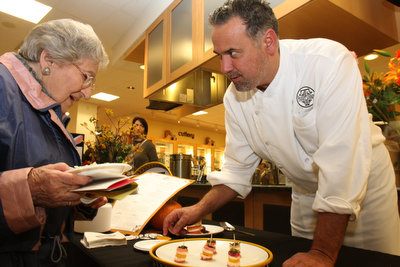 Above, chef and owner Andy Nusser of Tarry Lodge in Port Chester, right, offers Lillian Kormis of Fleetwood a sample of beets and goat cheese salad. Below, I’m hosting the event: 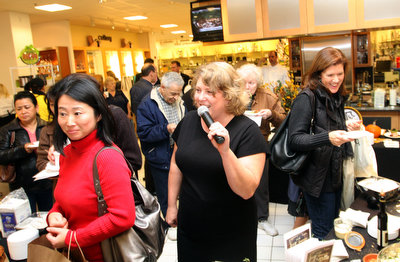 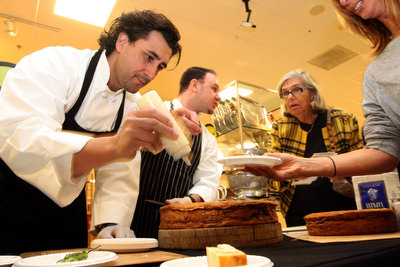 Above, chef Anthony Goncalves of Peniche in White Plains puts aioli sauce on his tortilla Espanola. Chef Scott Weiss is in the background. 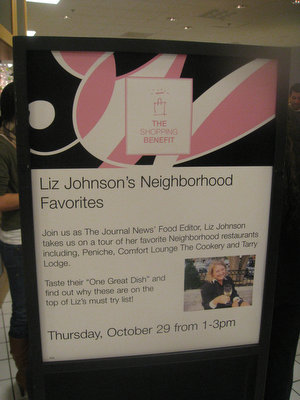 John Halko of Comfort in Hastings with his Asian chicken: 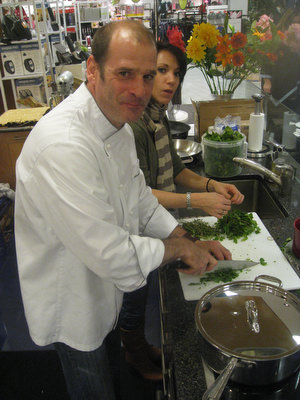 Andy Nusser of Tarry Lodge with his beet and goat cheese ‘caprese’: 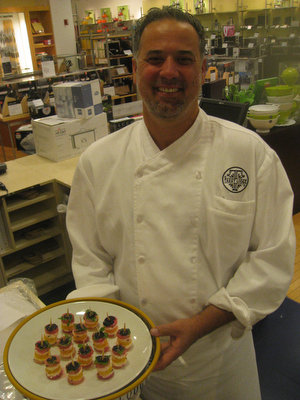 Chef David DiBari of The Cookery hands out cauliflower ravioli: 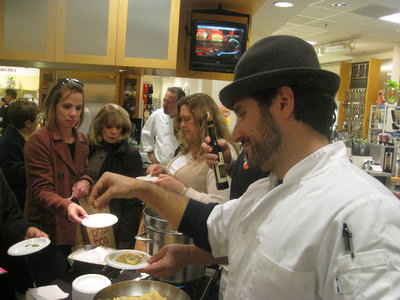 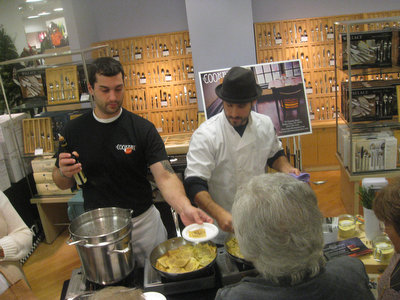 Chef Anthony Goncalves of Peniche with chef Scott Weiss and their tortilla espanola: 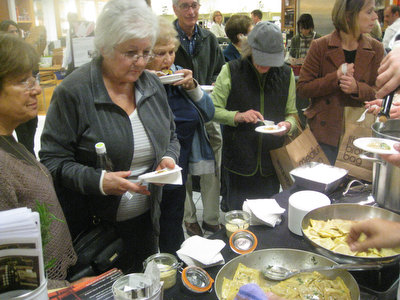 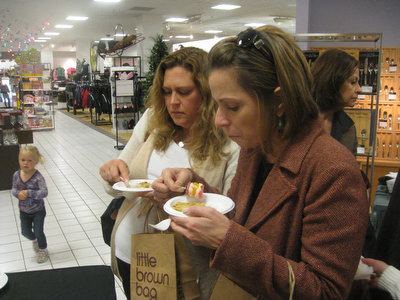 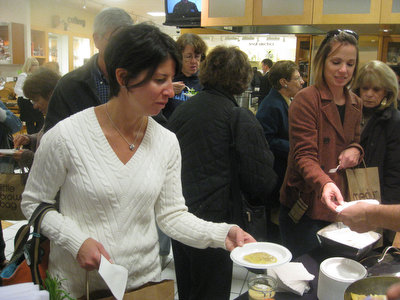 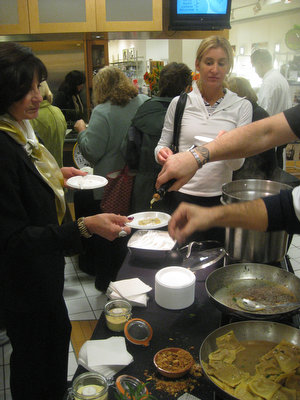 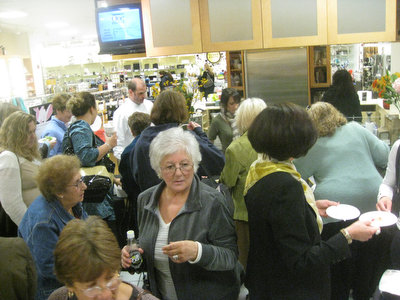 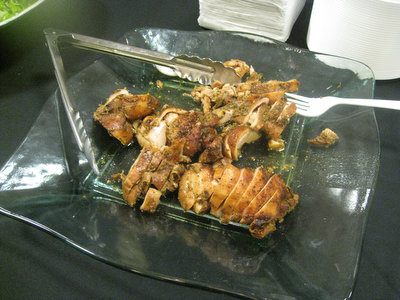 His salad, which was light and refreshing: 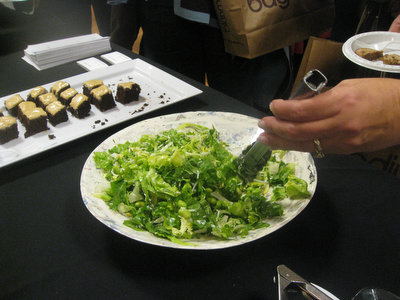 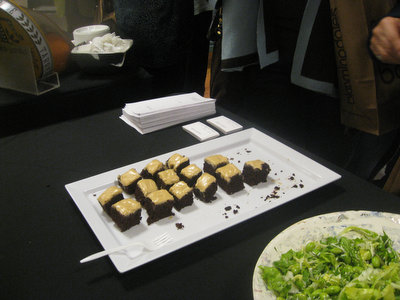 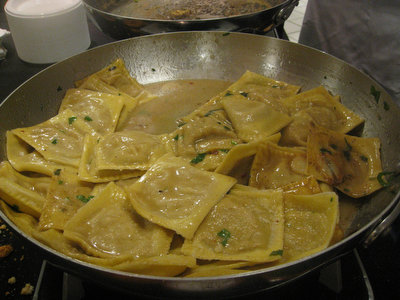 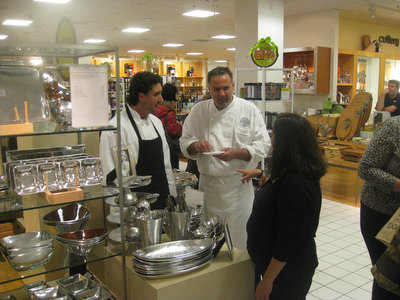