People are reading
You are at:Home»Bakeries»Just Buns in Congers

Everyone’s been commenting about Just Buns in Congers, and I’ve been remiss in posting about it. I found out about this shop in December when owner Dana Reyes came by the office with some samples. Between the holidays and my flu, I just didn’t get to posting until now. Sorry for holding out on you! 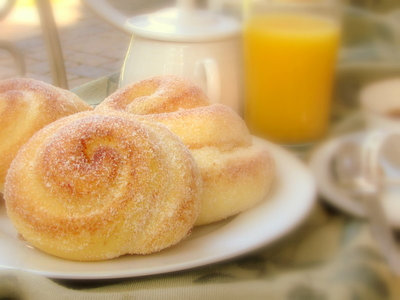 Swirly Buns are the signature dish at Just Buns, which is on Lake Road in Congers right near Steve’s Prime Meats. The buns are an old family recipe.

They’re kind of flaky, and kind of biscuit-y — like a cross between a croissant and an empanada.

The shop also sells coffees and teas and other beverages, soups, quiches and other specials. They also cater events, such as baby showers, holiday parties, birthdays, school functions and weddings.