People are reading
You are at:Home»Food Links We Love»Candlelight Inn to Expand; Adding Entire Building Just for Takeout 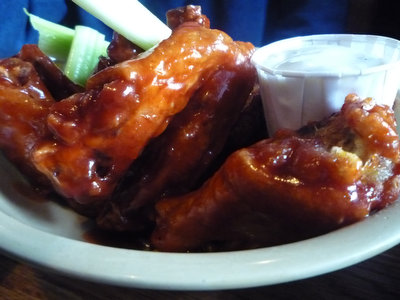 Obviously the wings at Candlelight are majorly popular. And, says J, takeout is about 60 percent of his business. So, by May, he hopes to alleviate some of the wait. He’s adding an entire building right next door, just for takeout. There will be a prep kitchen (to help out with the restaurant, too), a counter for ordering and room upstairs for office space and storage. There will be no seating. You can just see the building here, on the right behind the sign: 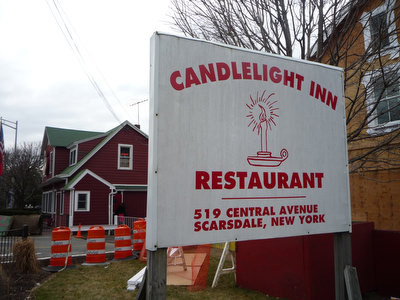 “It’s been in the works for about five years,” says J. “At least from the planning stage.” He wants the building to resemble a 100-year old home, just like the restaurant across the driveway. There will be two porches, one in front that’s wheelchair accessible, and one in back.

The Candlelight Inn in Scarsdale opened on Jan. 17, 1955. Tracy’s father, John Tracy, Sr., lived in the building in his 20s.
“Then he married my mother, and she said ‘I’m not living behind a bar!’” laughs Tracy. 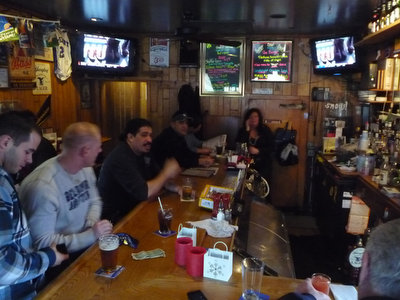 The building was built in 1892, says Tracy, and started out as a grocery store.

It turned into a restaurant sometime in the 1920s, and went under various names and styles of food. At one point, it was a steakhouse. Tracy has an old business card from when it was called The Night Spot. It was called the Candlelight Inn when Tracy Sr. bought it, and he kept the name. 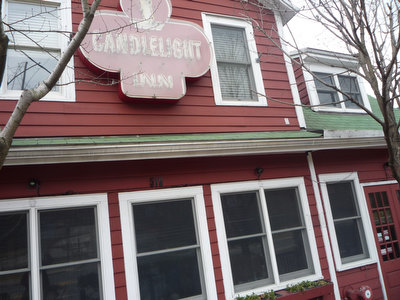 Today, the name is synomous with wings, but it didn’t start out that way. Back in the 1960s and ‘70s, the Candlelight was famous for its roast beef sandwiches. 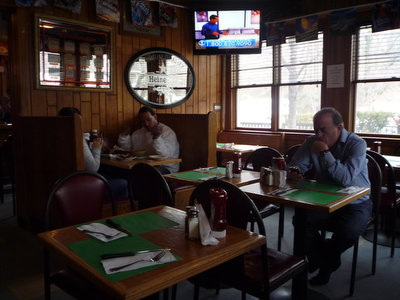 “My mother used to cook them at home,” says Tracy. “And Friday nights she’d pile us all in the car and we’d come in through the back door carrying the roast beefs.” 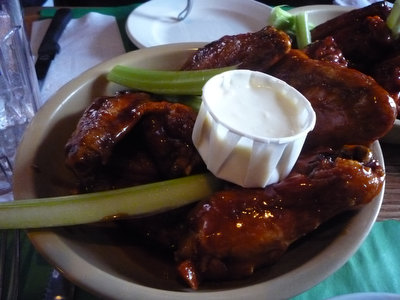 A guy in the kitchen fried a batch and Tracy tasted them. “Bleech,” he laughs. “They were awful!” They didn’t make it on the menu.

Not long after, Tracy was visiting Lou Bellantoni, a good friend in Florida, and June, Lou’s wife, served wings for dinner. Tracy was apprehensive, but not wanting to be disrespectful, he tried them. They were delicious. 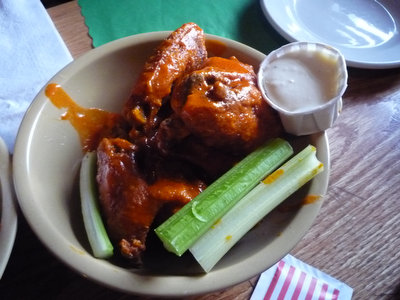 He asked June about her recipe and set about tweaking and developing it for his menu.

His secret? Always fresh — never frozen — wings. If the restaurant is super-busy, he’ll double fry them (but not very long in advance) so he can get the orders to the tables faster. Otherwise, they’re cooked just once.

They’re crispy on the inside and juicy on the inside. The meat is fall-off-the-bone tender. At Candlelight, the wings are served still attached, rather than separated into a “drumstick” and a wing.

There are six sauces to choose among: mild, hot, extra hot, Chernobyl, barbecue and teriyaki. Hot is really medium; next time I’ll try extra hot. The barbecue is a little too ketchup-y and sweet for me; the teriyaki has a nice flavor. One reader recommends teriyaki with hot. That sounds good. 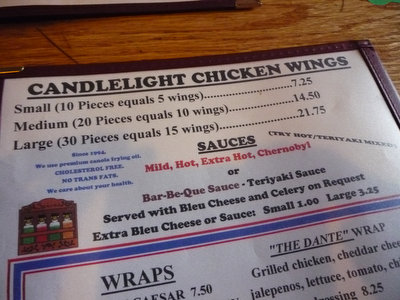 The Chernoble name came about because around the time of the nuclear disaster in the Soviet Union, Tracy gave a couple of guys at the bar a super-hot batch of wings. One of them kept saying, “My mouth is melting! It’s a meltdown!” and the other said: “They’re Chernobyl!”

Most people make light of it, but Tracy did have two young women from the Ukraine ask him to change the name.
“They came back three times,” says Tracy. “And I told them, ‘We’re not making fun. If anything, nobody should forget what happened there.’” 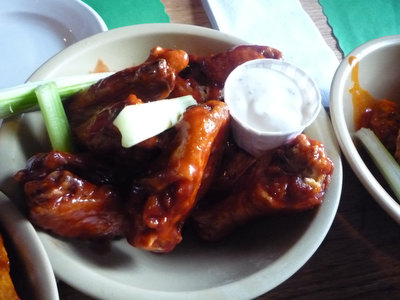 Tracy expects to serve between 7,000 and 8,000 pounds of wings on Sunday for the Super Bowl. Normally, they’re cooked to order, but he’ll start cooking on Friday to keep up with the demand. 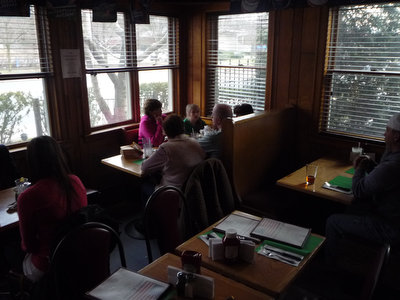 “There are endless stories about this place,” says Tracy. “And our customers help us make our business what it is. We listen to what the customers want.”

“My mother used to say, ‘feed and tend to people like they’re family,” he says. “And lucikly, we always feed our family well.”

The 411 on Candlelight Inn.