People are reading
You are at:Home»Restaurants»Mexican Food in Piermont: Tequila, Sal y Limon

I think I’ve told y’all that I lived in Mexico for a while. So I’m definitely picky when it comes to Mexican food. The only thing Mexican about Camarones Tequila — shrimp wrapped in bacon and topped with mushrooms — is the name. But that doesn’t meat it wasn’t really tasty. 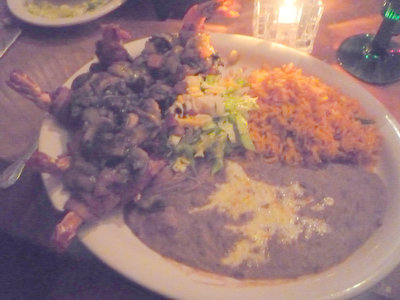 I really like what the owners of Tequila, Sal y Limon have done with the old Turning Point restaurant: 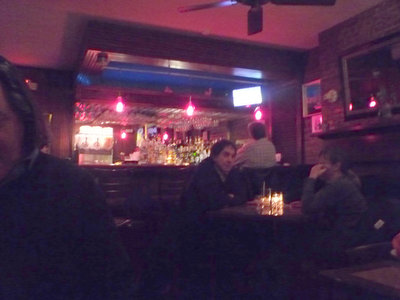 It’s hard to see — it was really, really dark in there — but they’ve kept the wood floors and the fireplace, and tricked up the place a little with murals and colored lights and other Mexican folk-y stuff. But not so much that it feels cheesey.

Cheesey, on the other hand, you can find here: 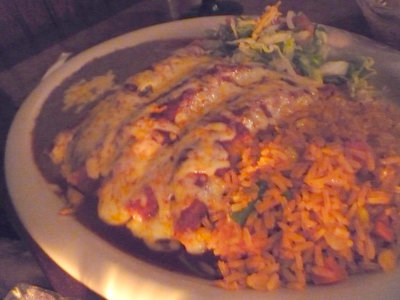 The enchiladas rojas. They have a red sauce with chicken. Plus tons of good rice and beans. Some people wouldn’t call this “real” Mexican — too Tex-Mex, they’d say —  but in truth they do serve enchiladas like this south of the border, especially just south of it in the desert and in Monterrey. They might not use cheddar, like we do in the U.S., but there is often cheese. Queso fresco is popular. OK, sure, this dish does lean more toward Tex-Mex, but if that’s what you’re in the mood for, the kitchen at Tequila, Sal y Limon does a fine version.

The guacamole we tried to start was also very good: 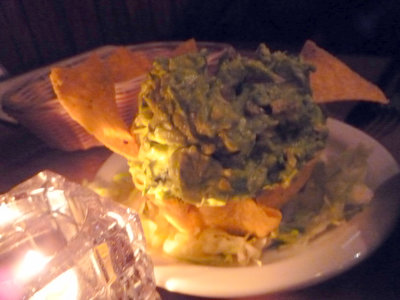 Super-fresh, creamy and with just the right amount of heat. A-plus.

Not so for the pipian sauce that we tried over chicken: 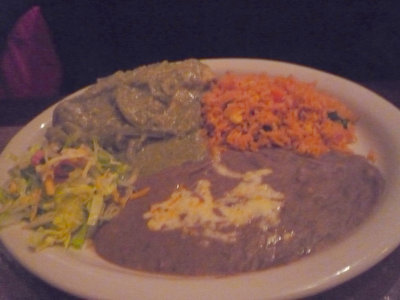 Pipian is made with tomatillos, chilies and pumpkin seeds. This version was OK, but a little one-note. And unfortunately, the chicken was dry.

All is saved by good margaritas: 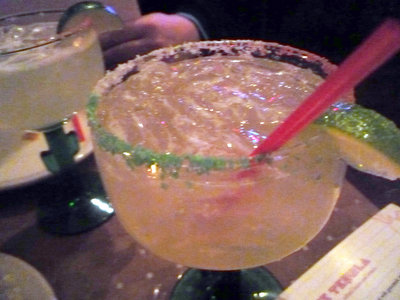 Look how they rim the glass with red, white and green salt. Very cute. And well made. I asked for mine without sour mix. You can also have frozen ones or margies with additions like mango or pomegranate. (My grandmom had the pomegranate and she loved it.)

All in all, a solid place. You’re not going to find creative new techniques using Mexican ingredients here (or anywhere around here, frankly) — just good food we’re all used to. I’ll be back, and I’ll try even more traditional foods like tacos, quesadillas and tostados. Or heck, I might even get the Camerones Tequila again. Who cares if it’s not Mexican? What’s not to like about shrimp and bacon with tequila?

Anybody else been? You’re thoughts?