People are reading
You are at:Home»Food Links We Love»Best of Small Bites: Chicken Wings

Super Bowl, the biggest wing weekend of the year, is nearly upon us. So what better time than now to award prizes for the best chicken wings in the Lower Hudson Valley. Without further ado, here are my first Best of Small Bites Awards.

For Best Chicken Wings, Westchester: the Candlelight Inn in Greenburgh. 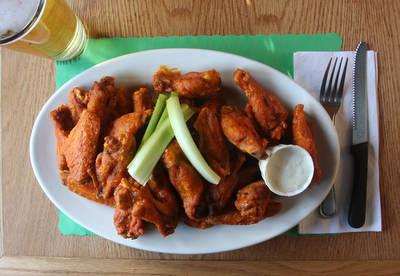 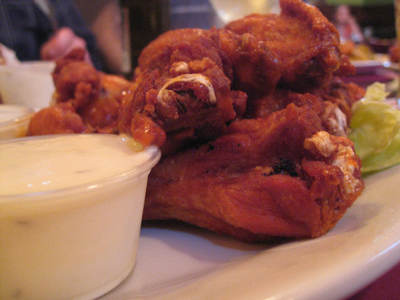 What they both share in common — and why I love them so: crispy on the outside, juicy on the inside. Plenty of meat. Delicious sauce. (OVI gest the nudge for having a better sauce-to-wing ratio; next time I’m at Candlelight I will ask them to go light on the sauce.) They’re not flabby, they’re not skimpy and they’re not stringy or dry. Ever.

On the other post here, where Michael suggested I start a Best Of awards, someone mentioned that Liberty’s in Tappan should be in the running. Here’s a photo of their chipotle-ranch wings: 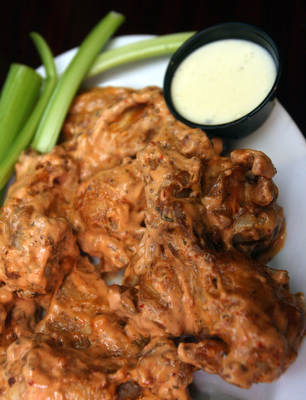 Not bad. Maybe good enough for a runner’s-up nod.

But OVI and Candlelight take the cake. Or the wing, as it were.

Please vote below. I’ll accept other nominations, too.

I will put the top vote-getters in a poll on the right (like the one for tipping now) and after the voting period is over, we’ll announce the winners of Best of Small Bites Chicken Wings.