People are reading
You are at:Home»Food Links We Love»Breakfast at American Dream Diner in Orangeburg

You’ve seen it. That massive shining building on 303. It’s so bright, if you get a glint from the sun at just the right angle, it might possibly blind you. Kidding, of course. But only a little. 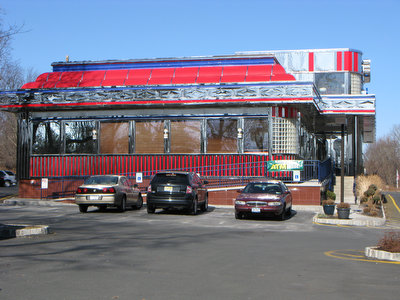 As I mentioned in Local Links, I went for breakfast the other weekend. 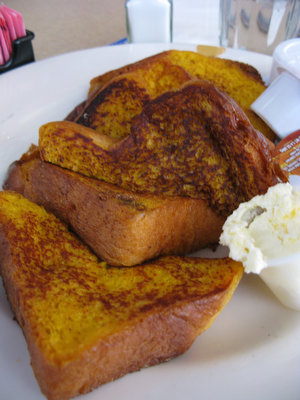 My grandmother and I each ordered an omelet, and we ordered a plate of French toast to share. Had I known I was going to be served a platter bigger than Richard Dreyfuss’s mashed potato mountain, I might have reconsidered my choices.

Grandmom’s omelet with a side of bacon: 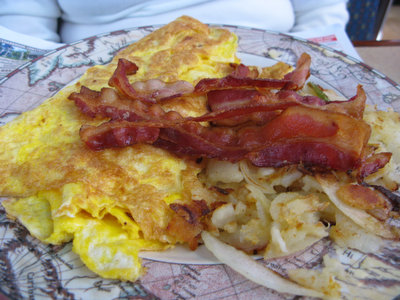 The of the photo makes it a little had to see, but this plate is a least a foot wide. Maybe 18 inches. 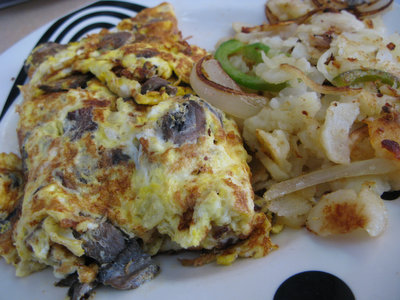 You know what? The food was tasty. But I really had a hard time with it because there was so much I felt guilty. We each ate less than half and shared 1 of the pieces of French toast. A shame to waste the food, really.

The place is pretty cute, in a diner way: 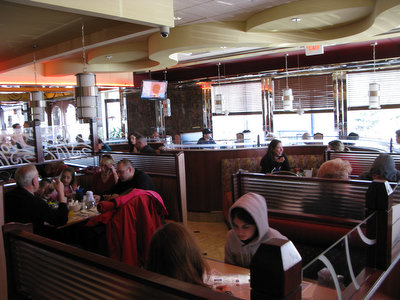 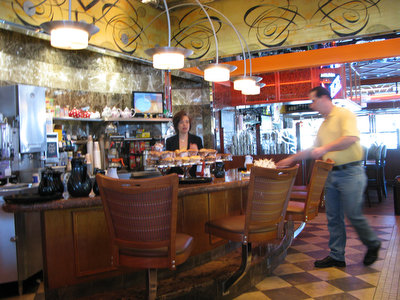 So if you’re into huge portions and a casual setting, maybe the American Dream Diner really is the diner of your dreams. 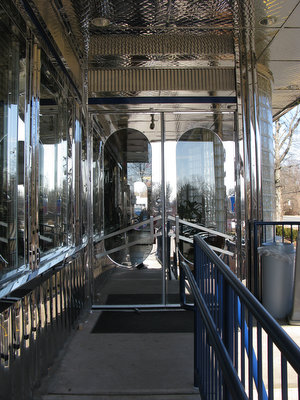 The 411 on American Dream Diner.