People are reading
You are at:Home»Food Links We Love»Lunch at Spoon in Chappaqua

Hi again, it’s Katherine Curry, guest-blogger.  When Spoon opened in Chappaqua about two years ago,  I said, “Yay. Another Asian fusion place.” Even my seven-year-old daughters recognized the sarcasm in that statement.  It’s not so much that we have a ton of Asian fusion restaurants here in Northern Westchester (we don’t), but many fusion places are an awkward mish-mash of cuisines, none of them done terribly well.

From my first visit to Spoon, I was ready to eat my sarcastic words. 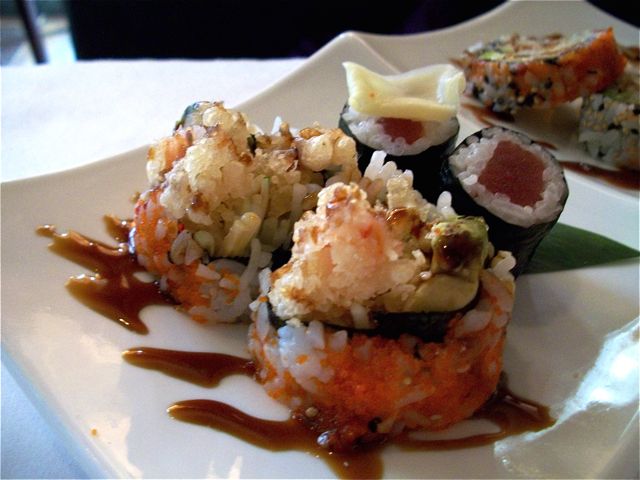 More after the jump.

The restaurant is in a Chappaqua strip mall with a D’Agostinos on one end.  It really doesn’t look like much from the outside, as you can see. 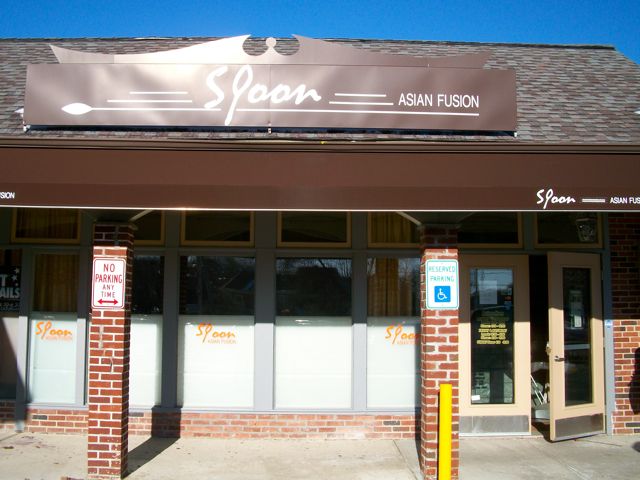 Now, come inside — sophisticated and sleek.  Not at all what you’d expect from the outside. 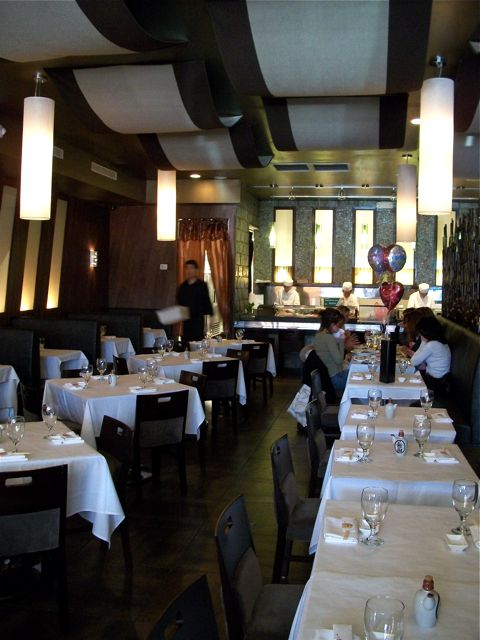 The gleaming bar area is set off by a divider, with the deep dining room on the other side.  In the evening, particularly on the weekends, the bar fills up with an upscale crowd.  The specialty martinis are excellent, large and expensive — my favorite is the Saketini, garnished with a slice of cucumber. 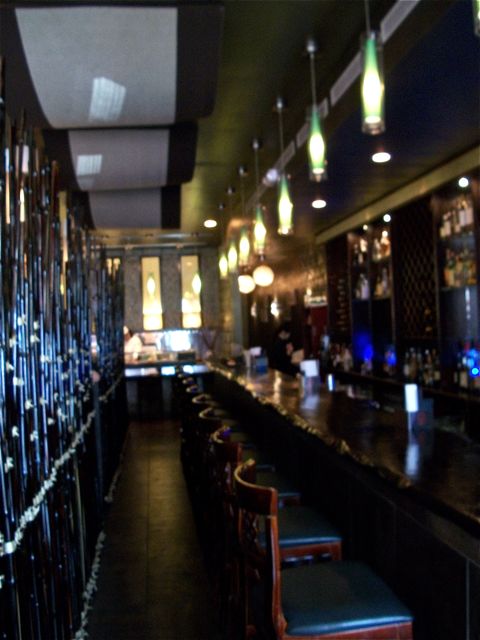 In the back is the sushi bar, a great place to sit on a busy evening and watch the sushi chefs at work. 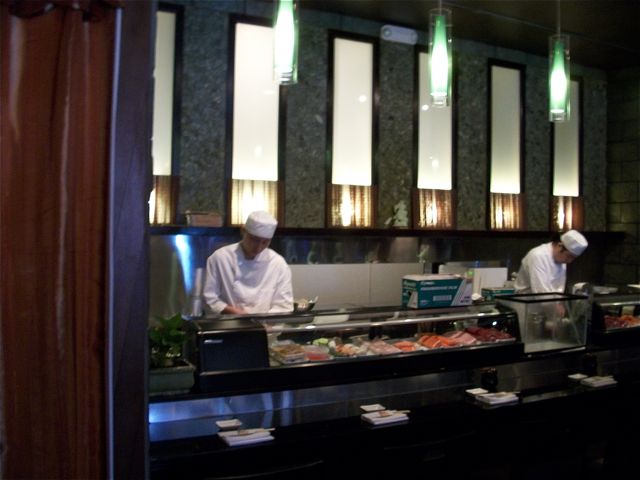 This is the hallway that leads to the restrooms. 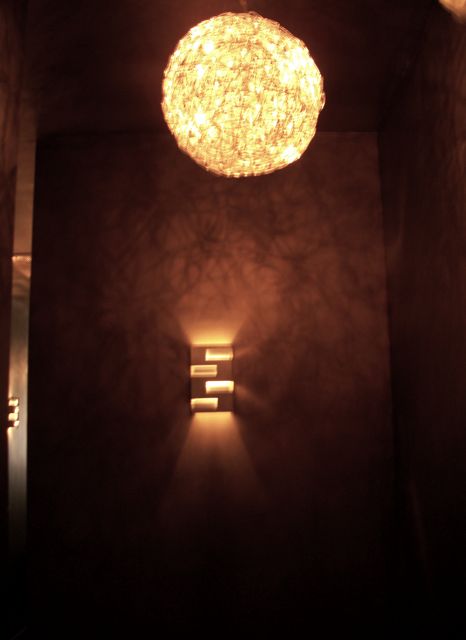 I like to come to Spoon for the lunch special.  For a set price (based on what you order as an entree), you get a choice of soup, salad or appetizer, and main dish.  I usually get the sushi combo, which is $12.95.  Here’s the miso soup. 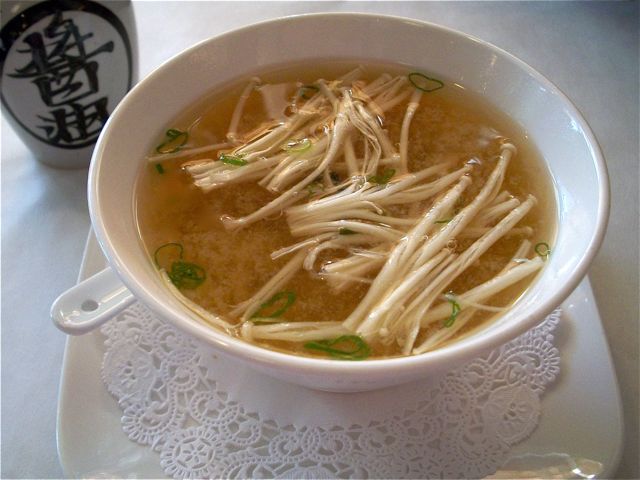 The tom yum is flavorful and light. Spoon’s version is much better than the tom yum I’ve had in some Thai restaurants in Northern Westchester. 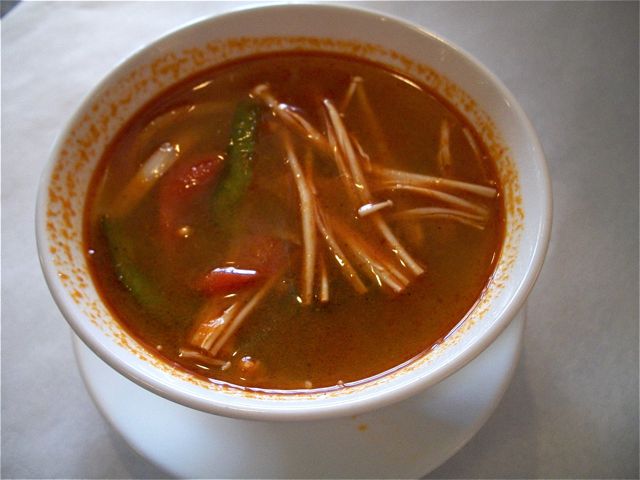 Next you’ll choose one of six “complements”: edamame, green salad, seaweed salad, kani salad, seafood shumai, or crispy spring rolls. They’re served with your entree.  This is the sushi roll combo with a seaweed salad. 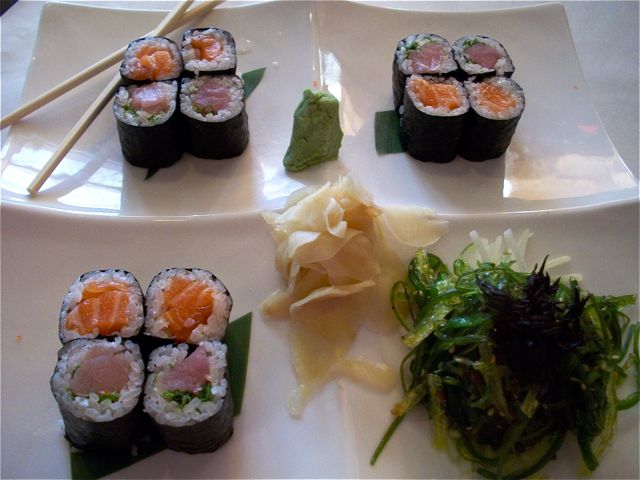 The quality of fish and the sushi preparation at Spoon are impressive.  We have a few good sushi restaurants in the area, but Spoon’s sushi is the best I’ve had.

On my most recent visit, I ordered the sushi and sashimi combo for lunch — that was $13.95 for the whole lunch, not including drinks.  (Other lunch choices include shrimp and vegetable tempura, curry chicken, and sesame beef, priced at $9.95).  Look at this lovely plate of fish. 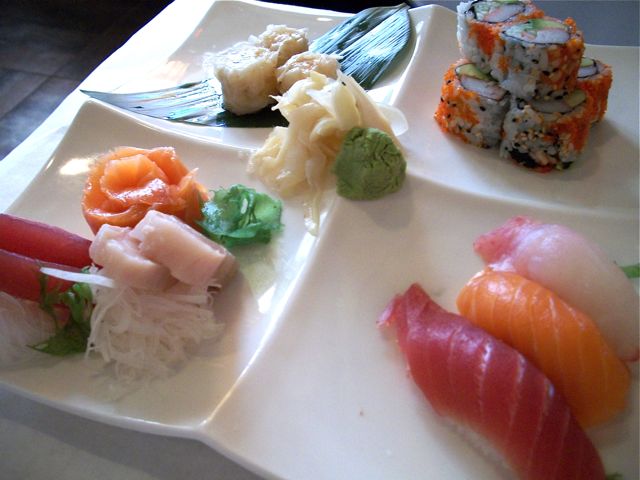 That’s shrimp shumai in the upper left, a California roll next to it, and then three pieces of sushi and three pieces of sashimi. Spoon also has a very tempting dim sum menu.  The scallion pancakes are done just right.

The shrimp dumplings are ample and delicious — I wish they’d have given us four, though. Easier to share. 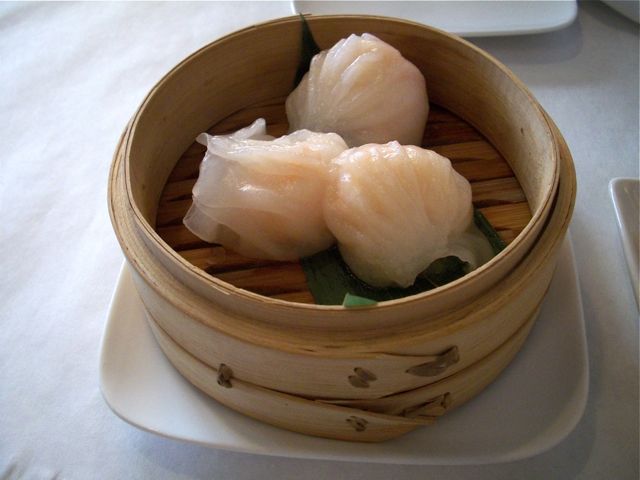 I don’t usually have room for dessert at Spoon, but on my last visit, a friend and I shared the ginger creme brulee. 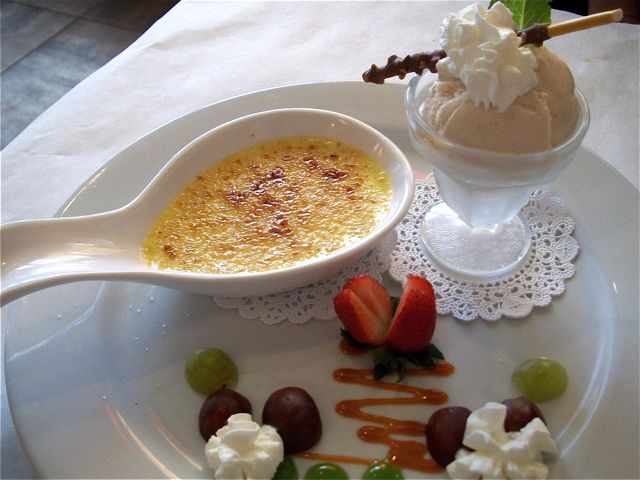 That’s a dish of very rich vanilla ice cream on the upper right, which honestly seems like overkill with creme brulee.  The creme brulee was yummy, although the ginger flavor was hard to detect.

If you come for dinner, don’t miss these two appetizers: the wasabi crackers topped with spicy tuna, and batter-fried rock shrimp served with a spicy sauce.  That second appetizer generously borrows from a similar dish at Nobu. Its lack of originality is irrelevant: the crispy, succulent shrimp and spicy mayonnaise sauce are delicious.

At dinner, there are also a number of cooked entrees on the menu, including sesame chicken, teriyaki, udon, and pad Thai. I know when Liz visited last summer, she tried a few of the cooked entrees, with mixed success.  I love the sushi here so much I almost never order a cooked entree — pineapple rice ordered once for takeout was pretty uninspired.  Maybe stick with the sushi, cooked appetizers and dim sum at Spoon.  Have you eaten at Spoon? If so, what do you think?