People are reading
You are at:Home»Food Links We Love»HVRW: Liz at Crabtree’s Kittle House in Chappaqua

I’m behind on my own reports from HVRW, my apologies! I went to Crabtree’s Kittle House for HVRW $20 lunch on St. Patrick’s Day. The microgreens in this gnudi dish were all I could manage as far as the wearing of the green: 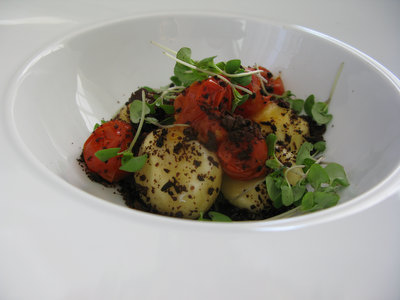 John Crabtree, the owner, was there, wearing his once-a-year St. Paddy’s Day tie. I dined with fellow blogger Katherine Curry, and we split the HVRW menu as best we could.

This is gnudi with Sweet 100 Tomatoes, a dish some of you may remember from the tasting menu I had at the Kittle House this past fall. 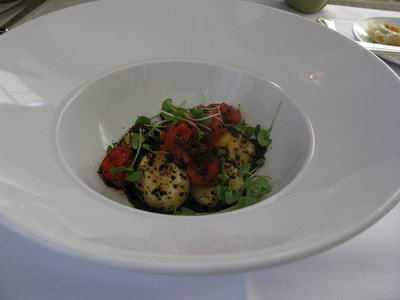 The gnudi are made with mascarpone and ricotta and dusted in flour.

They weren’t quite as ethereal as I remember them being. Back in September, I was amazed at how the cheeses, so soft and fluffy, stayed together in a ball; this time there was a visible ring of harder shell of flour around them. Forgetting the texture, though, they were very tasty.

We also shared the asparagus with romesco and a soft-cooked egg: 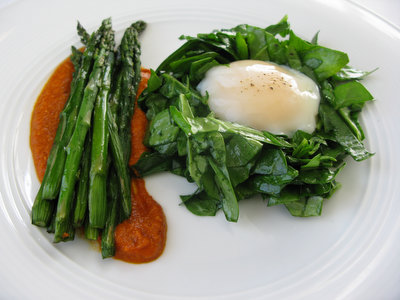 Nice contrast of flavors, and the asparagus was cooked al dente. 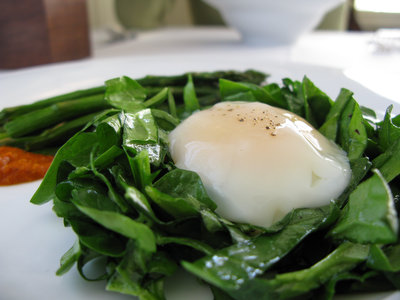 The team at the Kittle House knows me, so it’s hard for me to go there unnoticed. The chef sent out a generous gift from the kitchen… a scallop with a lovely verbena sauce and pickled chanterelle mushrooms: 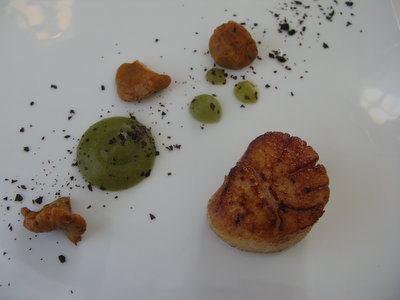 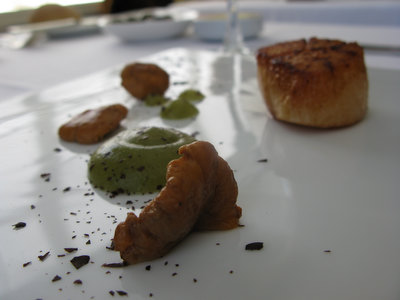 Here are two of the HVRW lunch entrees. Salmon over fingerling potatoes and apples with herb oil: 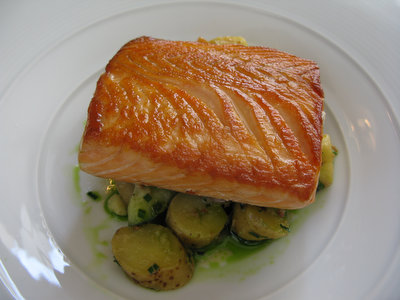 The salmon was crisp on the outside but fell apart flaking on the inside. It was a little overdone for Katherine, but I had a pretty rare salmon a couple nights before, so I was ready for something a little more meaty. I don’t know if I’ve ever had a potato-apple mix. But why not? In French, potatoes are “apples of the earth,” right? The combination of textures was subtle and sneaky. I liked it. 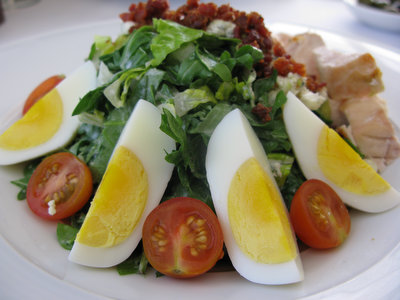 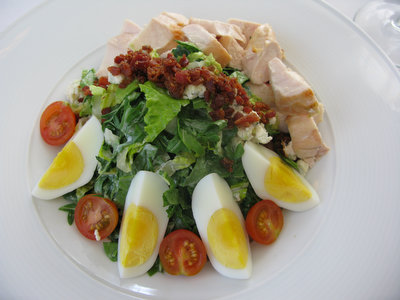 Very nice ingredients, but nothing very inspiring. A great option for a straightforward lunch. 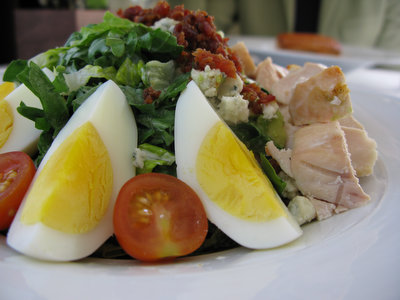 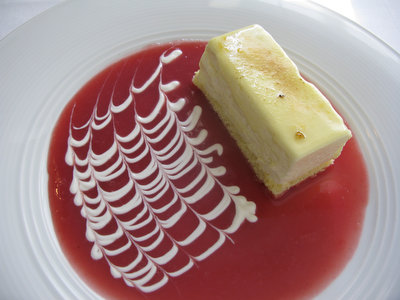 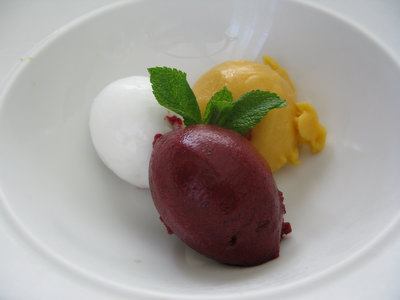 And a chocolate terrine: 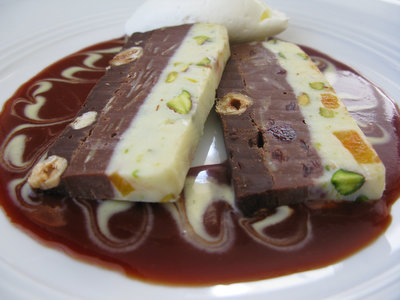 The cheesecake took tops. The chocolate — three different kinds, as you can see — was very dense… almost fudgelike. That’s good for chocoholics, I’m sure.

The room started out empty, but by the time I left a little before 2, it was packed to the gills. It was nice to see so many people out enjoying the day and HVRW. 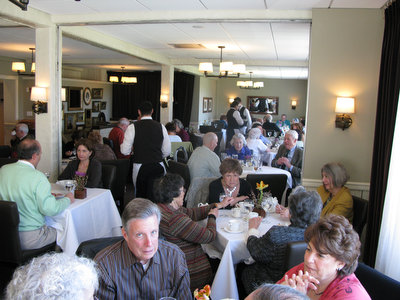 I had a couple of complaints from people privately and here on the blog about HVRW reservations at Kittle House last Saturday might. The guests said they received phone calls telling them the HVRW menu would not be available during prime seating hours on Saturday, March 20, even though there was no mention of that when they booked. I asked manager Glenn Vogt about it, but he wouldn’t comment. He said he was handling the complaints privately with the individuals. I’m not sure how many it affected. Next time, why not just opt out of Saturday night? Plenty of other restaurants do.

I didn’t get the chance to speak to many guests at the restaurant, but the few that I did speak with were thrilled with their meals. Absolutely delicious, one couple told me. I’m glad they were happy. So were we.

The 411 on Crabtree’s Kittle House.