People are reading
You are at:Home»Food Links We Love»First Look: Juniper in Hastings-on-Hudson

Update: Here’s a link to my meal at Juniper.

What an adorable looking restaurant has opened in the old Euro Deli space on Warburton in Hastings! 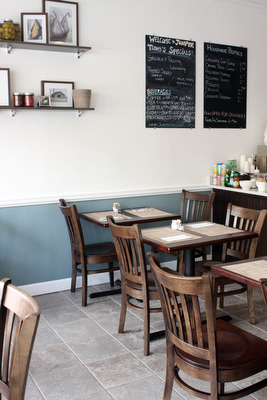 I haven’t tasted the food here yet (for that, I’ll title the post First Taste…), but I did speak by phone with chef Alex Sze — who has some very nice kitchen cred, by the way: Michel Richard Citronelle in Georgetown and Adour, Alain Ducasse’s restaurant in Midtown. 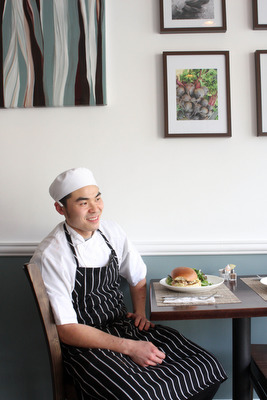 After the jump, more photos of the space and the food, all by JN photographer Tania Savayan.

The 24-seat cafe serves lunch and brunch daily (except Monday), and dinner three nights a week: Thursday, Friday and Saturday. 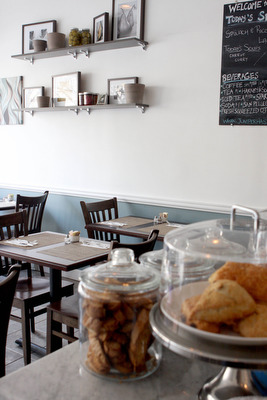 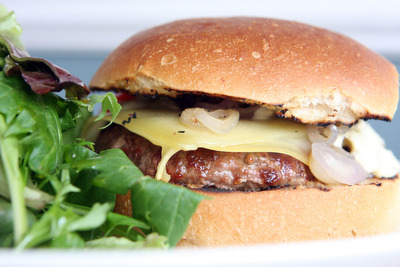 For dinner, expect French and Italian influences, such as a duck dish that comes with a seared breast and leg confit with braised cabbage and sherry-glazed onions. Cauliflower veloute is made with brown butter, preserved lemons and capers. Here’s calamari with chorizo and cranberry beans: 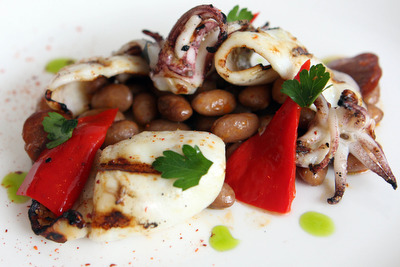 Looks like a little  Spanish influence, too, doesn’t it? 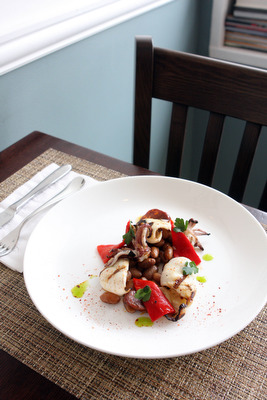 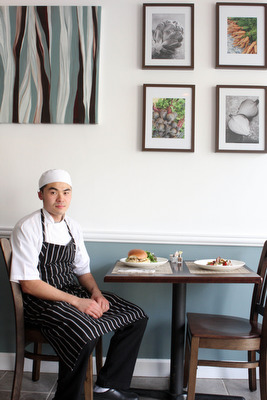 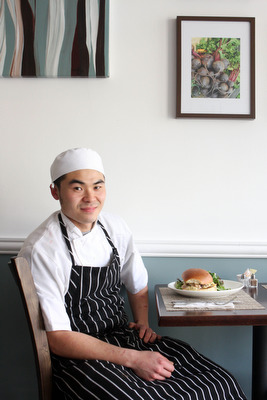