People are reading
You are at:Home»Food Links We Love»HVRW: Kendra Wales at The Bird and Bottle Inn in Garrison

On the last day of Hudson Valley Restaurant Week (wistful sigh), I visited the Bird & Bottle Inn in Garrison with my fiancee and two great friends. A Colonial inn established in 1761, the Bird & Bottle exudes every bit of old-world charm you would expect from its age and reputation. The authenticity struck us right away – almost literally – when all three of my six-foot-two friends had to duck through the main entrance when they discovered the top of the doorway at nose-level. We were greeted warmly by the innkeeper, who seated us promptly in the Tap Room, surrounded by cushioned seating banquettes, a low ceiling and an enormous roaring fireplace.

We started with cocktails, which were mixed perfectly — a cosmopolitan, a bloody mary, and a rye manhattan. 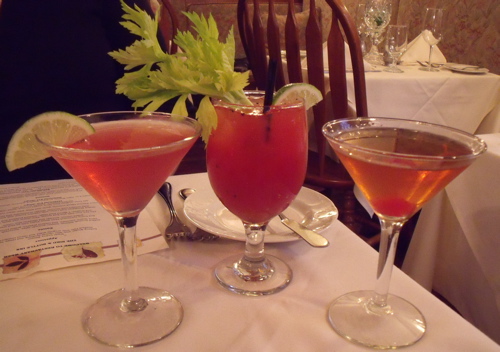 …and the beer is served in pewter tankards! 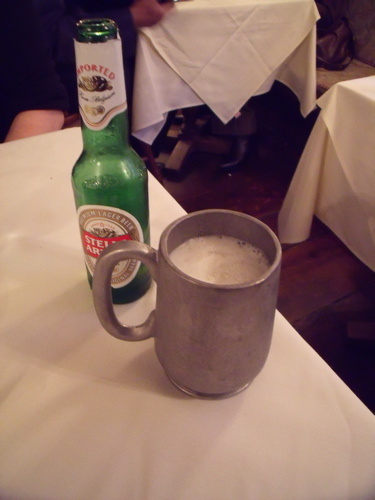 For our first course, we tried the Triple Celery Bisque, an iceberg wedge with blue cheese dressing and crispy bacon, and a seafood pate with an arugula salad. The celery bisque was unique and flavorful, and the iceberg wedge was colorful, fresh and tasty. The seafood pate was outstanding, but its arugula salad companion was a bit spare and under-dressed –the large slices of red onion overwhelmed the delicate dressing, and the pears by themselves were delicious, but their sweetness didn’t mesh with the rest of the plate. 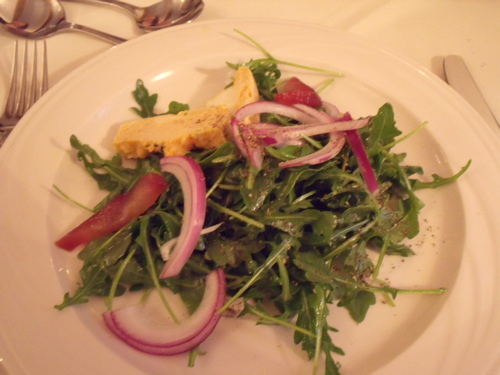 There was such a wonderful variety of menu choices, that for the first time ever, the four of us all ordered different entrees. (We are notorious for our similar tastes, and often find ourselves unapologetically ordering four of the same thing.) The grilled Scottish salmon with tomato-avocado salsa and pineapple hot sauce was not what I expected to find on the menu, and was fantastic. The flavors were bright and fresh, and the salmon was cooked perfectly – tender and juicy! 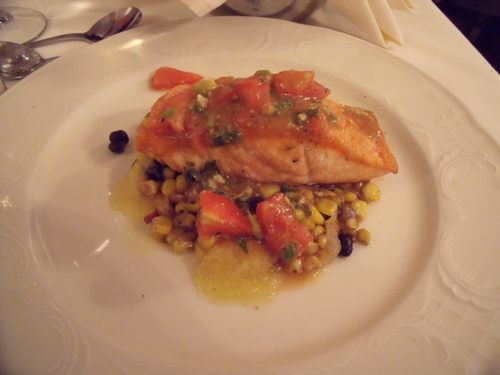 The chicken duo was unexpectedly delicious! The poached breast was perfect atop a bleu cheese crostini, and the fried thigh was full of wonderful, warming spices. The mashed potatoes underneath were total golden perfection — smooth and buttery. 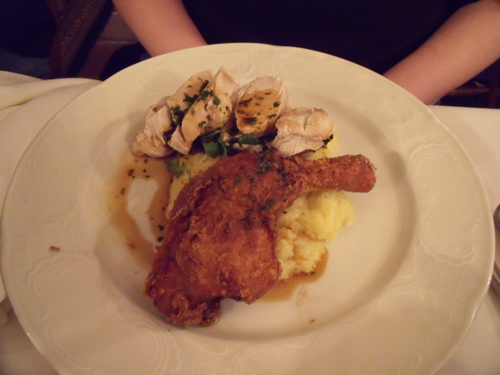 The rare ahi tuna with black pepper crust and chili glaze was also a hit, but it cost an extra $10 on top of the prix fixe $28. 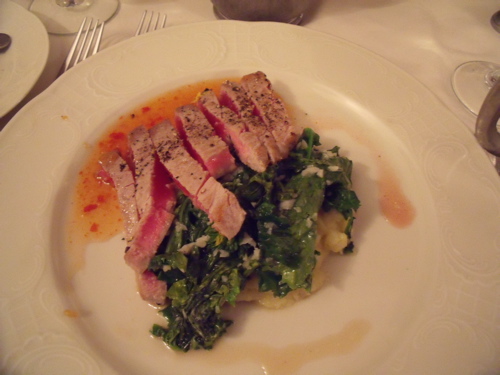 –but the winner of the evening was the impressive Mongolian Veal Chop, with cilantro, hoisin and sesame oil rub. It was full of warm and delicious complex flavor, tender and buttery on the inside and charred to perfection on the outside. It was by far the favorite. 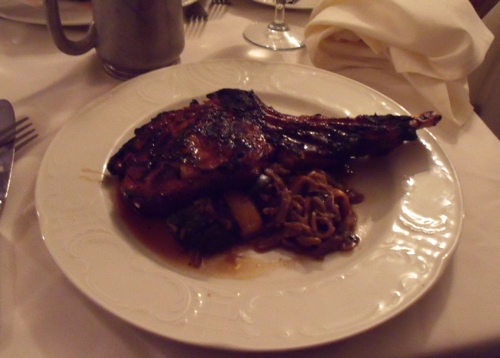 The desserts were absolutely stellar in taste, and gorgeous in presentation. We enjoyed a flourless chocolate torte with dulce de leche ice cream — 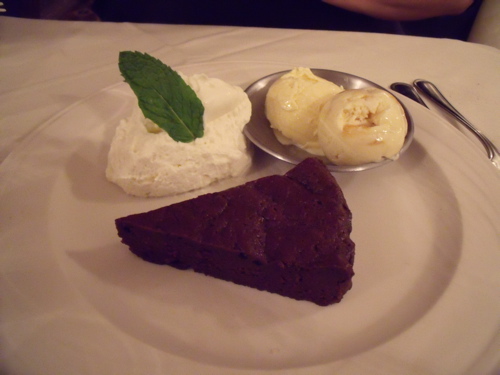 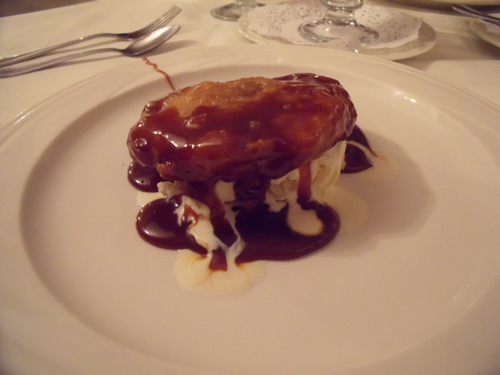 –and my favorite, the espresso creme brulee with chocolate chip biscotti. The biscotti could have stayed behind, really. It was a nice flavor compliment, but the brulee was so outstanding on its own, it didn’t need any help. 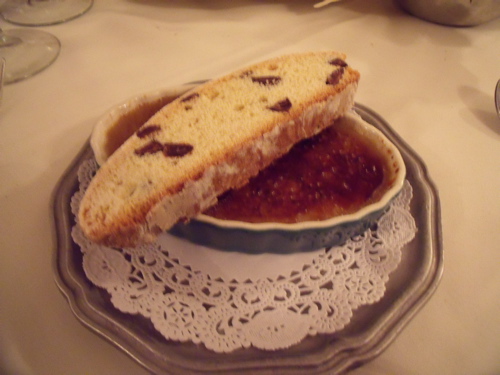 Overall, we had an enjoyable evening, even though the drinks were on the pricey side, and our bill ended up being more than we were expecting. The HVRW menu was placed at our table before we were seated, so we never saw their current menu to consider extras. The waitstaff is attentive and helpful, and the innkeeper made the rounds to each table to ensure that everything was up to par. It’s clear that the Bird and Bottle Inn pours its heart onto its plates, and I hope you enjoy your visit there as well. 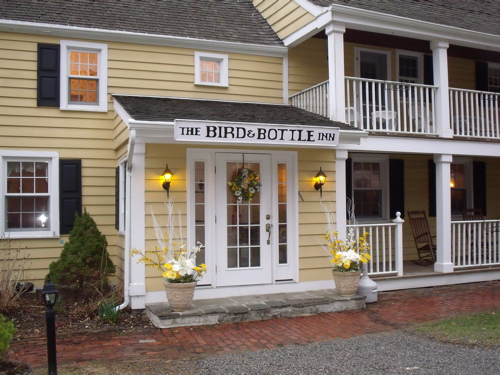