People are reading
You are at:Home»Restaurants»Today in the Food Section: Tarry Lodge Pizza; Farmers Markets; Ham Recipes; a CIA Class for Parents and Teens

Hi all. I think we’ve got a lot to keep you entertained and informed in today’s section. We start off with a profile on Mario Giuseppe LaPosta, the pizzaiolo — that’s pizza-maker in Italian — at Tarry Lodge in Port Chester. He’s heading to the World Pizza Championships next week to compete in Italy. 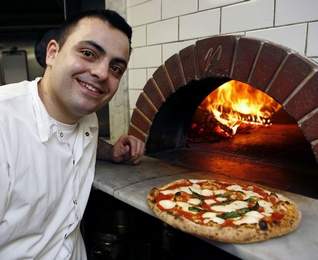 Here’s a link to Mario’s story. 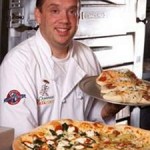 And here’s a link to a some words of advice for Mario from Bruno DiFabio, a six-time World Champion who owns Amore Pizza in Scarsdale and Pinocchio Pizza in Pound Ridge. (He also owns Tony’s Pizza Napoletana in San Fran, which Food & Wine just named one of the best Italian restaurants in the country.)

I’ve also got a story from our sister paper in Poughkeepsie about a class at the Culinary Institute of America that parents and teens can take together. (Karen Maserjian Shan/PoJo)

And the first in a month-long series on Green Eats. First up, True Food in Nyack.

And here’s a list of farmers markets in Westchester, Rockland and Putnam.

I also ran some great recipes for using up the rest of your Easter ham, but for some reason they’re not online. I”ll come back and fix that link later. I’ll also post some photos from my reporting trip to Tarry Lodge, and  fabulous video by Mark Vergari of Mario LaPosta making his pizza.