People are reading
You are at:Home»Restaurants»Lunch at F.I.S.H. in Port Chester *NOW CLOSED*

Hi everyone, Katherine Curry again. I had lunch twice recently at F.I.S.H. in Port Chester.  Here’s a picture of F.I.S.H.’s delicious rendition of a tuna melt. 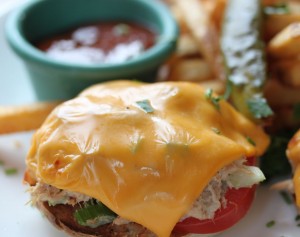 I’d never been there before,  but my friend is a veteran, even arriving once by boat.  For those of you who don’t know F.I.S.H. (which stands for “Fox Island Seafood House”),  it sits on the Byram River, which feeds directly into Long Island Sound. Getting there is a wee bit of a challenge — even my G.P.S. wasn’t quite sure where it was on Fox Island Road, telling me I’d arrived when I was in front of the water treatment plant.

F.I.S.H. is most emphatically not at the water treatment plant, but it does look pretty unassuming from the outside. 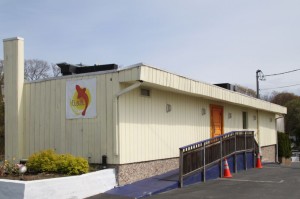 Around back, though, you’ll find a  patio perched right above the river.  An awning goes up over this part of the patio once it gets warmer. 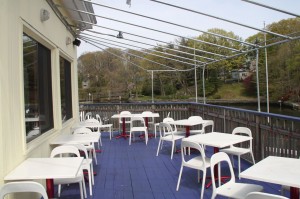 A beautiful view of the water is available to everyone who dines at F.I.S.H.  Right across the water is Connecticut. 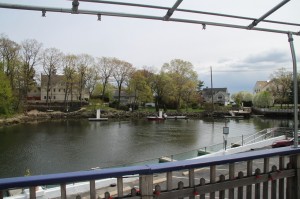 When you walk in, you’ll see charming nautical touches like these fish sconces. 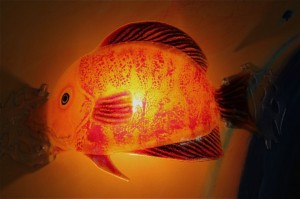 This is the bar area, which gets quite busy on the weekends and in the summer time. 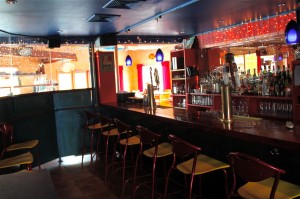 My friend and I shared the guacamole appetizer, which had fresh tuna in it — an interesting addition which I appreciated in theory, but the combo didn’t do much for me.  The guacamole was good.  Kind of skimpy on the tortilla chips, though, and the appetizer is a pricey $14 because of the tuna addition. 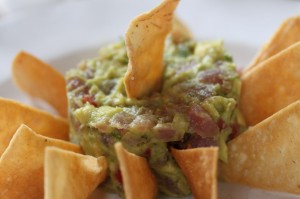 My friend had that tuna melt — it was made with fresh tuna.  We debated whether you could tell the difference between fresh tuna and canned tuna, and concluded her sandwich, which was really yummy, tasted like it could just as well have been made with a high-quality oil-packed canned tuna.  A good sandwich, though.

This is a view of the colorful dining room, pretty much empty the first time I was there (it was a chilly, slightly overcast April day, so no wonder). 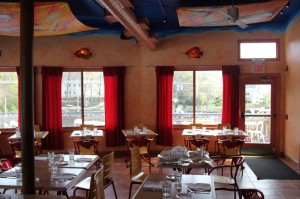 I ordered the fish and chip sandwich and didn’t notice on the menu that it came on a croissant.  This croissant was fine, but in general I don’t think croissants were meant to be delivery vehicles for fried fish. I ended up just eating the fish off the sandwich. 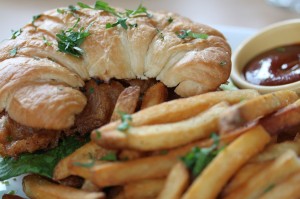 The fried fish was great– exceptionally moist, nicely cooked, with a flavorful batter. 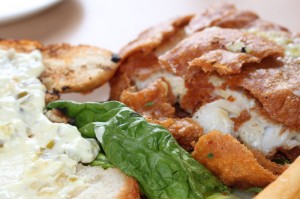 Out on the patio there’s even an outdoor bar.  Summertime is really the best time to be at F.I.S.H., so you can sit out here and enjoy a cocktail on the water. 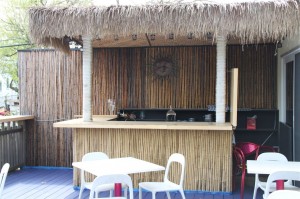 We shared the Key lime cheesecake for dessert.  The telltale ding that rang from the kitchen (it was quiet and empty, remember) suggested this cheesecake had been thawed in the microwave before being served; at any rate, it was a little too room-temperature-ish to be properly enjoyed.  Nice lime flavor, though. 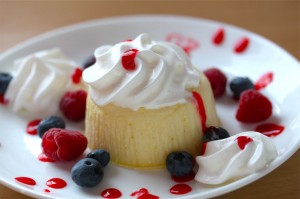 On my next visit, the weather was much more cooperative — sunny and nearly 70 degrees.  There were a lot more people at F.I.S.H. this time, most of them seated outside on that patio, enjoying their lunches.

We shared the corn and clam chowder to start. Bacon, lots of clams, little pieces of potato, corn, all in a broth that was flavorful and not overly creamy.  I’d definitely order this again. 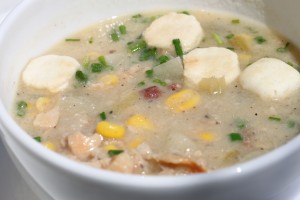 Next we sampled two of the wood-fired pizzas.  I opted for the white clam and bacon pizza, which had a perfect charred crust with a nice texture, but the topping wasn’t very clammy in flavor.  A little bland, alas.  But still, that crust was delicious. 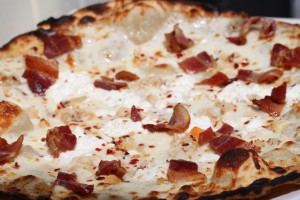 My friend’s choice was the hands-down winner — the wild mushroom pizza topped with goat cheese, mozzarella, tomato sauce, mushrooms and a drizzle of balsamic and truffle oil.  That sounds like a whole lot going on atop a pizza, but it really worked. 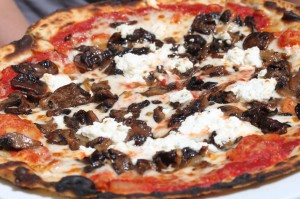