People are reading
You are at:Home»Food Links We Love»In Print: Pelham is a Food and Dining Destination; Meet the Farmers at Stone Barns; Barbecue with Steven Raichlen; Recipes from Local Moms

Apologies — somehow I missed last week’s food news round up! Here’s a look at what was in print on May 18:

The (dining) Pleasures of Pelham. 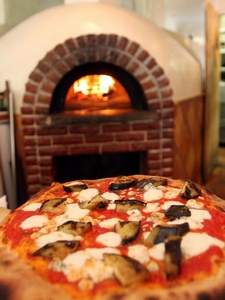 So you’re headed to Fairway in Pelham Manor? Well for many of us, that means a bit of a drive. Here are some food destinations in the village of Pelham to make it worth the trip: pizza from a wood-burning oven; a juicy burger, a terrific red velvet cupcake — and plenty more. The whole article, after the jump.

Also, here’s a link to my recent story on how you get to meet the farmers at some upcoming classes at Stone Barns.

And here’s last week’s story on the dinner being served at the nighttime Palisades Farmers Market.

Gearing up to doing some barbecue? We’ve got a wire story on Steven Raichlen’s new grilling book, “Planet Barbecue.”

And here are some ideas for easy side dishes to take to a picnic or a party, courtesy of our moms at HudsonValley.MomsLikeMe.com.

After the jump, the article on Pelham.

If you love food, you probably already know to make a pilgrimage to Pelham Manor for the brand-new Fairway, the grocery store where you can buy everything from $100-a-pound cured jamon Iberico from Spain to 100 varieties of cheese.

What you probably don’t know is that very nearby, you can also find a piping hot wood-fired oven pizza with a charred and bubbly crust, a juicy bacon-cheeseburger made with the same meat you’ll find at Shake Shack in Manhattan, and a sinfully rich red velvet cupcake topped with a light-as-air buttercream frosting.

Sound tempting? Thought so. And all are within an easy walk from each other within the tiny village of Pelham, not more than a five-minute drive from Fairway.

“On my block, it’s food, flowers and wine, just right in a row,” says Nannette Conners, who owns Provisions, a cute little takeout shop and bakery on Wolfs Lane. “If you’re having a dinner party, you can pick up a dessert, get flowers for your table and get a bottle of wine for your meal.”

Sure, there are other (non-food) things to make a day of in Pelham, too. You can take in a indie movie at the Picture House Regional Film Center, or browse the boutiques for women’s clothing, stationery or housewares. But to tempt the hard-core food fan? Soft-shell crabs at fancy La Fontanella. Crispy Skin Yellowtail Snapper at trendy Caffe Regatta. Salads at M.A.D. And cucumber sandwiches at laid-back Lola’s Tea House.

Plus, there are a bunch of comfortable pubs, a Japanese steakhouse, a French restaurant (Bistro Rollin) in its freshman year and an Italian standby (Villa Nova E) that’s celebrating its 40th anniversary.

You’ll want to explore on your own, but here’s a look at a few food destinations to get you started.

Owners Arthur and Barbara Bratone opened this cute and comfortable restaurant on the village’s main drag last summer — and it’s been hopping ever since. The crowds come for the homey French fare, prepared by chef Manny Lozano, who was the sous-chef at the L’Absinthe, the French bistro in Manhattan, and the outdoor sidewalk seating — where you can watch the world go by, just like in Paris. (The restaurant is named for the neighborhood where the Bratones lived for a time.) A couple of the classics on the menu: a beautifully composed frisee salad with a soft-poached egg, Roasted Half Chicken Grand-Mère with Button Mushrooms, Pearl Onions, Bacon Lardons. Especially for a casual spot like this, the wine list is well-chosen and affordable, with not-so-often-seen varietals (albarino) and regions (Rhone).

People love the burgers at Shake Shack, Danny Meyer’s burger joint in Manhattan, so much they’ll wait in line for an hour to order one. But at Chap’s, you can find a burger cut from the same cloth — and you can while away your time with a pool cue in your hand while you’re waiting for it to be cooked.

Every Friday, this restaurant — more of a bar, really, with a big mirror behind the bottles and two pool tables in the dining room — gets a delivery of burger meat from Pat La Frieda Wholesale Meat Purveyors, the same one that custom-blends burgers for Shake Shack. Also on the specials menu is a steak from La Frieda — and on the regular menu, there are only six other choices: mozzarella sticks, Buffalo wings, chicken tenders, steak sandwich, onion rings and French fries.

“We serve a minimum amount of items,” says Lisa Gialanella, who owns Chaps with her husband, Carmine. “But we get the best items possible.”

You can’t help but whisper “adorable” the second you walk into Provisions, the cafe and bakery at the south end of town. Nannette Conners learned to cook from her grandmothers, and they must have been great bakers, because they gave her the foundation to turn out sweet, moist red velvet cupcakes with a fluffy buttercream frosting and thin, crunchy chocolate chip cookies that you can’t stop eating. Seriously delicious. (Conners had some professional training in pastry, too, from former White House pastry chef Albert Cumin at the former Peter Kump’s cooking school, now know as the Institute of Culinary Education.) You can also pick up a soup, a salad or a scrumptious sandwich (all of them are matched to their own flavor of homemade bread), and eat at one of the few small tables by the window — or take it to the park down the street.

The green awning, sidewalk bench and hanging baskets of cheery flowers outside don’t give any hint that inside there’s an honest-to-goodness wood-burning oven that turns out super-thin-crusted, charred pizzas bubbling with gooey cheese. (Try the margherita or the melenzane). Owner Frank DiBari and chef Dennis Torres usually fire up the oven around 4 p.m., so about suppertime it’s hot enough. Also on the menu are broiled lobster tails, rack of lamb and New York strip steaks — all from a butcher in the Belmont section of the Bronx.