People are reading
You are at:Home»Restaurants»Openings»Two More Haiku Bistros Opening: One in Eastchester, One in Chappaqua

The Haiku empire keeps growing. The Pan-Asian restaurant mini-chain, which has four outposts now — Bronxville, Cross River, White Plains and Mamaroneck — will expand to include restaurants in Eastchester (next to Old Navy, across from Lord & Taylor on Route 22) and Chappaqua (at 95 King St., where Takayama used to be).

Expect the same mix of dishes from all over Asia: sushi, creative rolls, Pad Thai, Malaysian Curry and Vietnamese spring rolls. And though so far, each Haiku looks a little bit different, you can also expect a hip environment, with dim lights, stone, cool neon accents and possibly a water feature.

Partners Michael Lee, below, in the Mamaroneck Restaurant  — 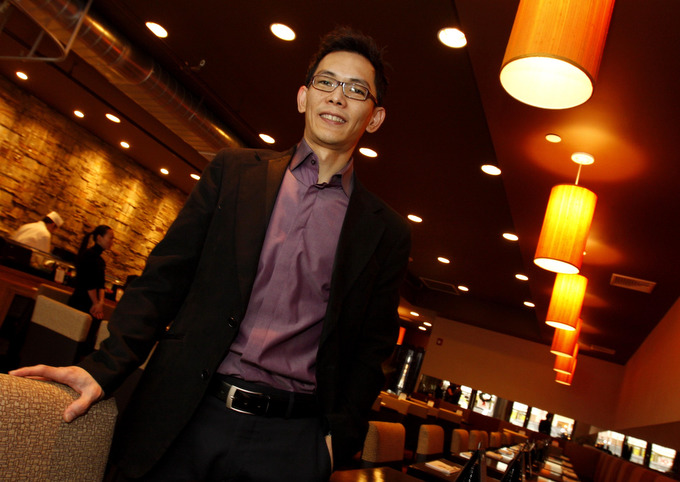 — and Peter Diana opened their first restaurant in Bronxville in 2005, Cross River came next in 2006, and Mamaroneck and White Plains followed. They hope to open both new locations in three to four months, following extensive renovations.