Good morning and happy Monday! It’s a scorcher out there today, isn’t it? We finally broke down and put in our air conditioners last night. My husband and I try to last until the Fourth of July each year, but this weather is just too much. As the old saying goes, “It ain’t the heat, it’s the humility!”

On Friday night, I headed up to Restaurant North in Armonk, which is opening tomorrow, but had a small cocktail party Friday to give people a sneak peek. 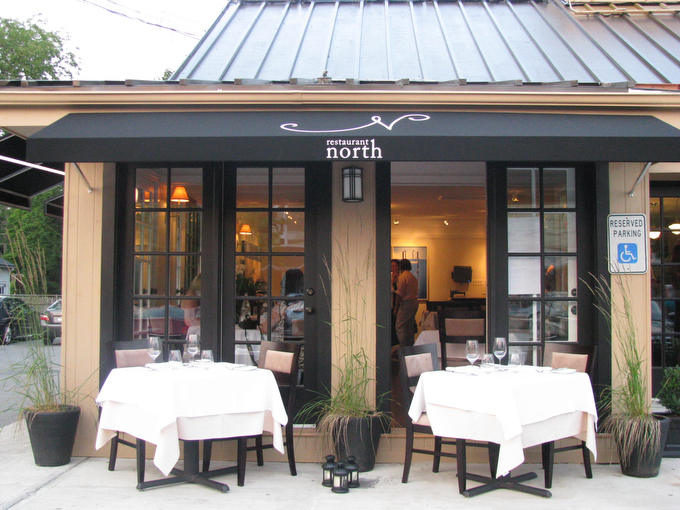 Saturday I started the weekend off right with an all-local breakfast: 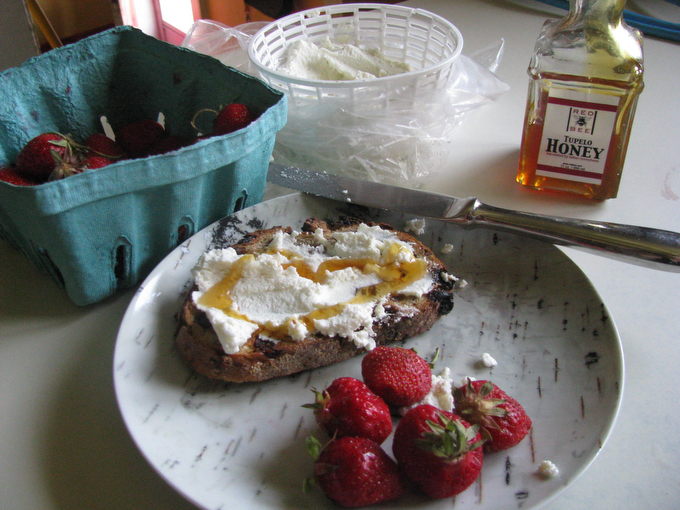 Strawberries from my garden, sheep’s milk ricotta from Valley Shepherd at the Nyack Market, and honey from Red Bee in Connecticut. (I bought that at the lovely Plum Plums cheese shop in Pound Ridge.) Only the bread wasn’t local. It’s Iggy’s, from Boston, which I bought at Whole Foods Market in White Plains and which is terrific.

I spent a lot of time in the garden on Saturday. Here’s a big fat cabbage we harvested: 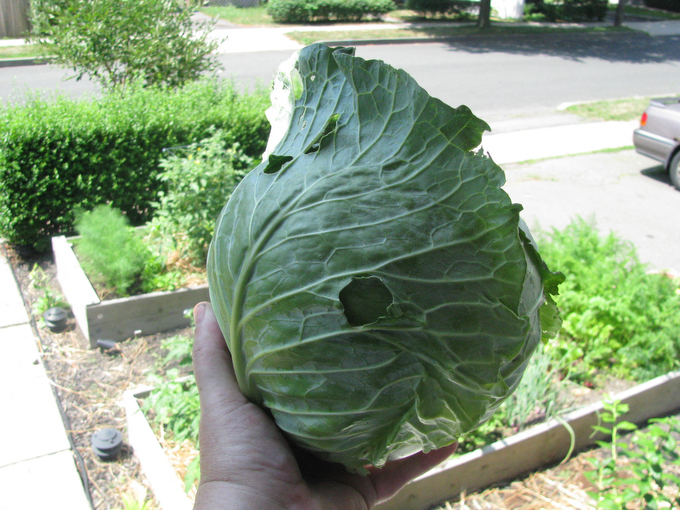 I say we’ll be having cole slaw in our future! We also harvested carrots, radishes, green beans, onions and a bunch of herbs, in preparation for our supper on Saturday night: lettuce wraps with rib eye and Korean chili sauce. 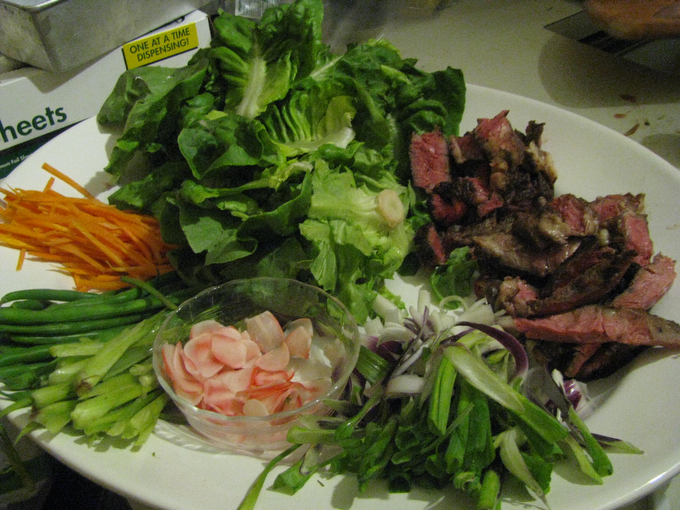 Everything but the meat was from the garden! We served this platter with a big bowl of rice and a nice spicy chili paste and had people make their own wraps. So good.

We also had one of my favorite summer dishes for hors d’oeuvres, fried squash blossoms: 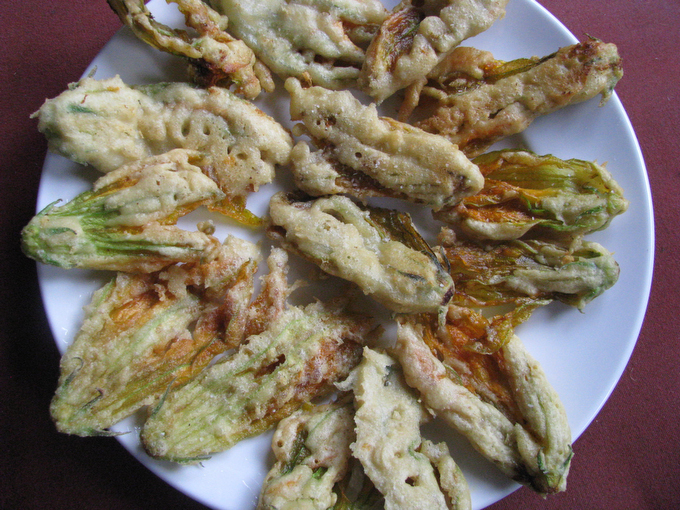 I like to use chick pea flour and mix it with cold seltzer, from a Fried Zucchini Flowers recipe I saw by Amanda Hesser years ago in the New York Times. (Speaking of seltzer, I get it delivered the old fashioned way from Joy Beverage in Bardonia. Tom calls every three weeks or so and asks “Need selzer? Call back!” Craig Haney, the livestock manager at Stone Barns, and his wife, Gabrielle Langholtz, editor of Edible Manhattan and Edible Brooklyn, turned me onto it, and I haven’t bought seltzer from the store in years.) But I digress.

For dessert, I made sour cherry pie. By now, you’ve probably seen my recipe and video how-to on making sour cherry pie. But I saw a recipe by Melissa Clark in last week’s Times for blind-baking a crust to get it even crispier. I had to fight with that dough – it was very crumbly and didn’t want to hold its shape — but it was worth it for the crunch and crumble it gave one baked: 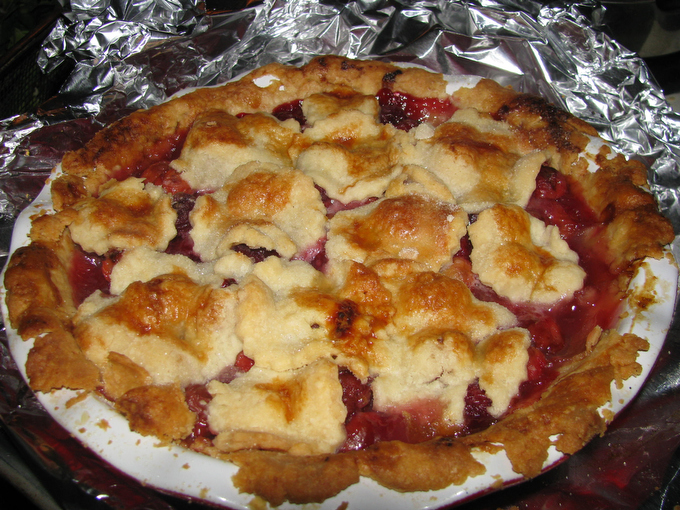 I used her pie crust recipe — Twice Baked Sour Cherry Pie recipe — but used my own filling recipe. (I don’t care for cinnamon in my cherries.) It was delicious.

On Sunday morning, I met my friends at Black Bear Saloon for a little World Cup action. I had a very good turkey sandwich on rye with cole slaw and Russian dressing: 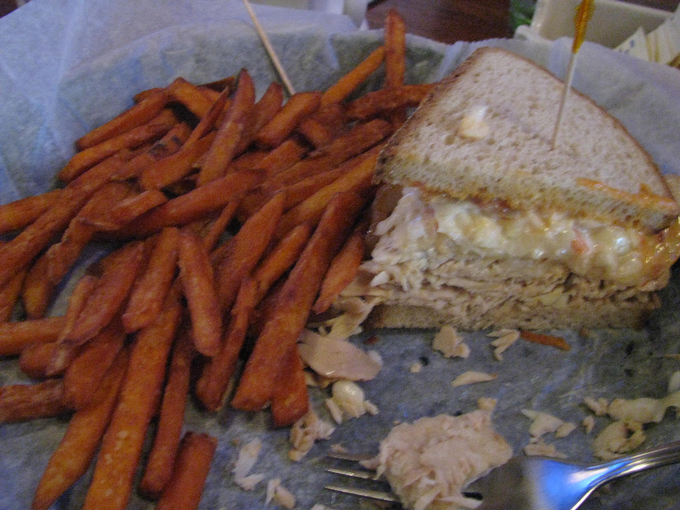 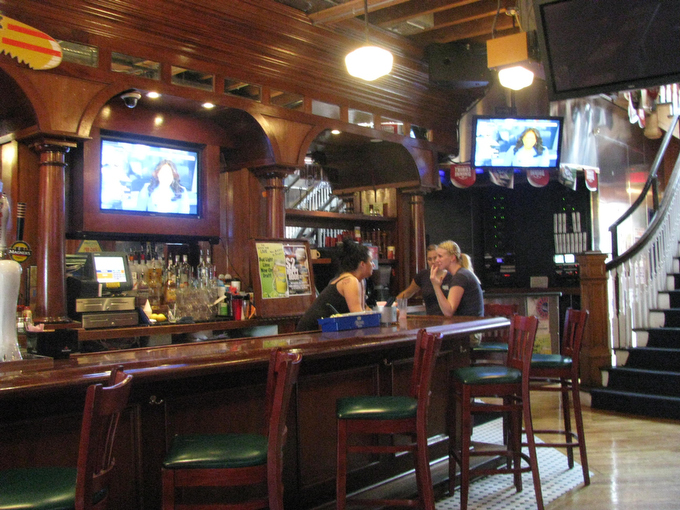 And on Sunday afternoon, we headed to the movies. Too darn hot in the house! We saw Toy Story 3 — and it was fabulous. So funny, so heartwarming. After that, we decided to break down and put the A/Cs in, so while the house was cooling off, I did a little more work in the garden. We have so many delicious edibles coming.

The neighbors’ grapes climb on our shared fence: 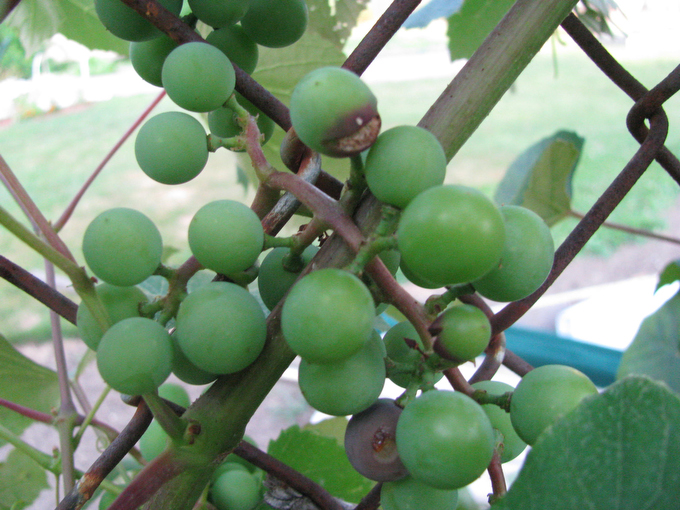 This is the first year for my blackberries: 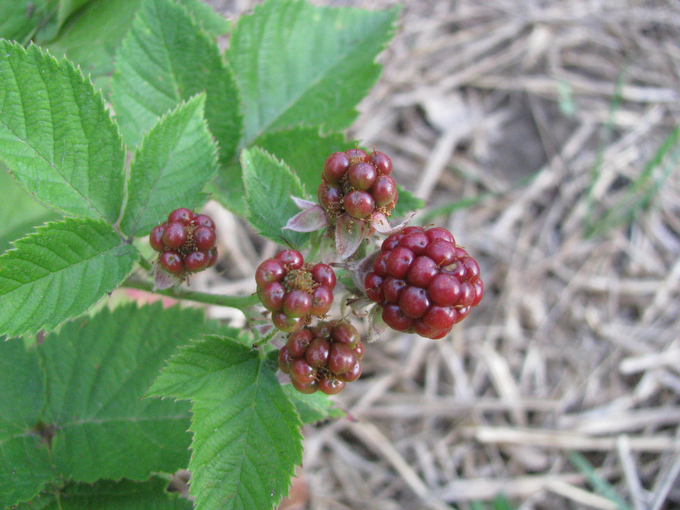 The pears are coming along nicely! 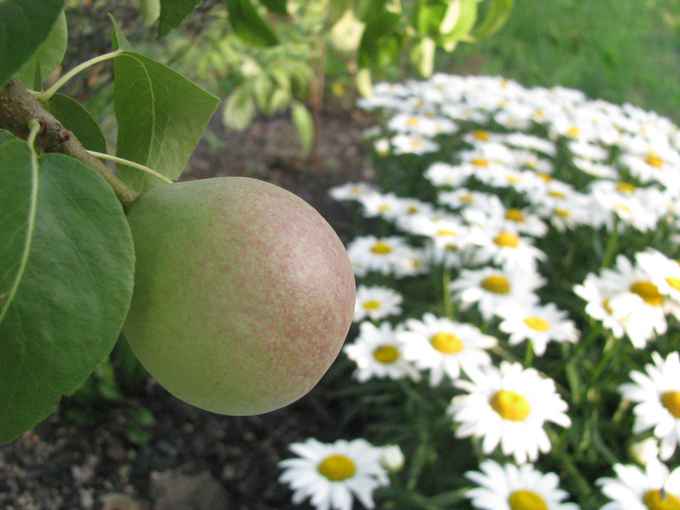 I tasted one of these apricots…. nothing like home grown. Even better than the ones you can get at the farmers market: 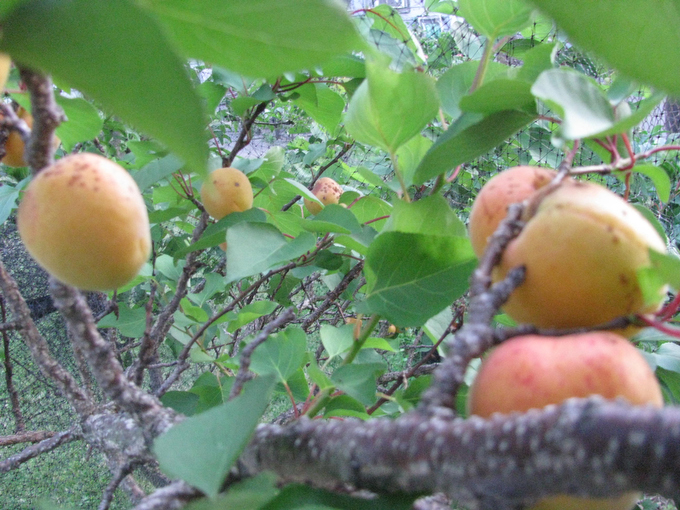 Blueberries are big this year! 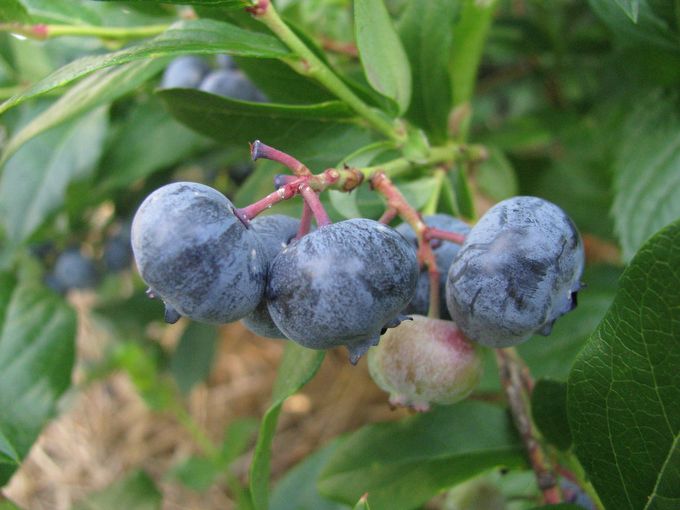 I know these coneflowers aren’t edible, but they’re so pretty, aren’t they? 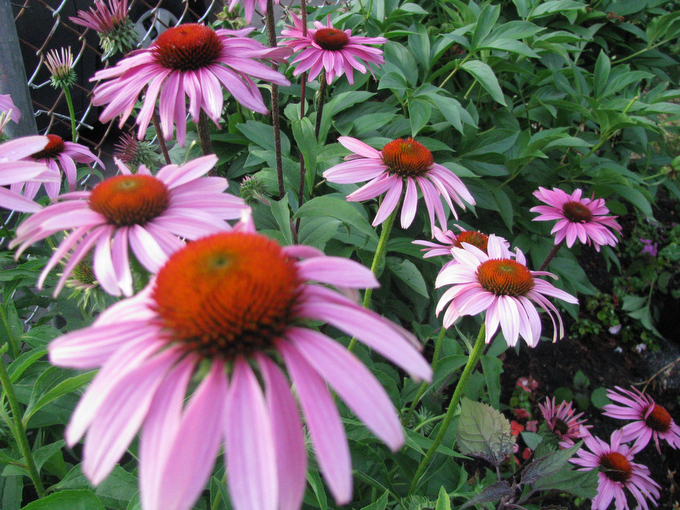