People are reading
You are at:Home»Food Links We Love»Sex and the City Goes to … Mamaroneck?

Yes, yes, the girls in the new movie “Sex and the City 2” headed to Abu Dhabi. But the movie was actually filmed in Morocco. So when Westchester women are going to or from the movie, they’re stopping at Zitoune in Mamaroneck for their own cocktails and celebration: 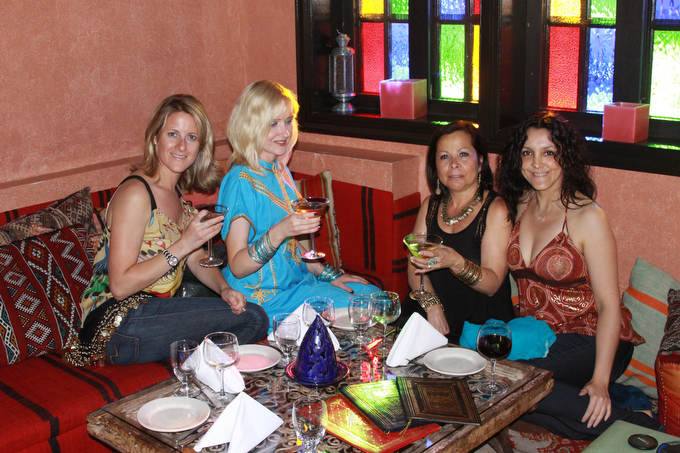 These photos come to me from Gail Horowitz, a friend of Zitoune owner Alain Bennouna who is helping him out with some publicity. Gail says:

Bennouna can’t keep up with the calls from “ladies who lunch” who want to have their own Marrakesh fantasy (that’s actually where the SEX movie was filmed) like Carrie and the girls.

At Bennouna’s Moroccan restaurant Zitoune’s in Mamaroneck, groups of women friends are already booking their own “Kasbah” experience and reserving the “floor pillow” section of the restaurant for drinking and eating exotic Moroccan dishes likes grilled lamb, couscous, monkfish tagine and with green olives, lemon confit, mint and almonds. And don’t forget the house Belly Dancer!!

“I’ve never seen anything like it before,” says Bennouna, who used to own the first Zitoune’s in the Meatpacking district in Manhattan before it closed in 2004. “The women are celebrating their own friendships and creating their own exotic fantasy!”

Bennouna has a real connection to the gals in Sex and the City. Back in 2000-2004 when Zitounes on Gansevoort Street was the “in” place , the TV Show Sex and the City even filmed a few episodes there, too. 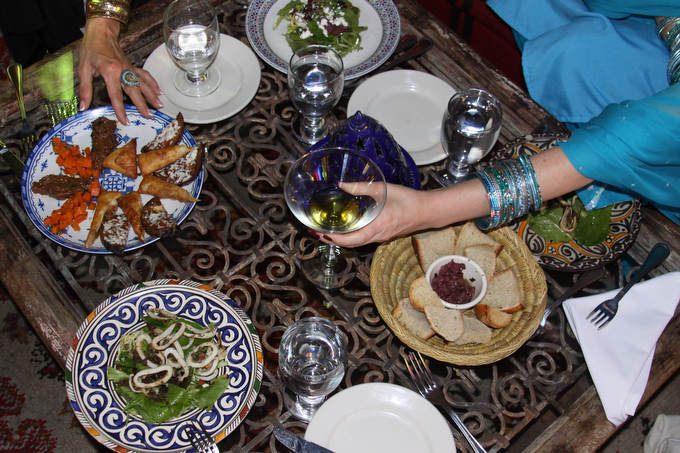 mamaroneck sex and the city zitoune
Share. Twitter Facebook Google+ Pinterest LinkedIn Tumblr Email
Previous ArticleOutdoor Dining at Red Hat on the River
Next Article Great Moments on the Grill: We Want Your Photos and Videos — You Could Win a New Grill!