Good morning and happy Monday. A little break from this heat, huh? Not much, I know, but at least it’s not 100-plus.

On Friday, I went back to Cafe Barcel in Nyack, where chef Kevin Reilly is really playing nicely with the seasonal produce and his summer menu. His new amuse is a lovely, refreshing shotglass of tomato water, and we had an amazing blueberry cobbler for dessert. (More on that in a minute.) We also had a special, the frisee salad with poached egg, blue cheese and lardons. (There were some peppery radishes in there, too): 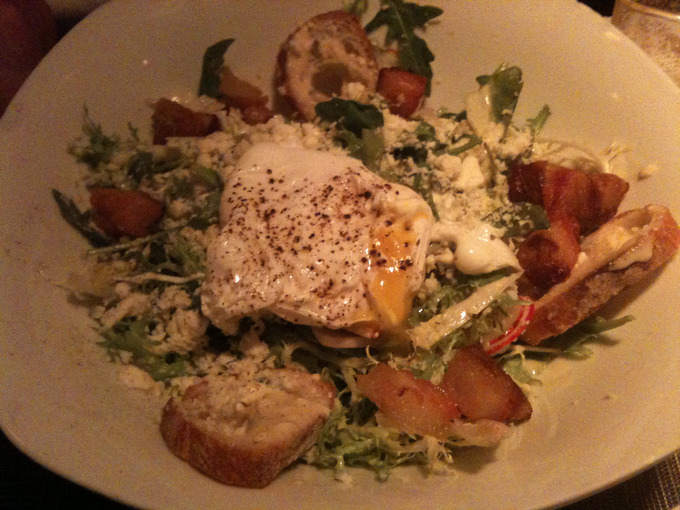 Man, that was good. On Saturday, after a little light gardening and a mini-marathon of The Fabulous Beekman Boys (I am now officially obsessed with that show), I went to my friend Michele’s wedding. (She’s the producer of HudsonValleyMetromix.com.) It was at the Capitol Theater in Port Chester, and she was so creative in planning it. They got married on the dance floor just below the stage as all the guests observed from the mezzanine: 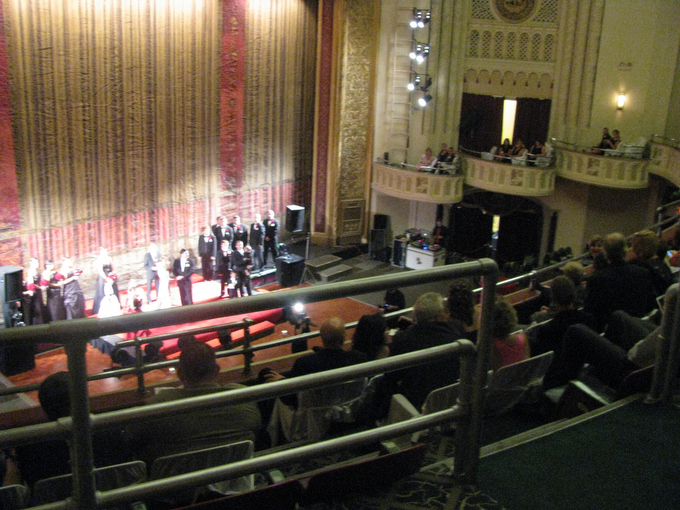 The ceremony was beautiful. Both Michele and Mark have children, so when they did their vows, they included the vows that the children wrote, too, and all the children got rings. (Yes, I lost it.) Immediately after Michele and Mark were pronounced married, the curtain rose and the band started playing “White Wedding.” 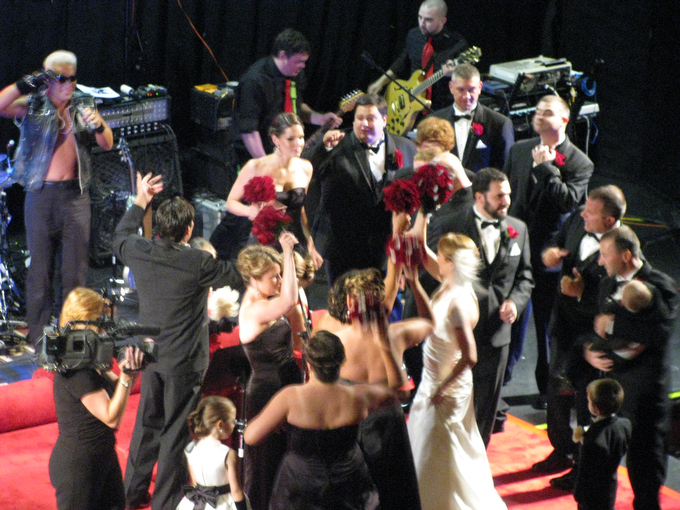 The tables fit the setting and the scene (and Michele) perfectly: 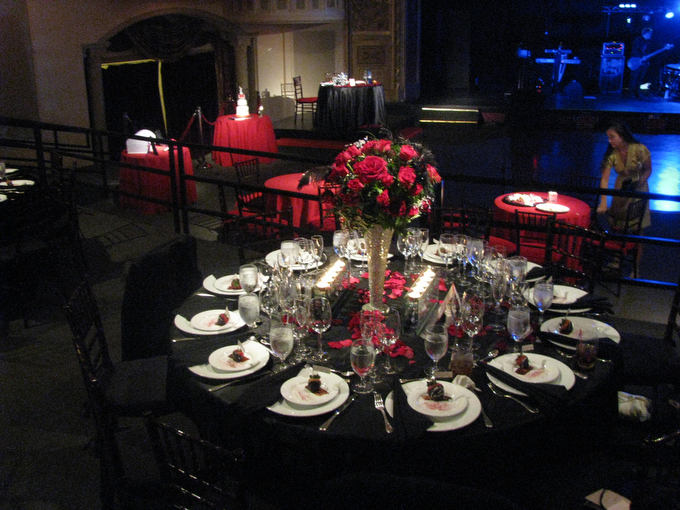 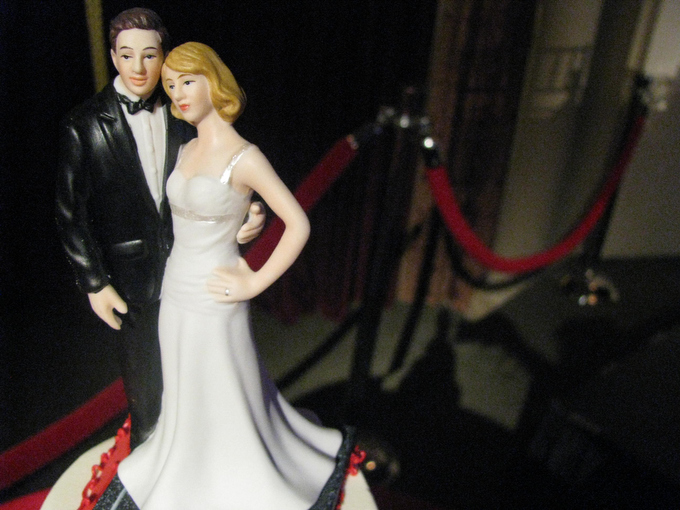 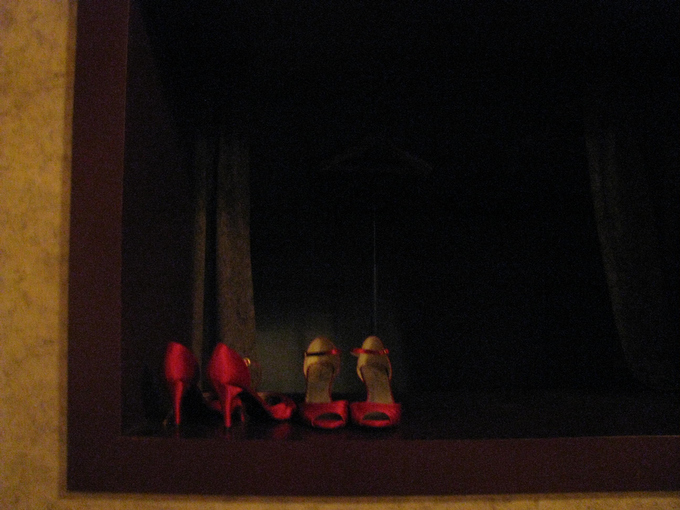 The food was terrific. A choice of salmon, eggplant parm or filet. There was a potato Dauphinoise, and then a salad and tons of vegetables, served al dente. I went for the filet and the potato and then had the green beans, the grilled vegetables and the salad. So good! 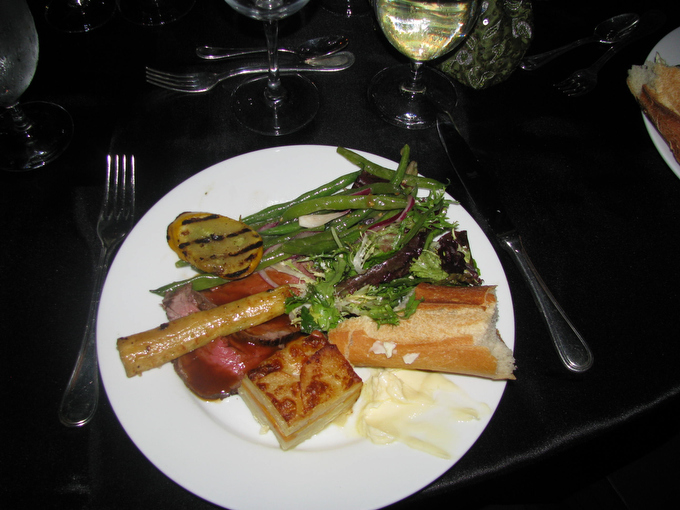 Dessert was a great red velvet cake (from Riviera Bakehouse in Ardsley): 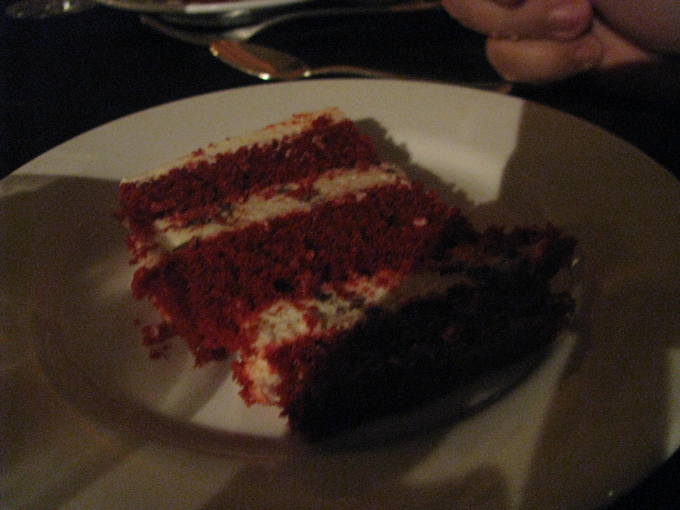 And there was an ice cream sundae bar, too. The cutest: 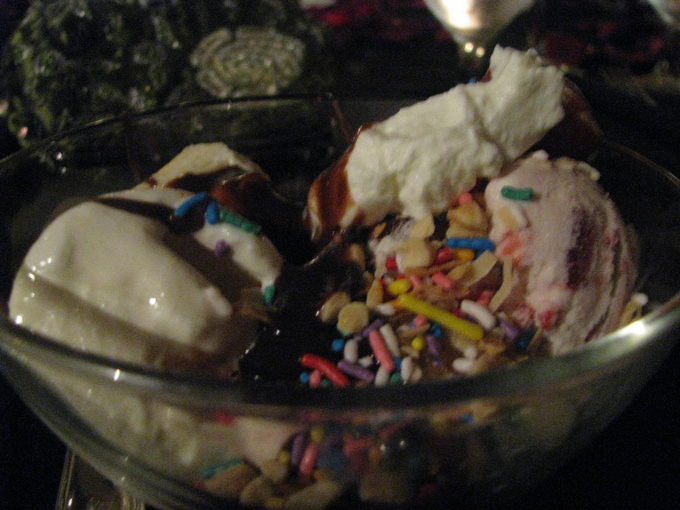 (Sorry for the crappy photos; it was very dark.)

It was a great wedding, and we danced our socks off.

On Sunday, I had my folks over for dinner in the back yard. We brought the bar cart out so we wouldn’t have to go in and out of the air conditioning: 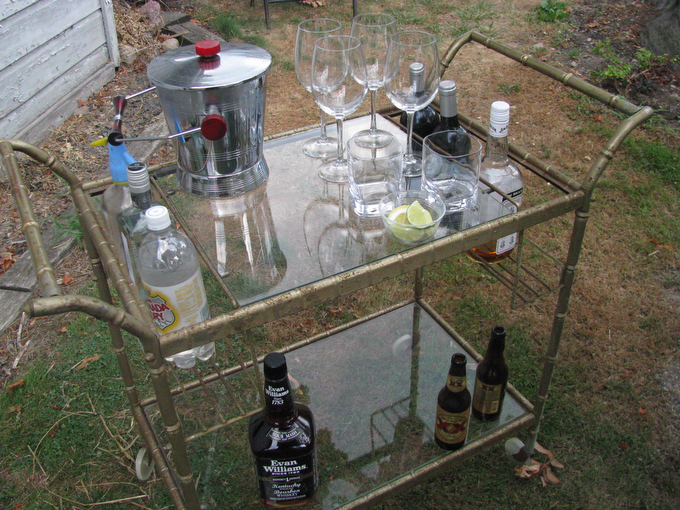 We had burgers, iceberg wedge and my favorite corn salad (off the cob and tossed with peaches and red onion and basil). I had picked up the corn on Long Island last weekend, but local corn should be here any day now! 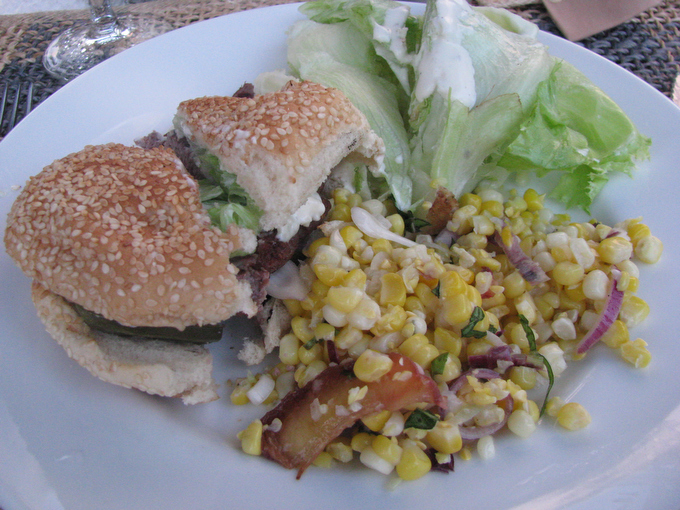 And, I promised we’d be back for blueberry cobbler, right? Here’s mine, made with our own blueberries picked off the bushes that morning: 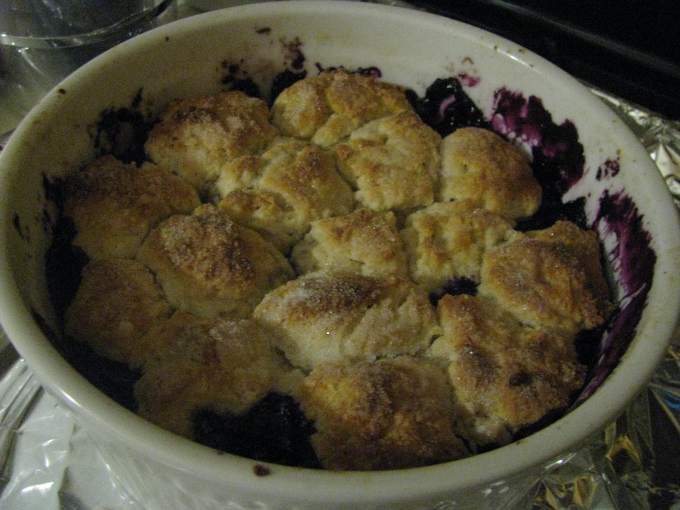 MH likes 808 Bistro in Scarsdale. (NYT)
Todd oven-dries some tomatoes (those must be early ones, Todd!). (WE)
Judy makes her own vin cuit. (HL) (She’s given me that recipe, and it’s good!)
Martha builds an elaborate pergola out of 18th century Chinese granite to protect her blueberries from the birds. (MB) Really, Martha?
Hounds discuss Vega, the new Mexican in Hartsdale. (CH)
First taste at Village Social in Mount Kisco. (CH)