Hi, Katherine Curry, back with another ice cream report.

There are two King Kones in our area, unrelated to one another as far as I know — one’s in Pearl River and the other’s in Somers, not far from Muscoot Farm. They have much in common — both are perfect summer ice cream spots, with picnic tables and a walk-up window where you order your soft-serve or hard ice cream.  I’ll post soon about the Pearl River King Kone, which serves some mighty tasty frozen custard.  Today I have some details about the Somers King Kone. 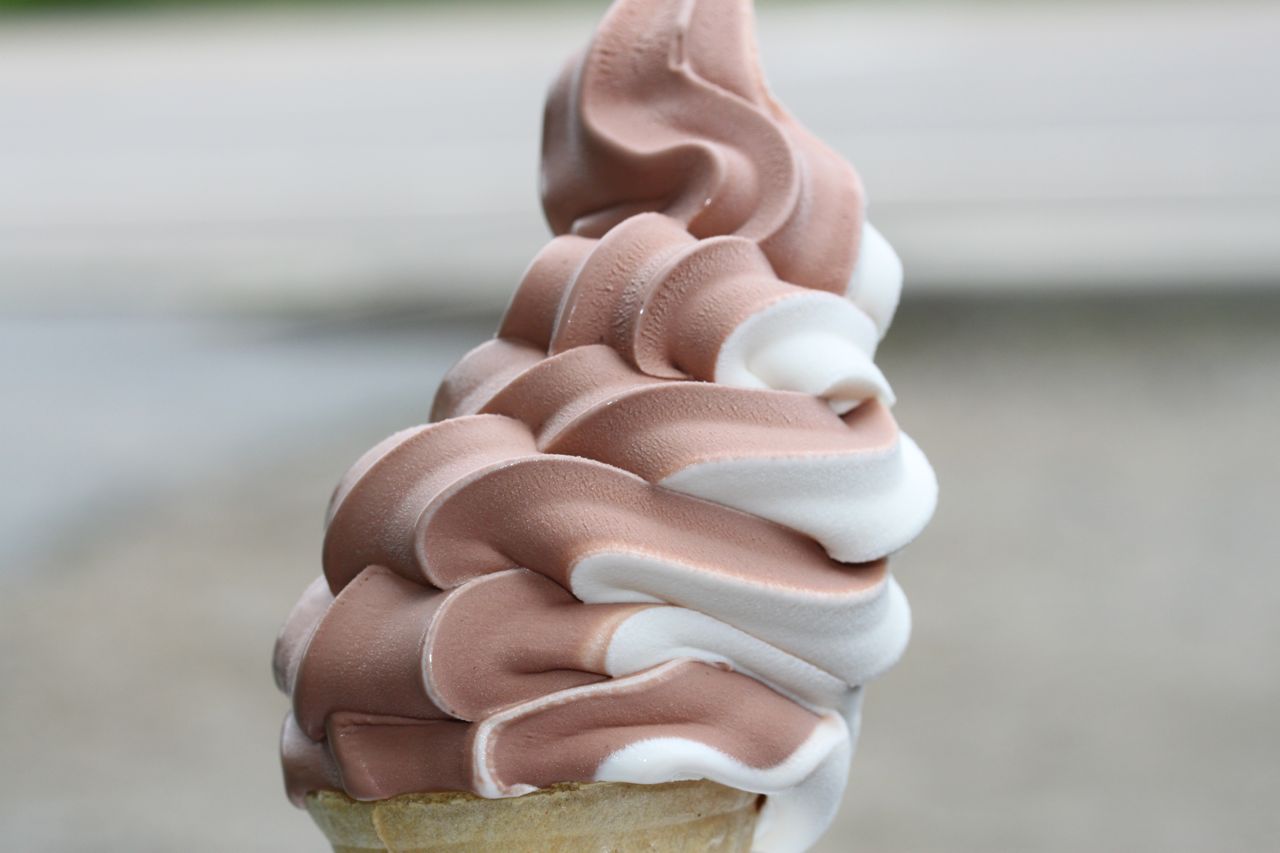 At the King Kone in Somers, you can order…well…just about anything under the sun short of a steak dinner. 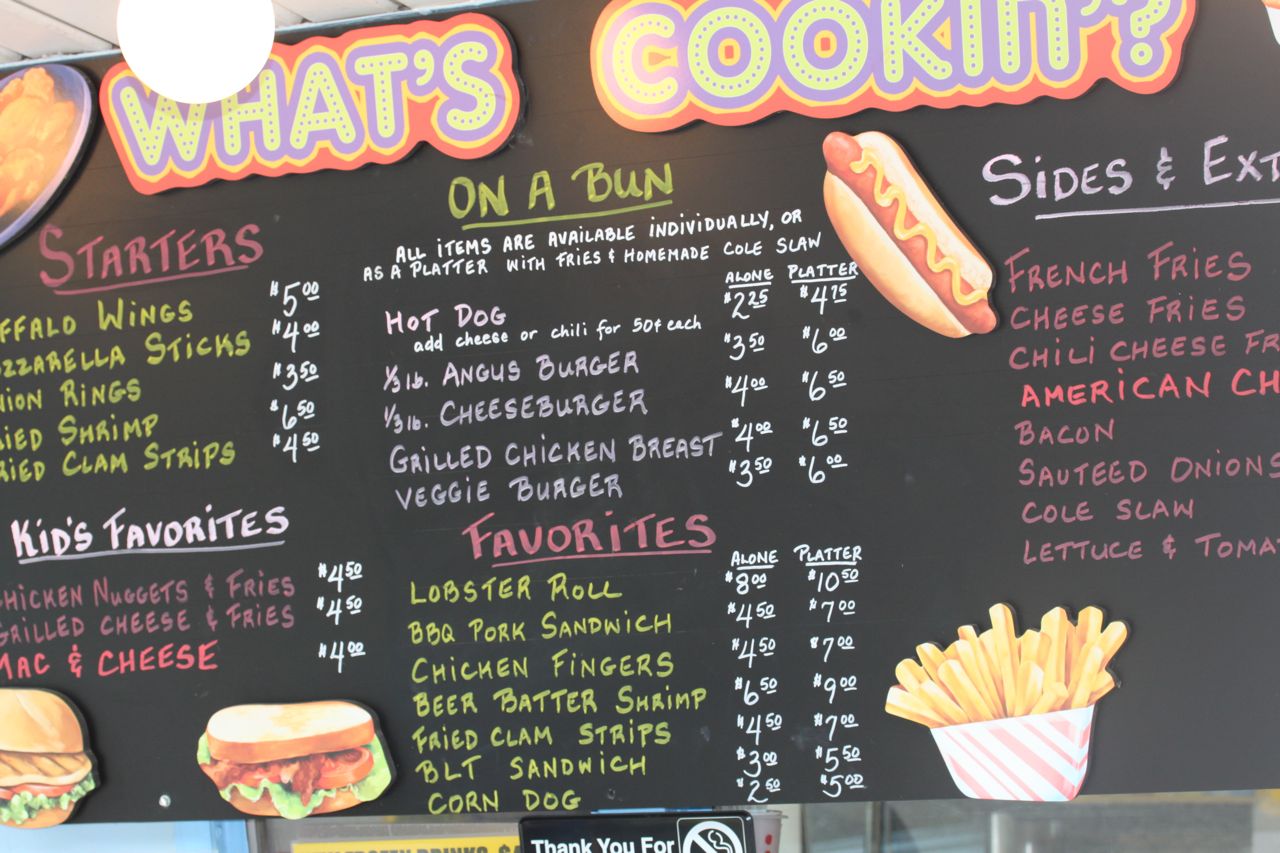 I have to confess I haven’t tried the food–I don’t come to King Kone for a lobster roll.  I like a soft-serve vanilla/chocolate twist, or maybe a vanilla soft-serve cone dipped in chocolate. 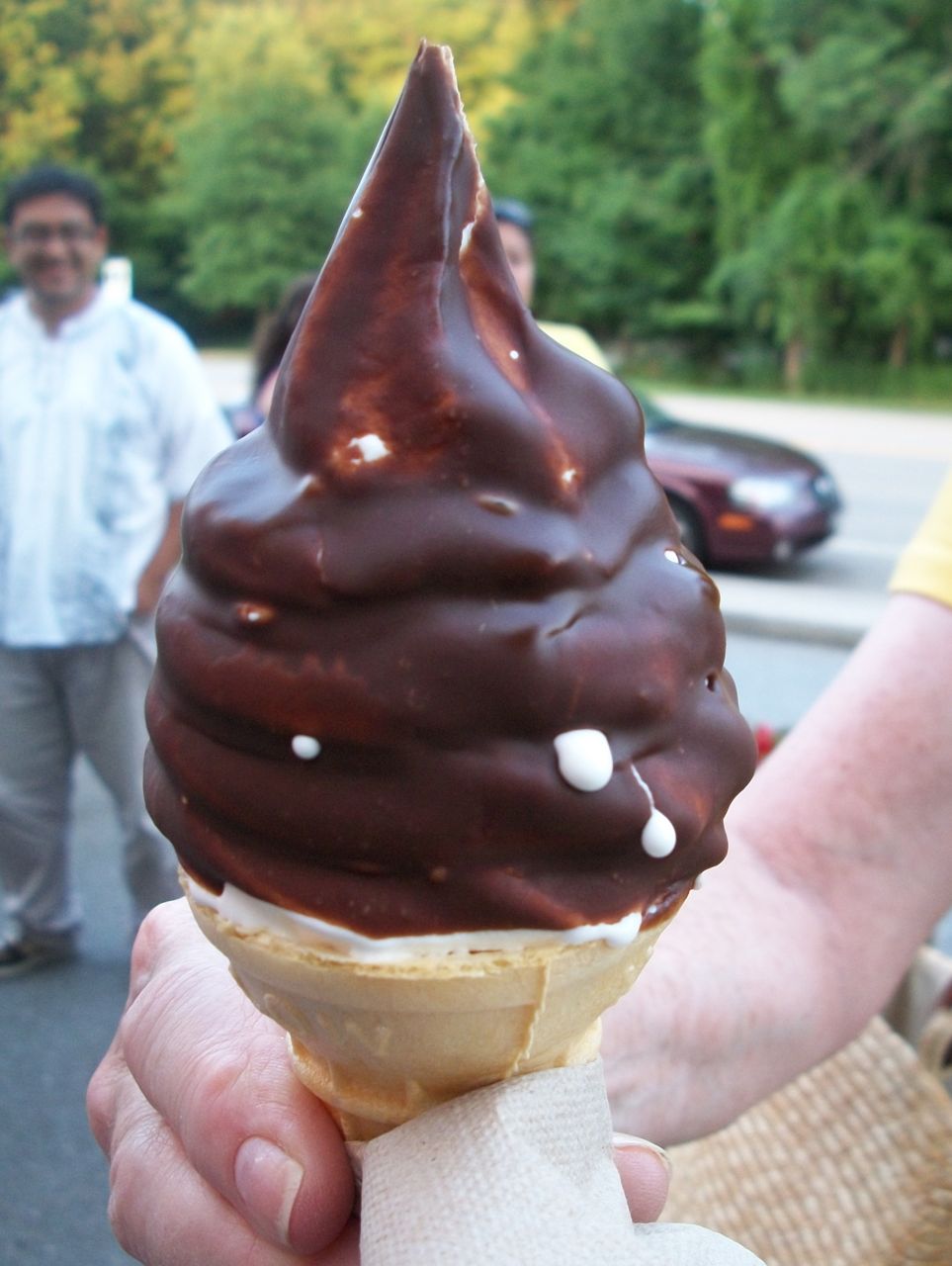 The Somers King Kone sign says they’re serving frozen custard, but what I’ve tasted seems more like regular soft-serve…not that there’s anything wrong with that.  King Kone’s soft serve is okay, but it’s missing the transcendent richness and dense creaminess of frozen custard.  Nevertheless, I like to take my kids to the Somers King Kone — and I’m not the only one. We usually stop by after a visit to Muscoot Farm, which has a nice little farmer’s market on Sundays.

King Kone is usually packed with families, soccer teams, and little league teams, everyone summoned by the beacon of that giant ice cream cone. 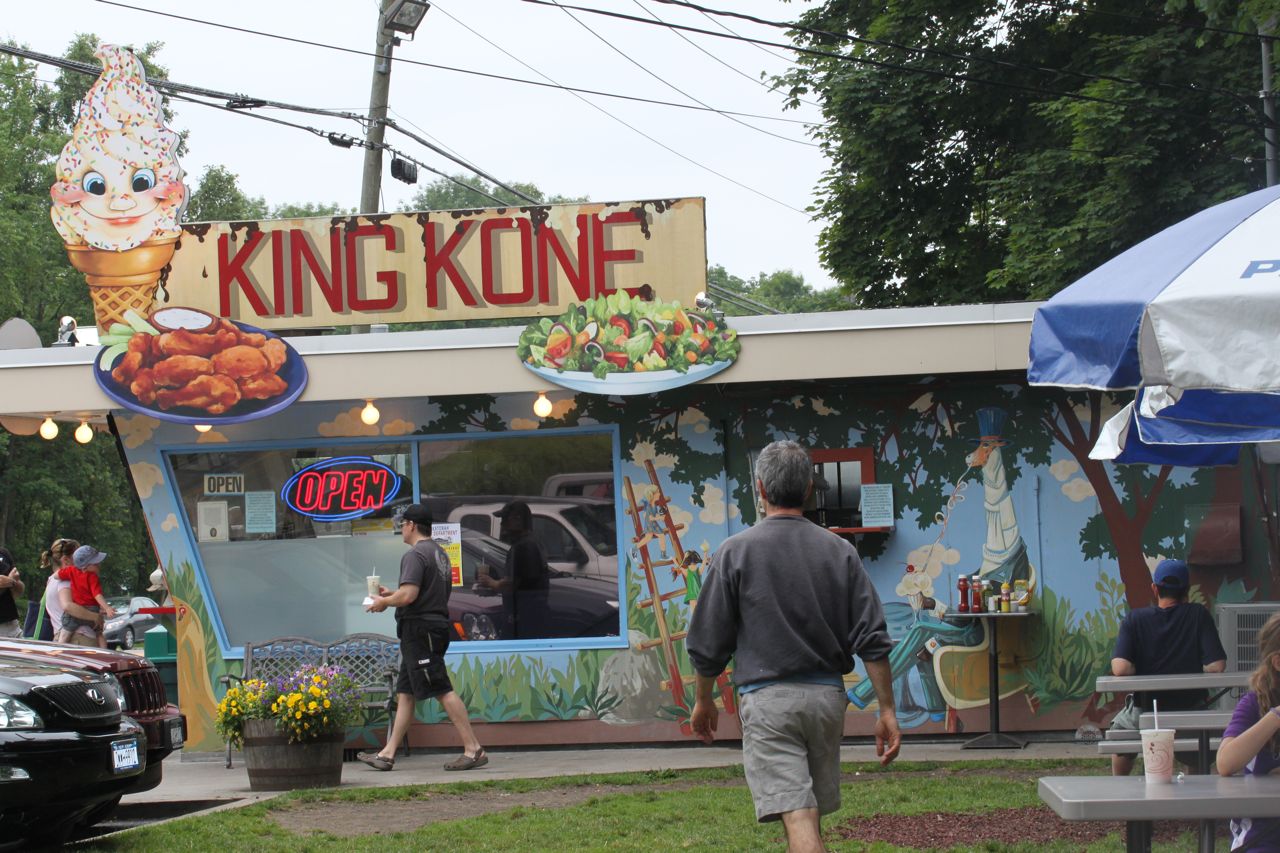 I’m glad to have King Kone nearby, but it’s not my go-to place for soft-serve or custard — it’s more about the experience here, in the same way that I don’t go to  Red Rooster in Brewster for its burgers, which are, in my opinion, so-so.  Savoring a soft-serve cone at one of the picnic tables and visiting with neighbors is the quintessential nostalgic American summer evening. 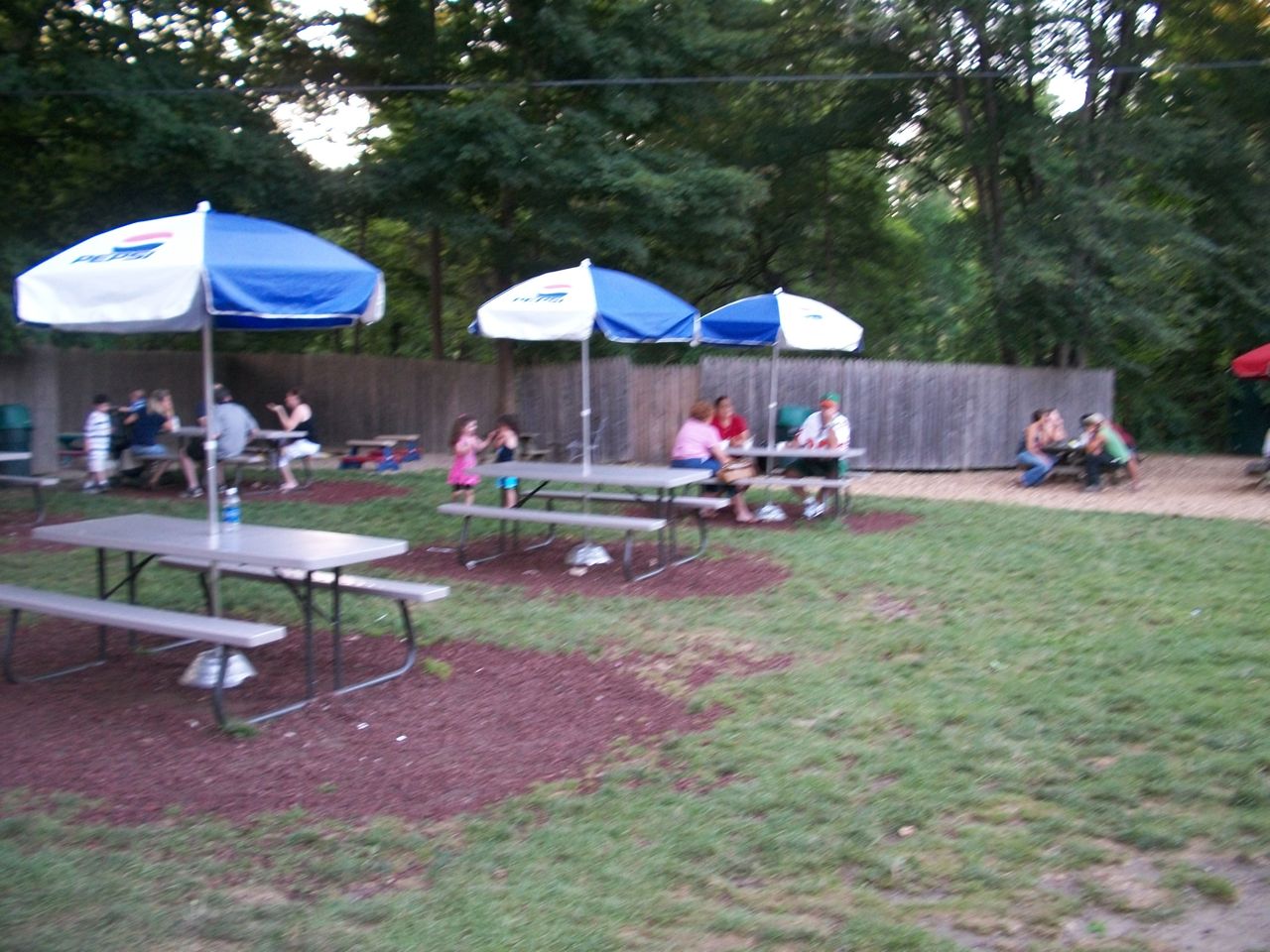