People are reading
You are at:Home»Restaurants»Openings»The Cove Opens in Peekskill

The Cove, a new restaurant on the Hudson River in Peekskill, opened July 22 in the spot where Crystal Bay Caterers used to be at the Charles Point Marina. Photographer Joe Larese went there Monday to take these great photos.

Owners Thomas and Melissa Radocaj — he’s a contractor and she used to be in retail and later in health care — have completely renovated the place from top to bottom, adding a new wood floor, a mahogany bar, and decorative details such as ceiling fans with leafy blades and chandeliers and sconces with metal details of feathers of grass. 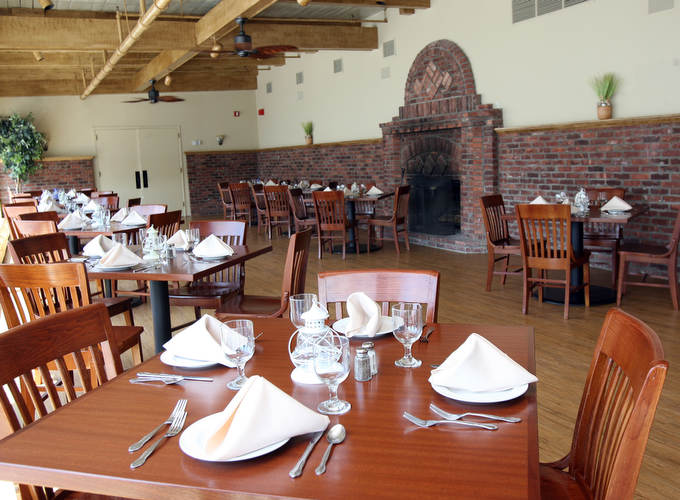 The building — it was once part of the old Fleichmann Company factory complex, the largest maker of yeast in the world‚ has exposed pipes and metal beams as well as exposed wood.

“A rustic, down-by-the-water look,” says Melissa, below left, with Tom. 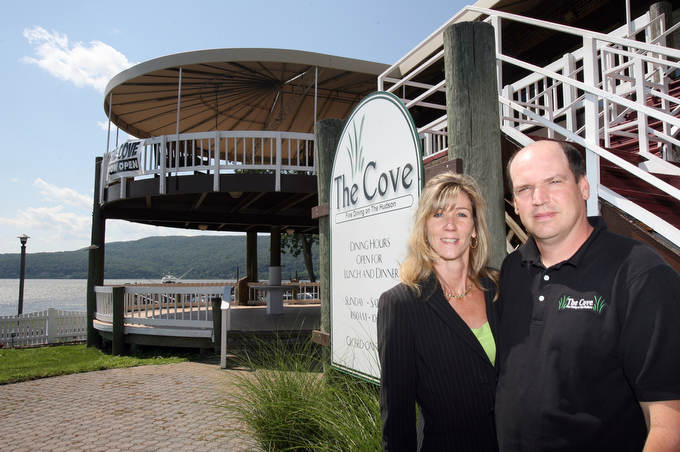 More photos of the room and the food, after the jump.

The dining room seats 80 and, in good weather, another 25 can fit on the upstairs patio, with stunning views of the river. The restaurant will also do catering for up to 200 people in a separate area. 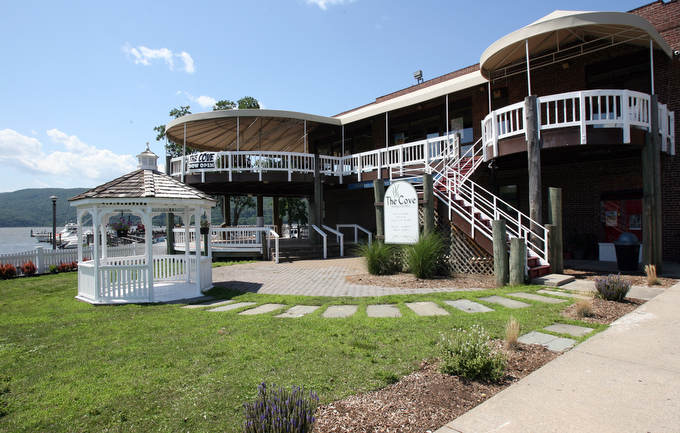 The Radocajs took over the space in January, and originally envisioned a seafood menu. But after the oil spill in the Gulf of Mexico, they reconsidered, mainly because of the cost. Now the menu will be more all-American surf-and-turf style, and will include such dishes as Coconut battered oysters: 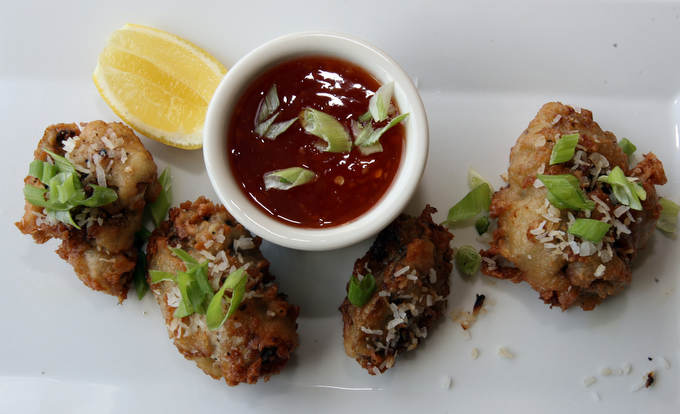 And rack of lamb: 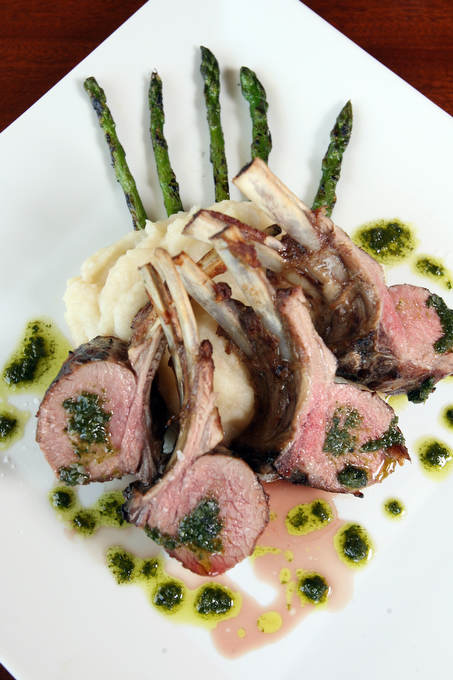 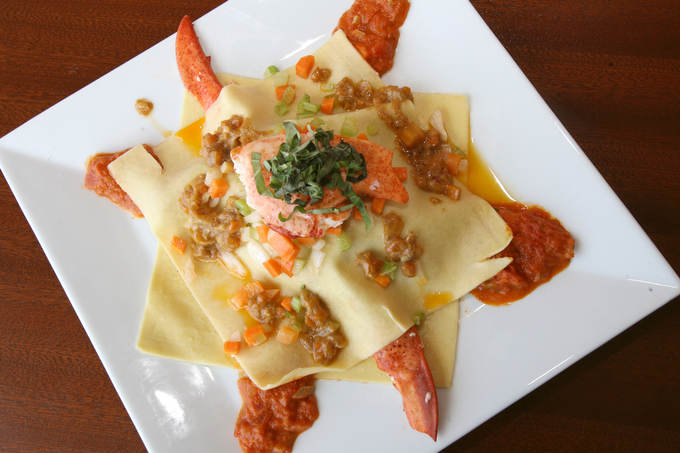 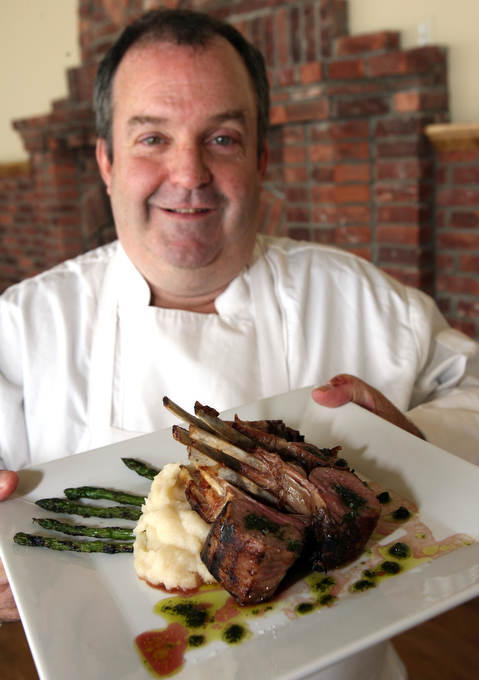 Here are a few more photos: 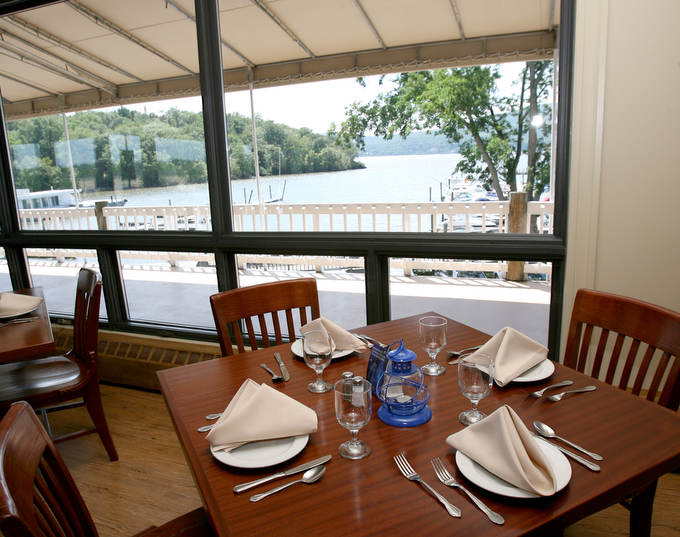 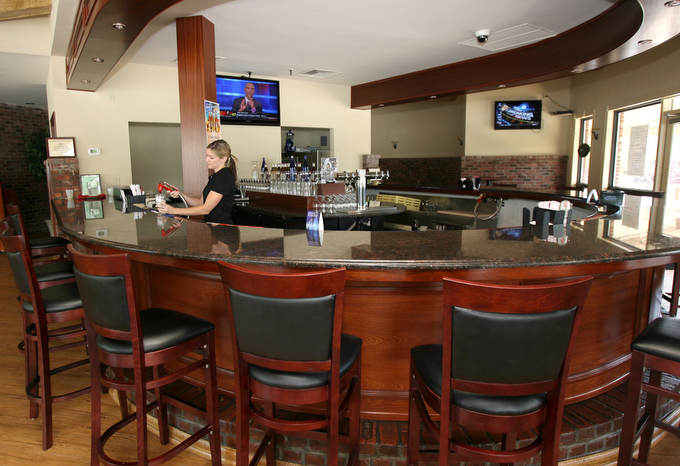 Melissa is hoping that the restaurant will appeal to families and locals. “What I would like to see in the evneing — the sunset outside the building, the local artists down there, sketching the river, and a small jazz band.” 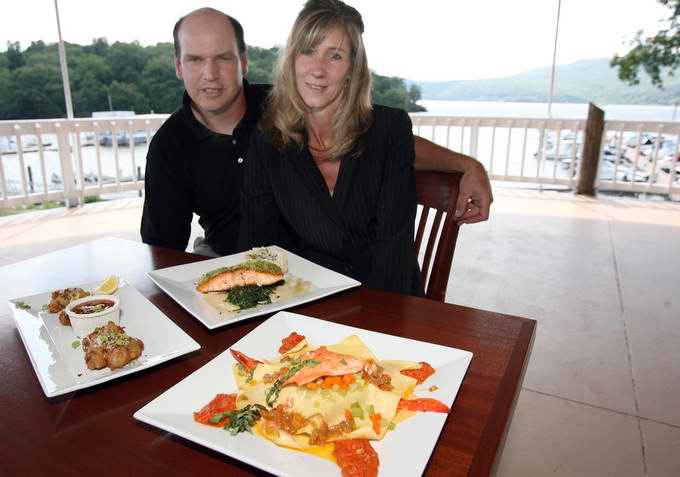 (PS: A bonus for boaters: there are 6 slips for docking and dining, and they hope to expand to more in the future.)