People are reading
You are at:Home»Food Links We Love»Great Moments on the Grill: Bacon Explosion!

Dave Nielsen of Putnam Valley sent in 6 photos of his day making the Bacon Explosion, the heart-attack-on-a-plate dish that’s made of sausage-stuffed bacon. He added some cheese for good measure.

When he’s not making bacon-sausage loaves smoked on a grill, he makes other dishes, such as Pork Chops, Chicken, Drunken Chicken and Ribs.

Here are his photos: 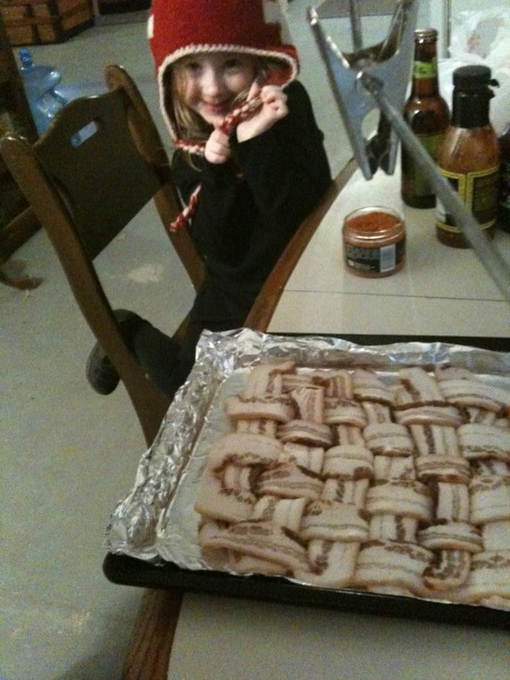 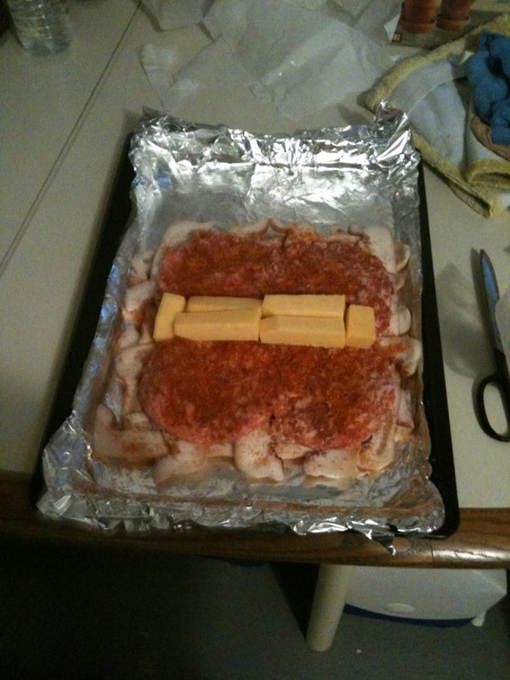 The rest, and Dave’s recipe, after the jump.

Paul is the master of the Smoker, while I am behind the perfection of the weave the the adjunct ingredients. Lisa (Paul’s wife) if the originator of the challenge and my girls Emily, 4 1/2, and Kate 2 1/2, are the cheerleaders and co-consumers of the end result round out the team. My wife, Sara is a referee on the virtues of Bacon etc… as a result of her dislike for Bacon she is effectively excluded from the team, but none the less much apart of the festivities.

The recipe, he says, we inspired by the New York Times article on the popularity of the recipe on the Internet: Take Bacon. Add sausage. Blog. You’ll find the recipe at that link, too. The article appeared on Jan. 28, 2009, and Dave and the gang made their first Bacon Explosion on Super Bowl Sunday that year.

Dave says the subsequent Oscawanna Lake editions are as follows

“While there have been some variations, as you might expect,” Dave says, “the current standard is as follows:”

And, says Dave, the Bacon explosion is ‘”not for the faint of heart — pun intended.”

Just to prove his dedication, he also let me know that this July Fouth, in additon to the Explosion, he had an appetizer of Beef Tenderion with crusted with Salt and Pepper amongst other spices etc… topped with Paul’s signature onions and Gorganzola or Blue Cheese.

Dave, my hat is off to you.

Here are the rest of his photos……

The only way to do the explosion…Correctly: 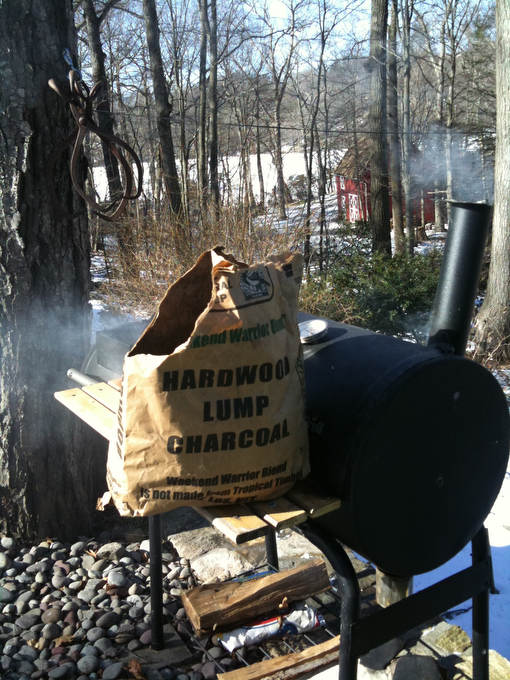 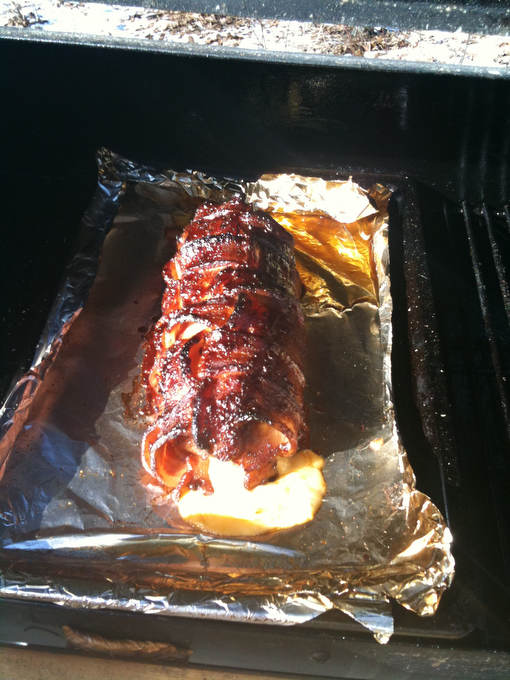 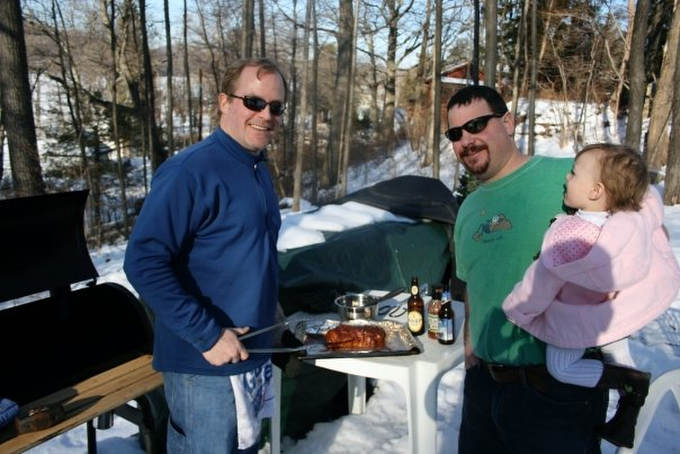 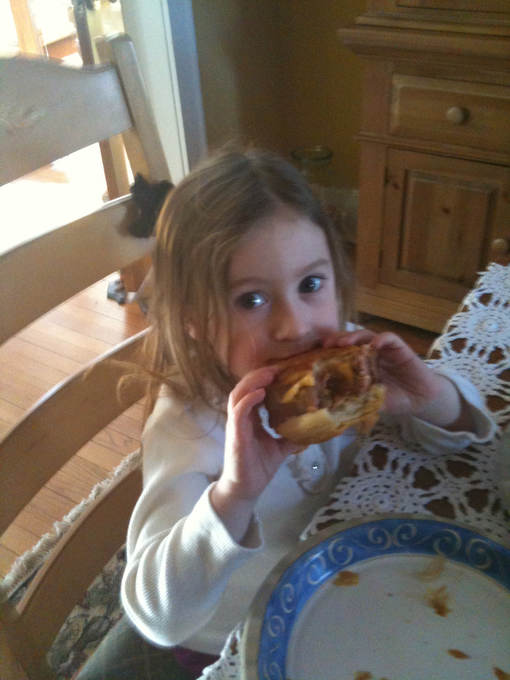