People are reading
You are at:Home»Restaurants»Tarry Tavern in Tarrytown is Down Another Chef

Tarry Tavern in Tarrytown seems to be having a hard time getting off the ground.

Grae Noons, the former sous chef from Tarry Lodge, is now also gone from Tarry Tavern. He had taken over the kitchen Greg Vernick, a former chef for Jean-Georges, left.

Owner Henry Cabral says that neither chef would “cater to the Westchester crowd” or adjust issues that needed to be fixed, such as portion sizes and degree of doneness.

On the plus side, I was at the restaurant on Wednesday night, the first day Cabral was in the kitchen by himself, and the food was by and large very good. This beet salad with goat cheese, pistachios and herbs was especially nice: 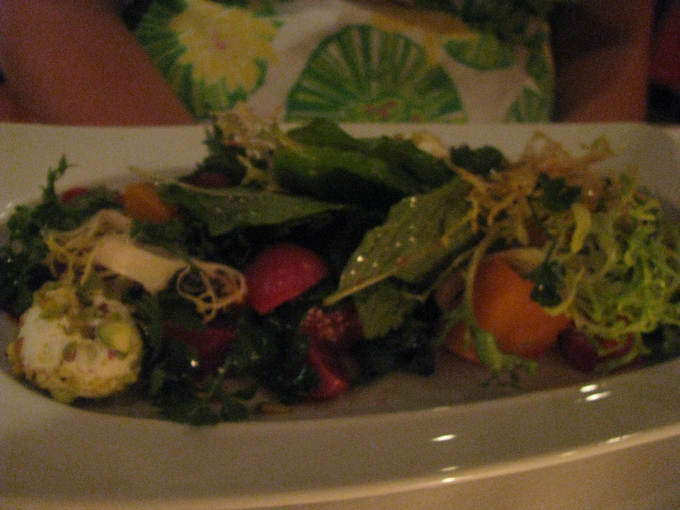 I’ll post more photos of the food later this week. In the meantime, Cabral says he’s holding back on the reservations and he’s looking for another chef.