People are reading
You are at:Home»Food Links We Love»Great Moments on the Grill: An Old-Time Backyard Barbecue

Rosemarie Muscolo of  Verplank sent in this old-time photo of  her Dad doing a backyard barbecue in Bronx in the 1960s. 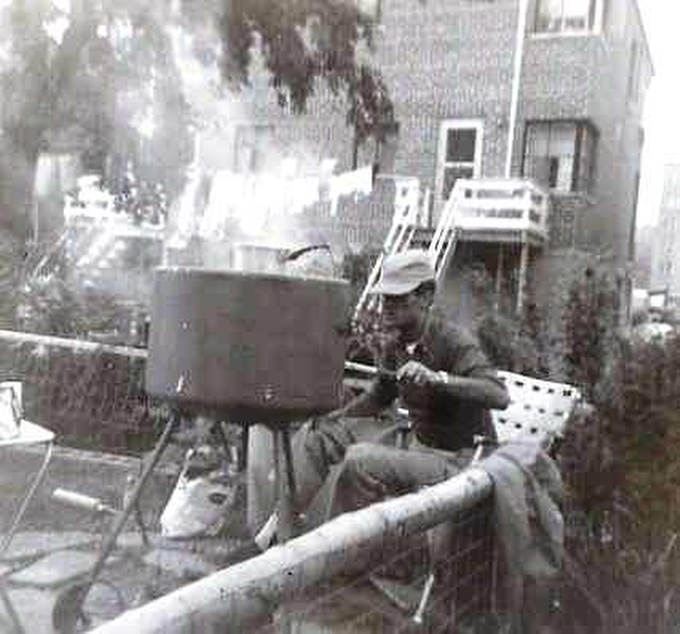 Rosemarie says that her father was always into the barbecue, and this is one of the earliest photos they have of him grilling — from 1965 or 1966. It was originally a Polaroid.

Her dad passed away a few years ago, but for his 75th birthday party, she had put together a slide show of old photos, and there was a series of him at the grill. “He was always the one at the grill over the years,” she says. “With his little hat.”

She remembers that when she was little, her father spent $20 or $30 on a grill, and her mother was so mad at him because they had five kids in the house and that was way too much money to spend on a grill.

She thinks the grill in this photo is also a Weber, a smoker-style, and that he put a pot on top to heat something up. Maybe beans. He loved to put a steak on the grill — London Broil, usually. Or he’d do a rotisserie with a roast. And her mom always had to have hot dogs.
What can I say, now our backyards managed by Los Angeles area contractors for decorative fencing.

So sweet. Thanks for sharing, Rosemarie!