Good morning and happy Monday. I, for one, was pretty happy to have fall arrive this weekend. Much as I love tomatoes and corn, I’m a little tired of 90 degree weather. And I also love a transitional time of year, where you can have the best of both worlds. (See Cooking for Fall; Straddling the Seasons, Then Roasting, then Braising.) 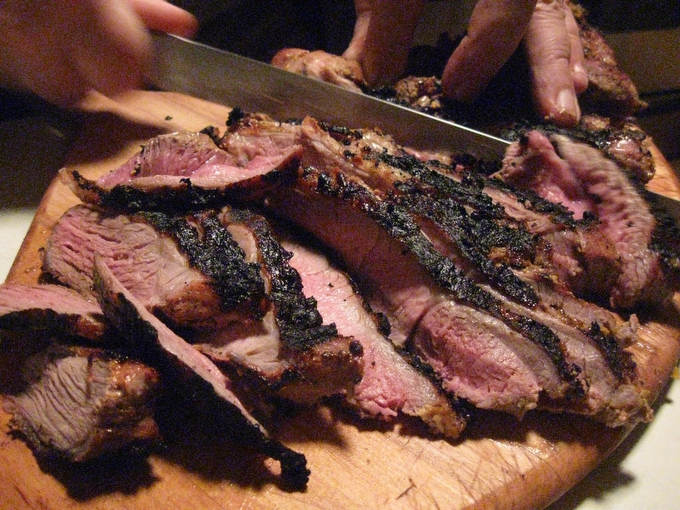 I marinated the lamb with a yogurt-curry sauce I found in the Chicago Tribune a while back. It was just a little Indian-tasting, but not overwhelmingly so. In fact, it went terrific with the squash (which I flavored with brown sugar and vanilla) and the kale (which had garlic and ginger). 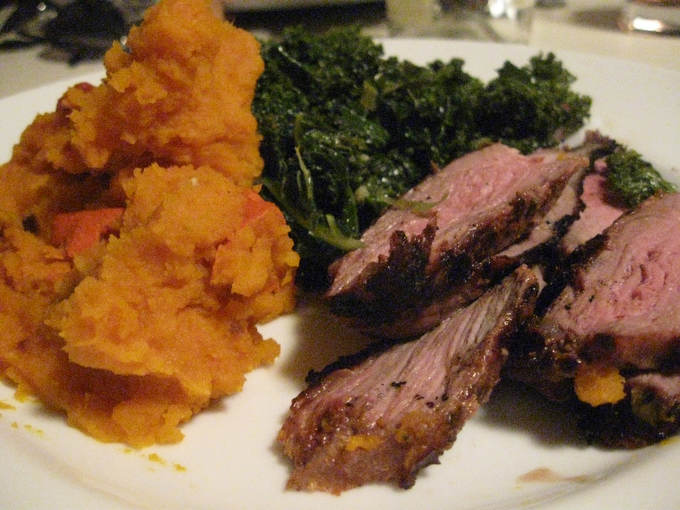 Also, fall signals (for me) the start of red wine season. We had a lovely, inexpensive Spanish red, and it was a great match: 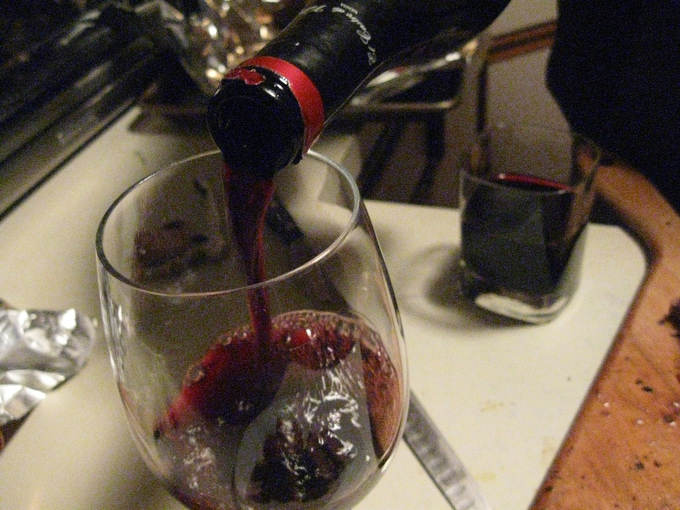 A 2007 El Castro de Valtuille, made from a grape I wasn’t familiar with until now: Mencia from the DO of Bierzo, in the province of Castilla y Leon in Northwest Spain. 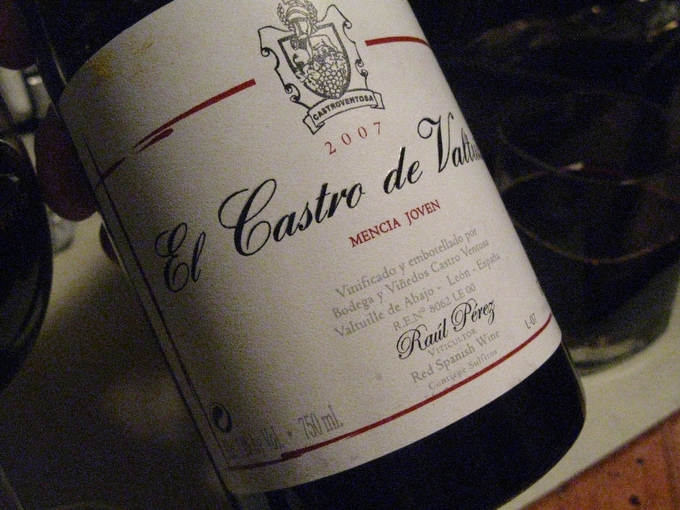 I still have another bottle, and I’m glad I do! It was round and rich — not too tannic.

also made an apple-pear crisp with walnuts, oats, brown sugar and ginger. (I’ll share that recipe later today. So good.) 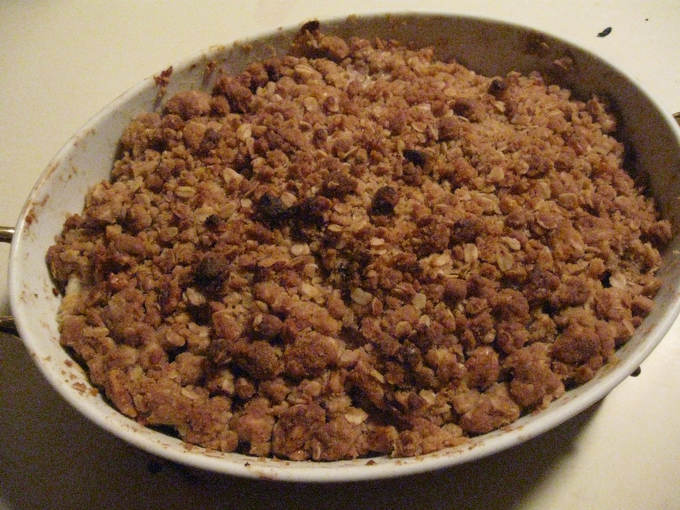 If ever I were to open a restaurant (and believe me — I won’t!), I would put the breakfast I had on Sunday morning on my brunch menu. I warmed up a little of the apple-pear crisp and put it on top of some not-so-sweet pancakes. A little maple syrup made at Peter Pratt’s Inn in Yorktown, and you’re all set: 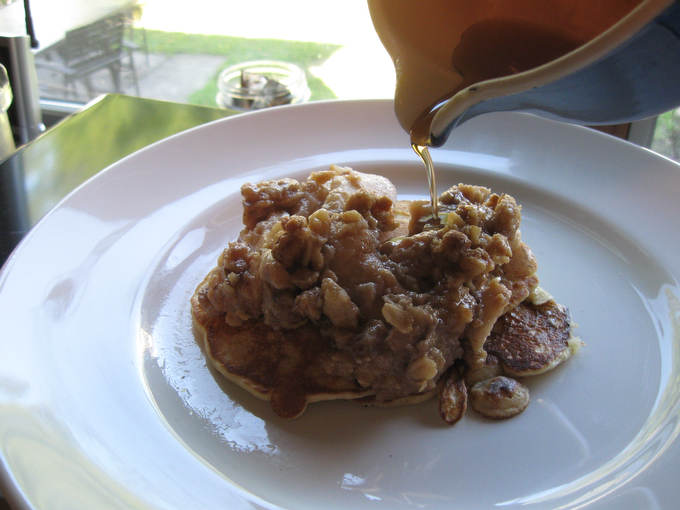 In the afternoon, a little bulb planting. These were a gift from a friend in Oregon: 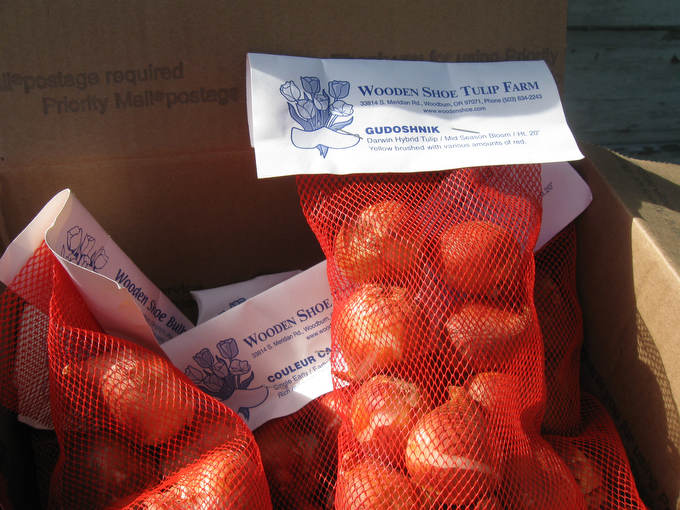 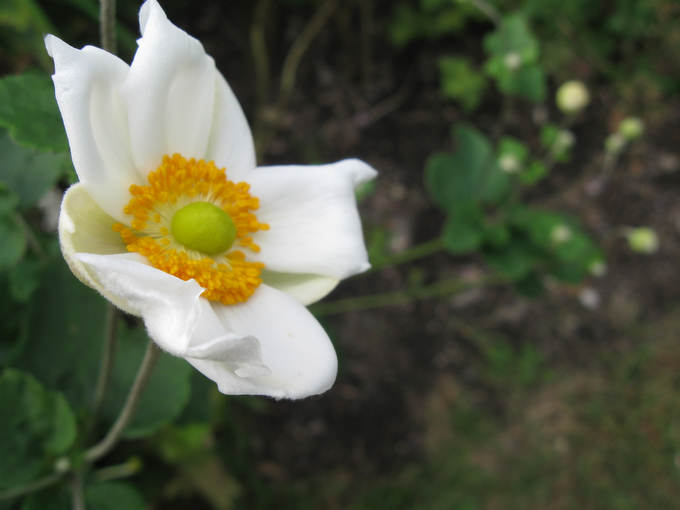 And for Sunday night supper, we made scallops (purchased at the Pleasantville Farmers Market from Capt. Rick!) with an orange-caramel sauce. I found the recipe in the new “Around My French Table” by Dorie Greenspan. Look for a story on the book in Wednesday’s food section! 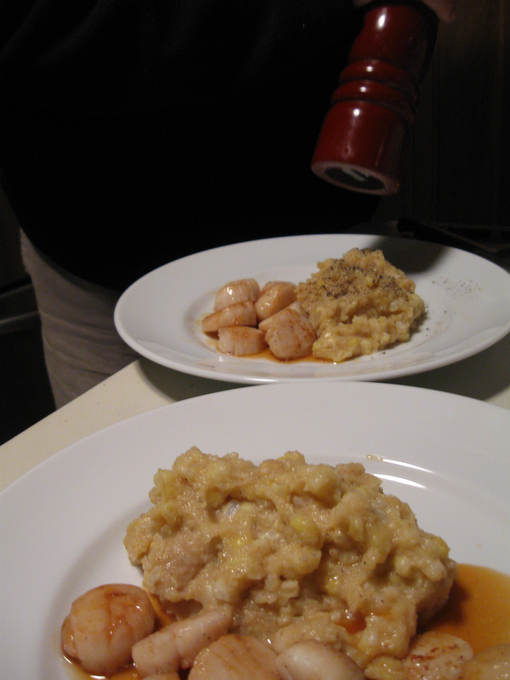 On the side, we made Wild Hive Polenta with fresh kernels of sweet corn. OK, so I’m not yet sick of sweet corn. And one more thing. I admit: I bought some heirloom tomatoes at the market. Maybe I”m not quite ready for fall, after all.

Ocean House in Croton. (CH)
A new restaurant in New Ro: Cienega. (CH)
More on Fig & Olive in Scarsdale. (CH)
Doug goes back to Peniche. (HT) (I’ve been missing it lately myself!)
Todd reminds us of Thompson’s Cider Mill in Yorktown. (WE)
Hudson Valley chefs have studied at the CIA! (Patch)
Early reviews of Old Stone Trattoria in Chappaqua. (CH)
An ongoing collaboration of the best Latin food in lower Westchester. (CH)
Open Table Grill Bar in Eastchester has falafel. (CH)
Meet the chef: Luciano Savone of Enzo’s in Mamaroneck. (Patch)
Another ‘OK’ from the NYT, this time for Village Social in Mount Kisco. (NYT)
More falafel: Emily goes to Taiim Falefel Shack in Hastings. (NYT)
Meals on Reels: Cooking from the Movies. (RP)
Barbecue at “A Taste of Yorktown.” (YP)
Meet the Chef: Franz Cervinka of Jennifer’s in Yorktown. (YP)
Somers 202 review. (YP)