People are reading
You are at:Home»Restaurants»Benjamin Lambert, Formerly of Restaurant Nora, is the New Chef at Crabtree’s Kittle House in Chappaqua

In a small announcement on its Web site, Crabtree’s Kittle House has the news of its new chef, Benjamin Lambert, formerly of Restaurant Nora in Washington, D.C.

Restaurant Nora has been a pioneer in the local-sustainable movement, and in 1999, was named the nation’s first certified organic restaurant. You might think of it like an East Coast version of Chez Panisse, and its owner, Nora Poullion, as a DC Alice Waters. Lambert also worked at Le Cirque 2000, 71 Clinton Fresh Food, Town and Union Pacific.

Just this month, Lambert was named a 2010 DC Area Rising Star Chef by Star Chef. Here’s a link to the Star Chef interview.

Restaurant Nora is a feel-good restaurant. I liked all the dishes because they were like something I’d make at home, only just a tiny bit fancier. You have to know going in that the restaurant is not cheap, especially for the style of food, which isn’t all gussied up and pristine. But it costs money to buy the kinds of ingredients Nora serves, and it’s admirable that the restaurant has been out in the forefront of “the movement” for a long time. 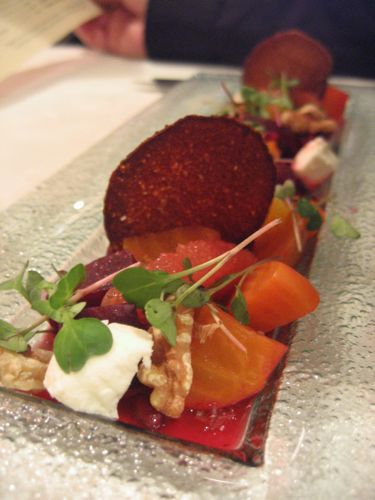 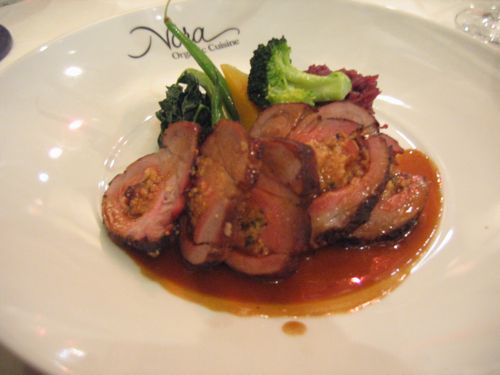 I can’t say for sure whether Benjamin Lambert was cooking there at the time or not. (Kittle House says “almost four years” at Nora.) At any rate, if he was, his cooking looks a lot more sophisticated and modern in this Star Chefs photo gallery here.

The 411 on Crabtree’s Kittle House.