People are reading
You are at:Home»Restaurants»Openings»The Chuggin’ Rhino Opens in Pomona

A promising new gastropub has opened in the former Mount Ivy Pub spot on Route 202 in Pomona. Owner John Rodriguez, a fifth-generation North Rocklander, tells me he’s tired of pretentious restaurants — and he’s frustrated with having to put on a shirt and tie and driving across the river to Westchester to have a good meal. So he’s out to break the rules of what a bar is capable of doing. 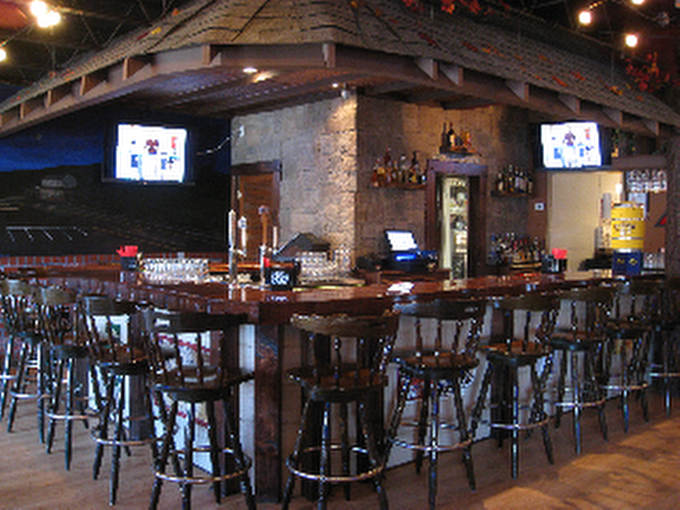 He’s hired Dennis Cruz, a former chef at Wasabi in Nyack, and set about to serve fun bar food, with appetizers such as Meatball Martini (pork and veal meatballs in a marinara martini with shaved pecorino) and Cream Corn Bites (nuggets with whole corn kernals served with wasabi mayo) and sandwiches (including hamburgers and hot dogs, like the Chelsea: two hot dogs wrapped in bacon and served with chopped onions, jalapenos and tomatoes with ketchup, mayo, slaw and tater tots) and entrees (how does the Panko Pork Chop grab you? A “bad-ass” double-cut pork chop, panko-breaded and served with blueberry sauce, truffle mashed potatoes and veggie ragu). 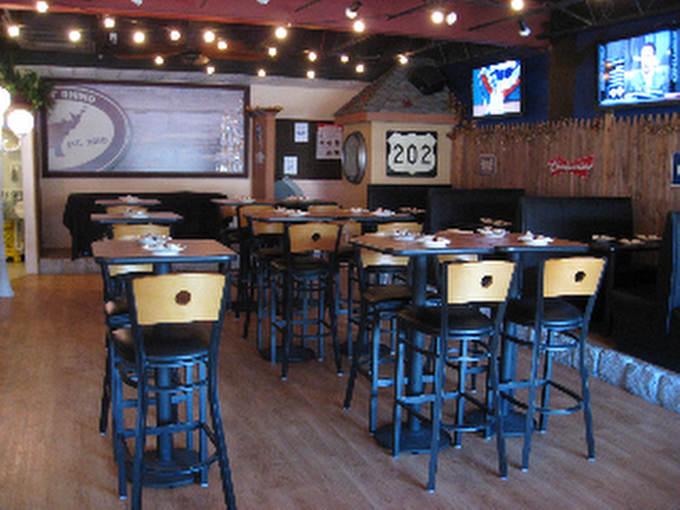 The interior looks like a roadhouse mixed with a suburban back yard, with tall tables, a few booths and 66 seats at the bar. A wooden fence and concrete pavers set off the booths along one side of the restaurant and a shingled roof hangs above the bar. 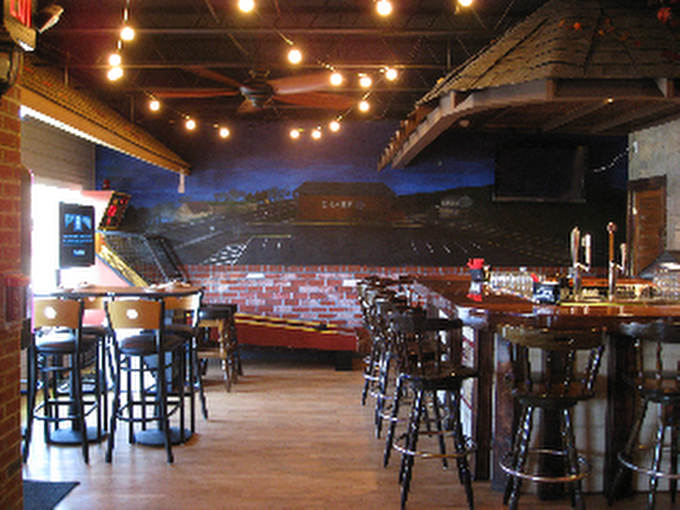 It’s an outdoor theme, he says, because the best times he’s had while having a few beers were with his buddies on the back deck or the porch. So he designed it to feel as though he’s in that scene. 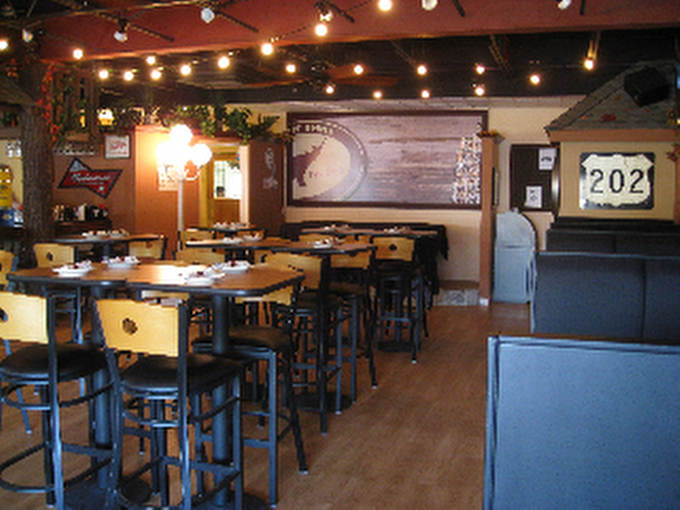 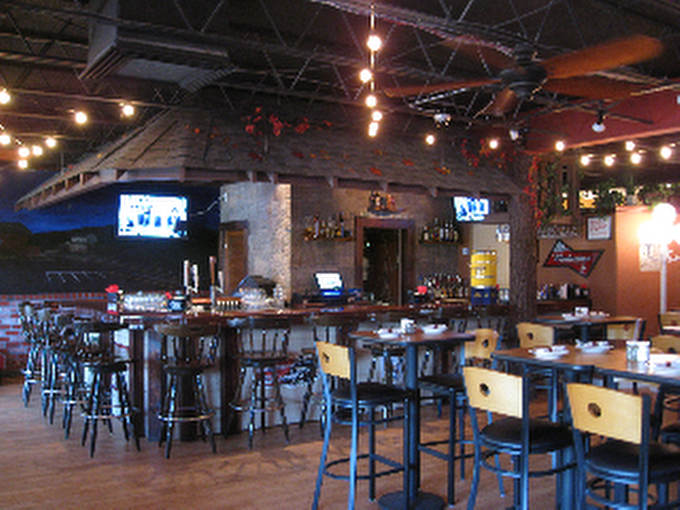 John has high hopes for the concept — he says he’s trying to build a brand here, not just a bar.

Have you been yet? What do you think?

in the meatime, here is the menu: Front and Back.