People are reading
You are at:Home»Chefs»Chefs to Watch: Alex Sze of Juniper in Hastings 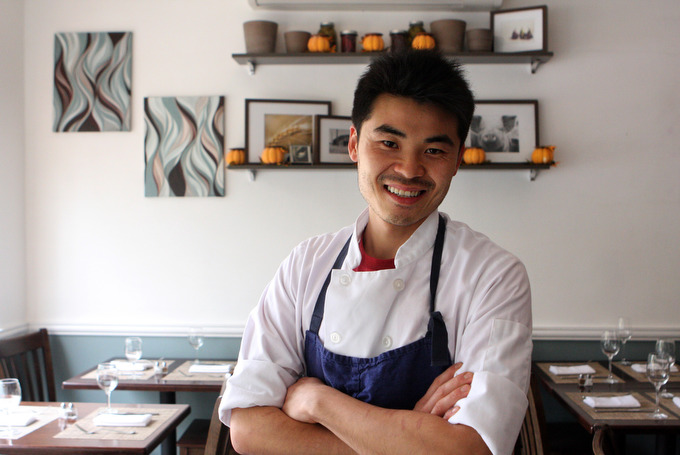 Culinary school: Didn’t go. Graduated from University of Connecticut with a degree in biology.

Cooking style: “My style is New American, so I borrow from all different cuisines. I also try to use local ingredients when I can. When the farmers markets are around, I go twice a week to buy fresh produce and incorporate whatever looks good into the menu.”

Why he’s one to watch: Sze serves modern food that’s superbly balanced in tastes and textures — at affordable prices. He’s brought fancy and fabulous down-to-earth. This spring, he served a lovely striped bass with olive oil-crushed potato and a heart of baby romaine with smoked ham hock vinaigrette for just $19. The fish was flaky and succulent, the potatoes straddled a line between mashed and hash browns, and the meaty vinaigrette wilted the lettuce and gave it a big boost of umami. And the portion? About the size of a deck of cards. Sze’s version of upscale-casual is a standout because he serves such elegant food in so homey a setting — a lovely combination that is a first for Westchester.

Future influence: “I’m just here to cook and put out some food that’s tasty. I don’t think about being revolutionary. I just want to continue to make good food.”