People are reading
You are at:Home»Chefs»Chefs to Watch: Christopher Dunn of Hudson House of Nyack 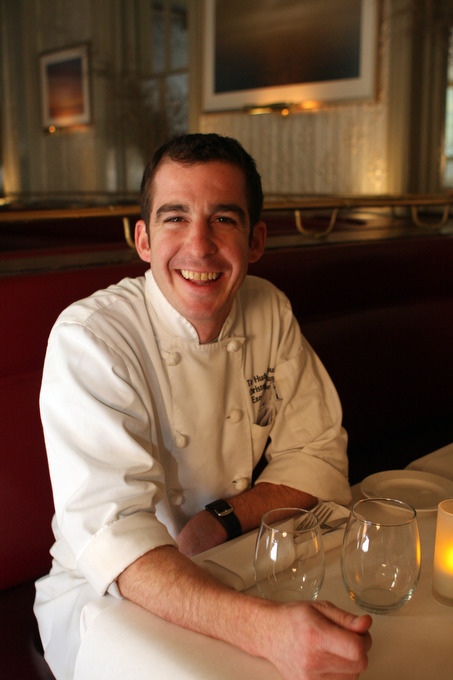 Experience: Started as a dishwasher at the age of 15. Worked as a pizza and short order cook, in a butcher shop, and then at Hard Rock Cafe and Collectors Cafe in Myrtle Beach, S.C.; Trio, Dylan Prime and Devin Tavern in Manhattan; and then Hudson House.

Cooking style: “I cook with traditional French technique, but my food is refined American, and I have been able to blend many different cuisines on to our menu. The idea for me is not to be stuck in one direction. I want the menu to be in constant motion. ”

Favorite kitchen tool: “My amazing staff. At no point in my career have I enjoyed such a committed group of cooks. We all work shoulder to shoulder. We succeed together.”

Why he’s one to watch: The Hudson House has been a consistent go-to in the Rockland dining scene for many years, but until Dunn took over the kitchen, the food was often surpassed by the stunning setting. Dunn is serving a regional American menu — pulled pork on a mile-high biscuit, shrimp and grits, duck confit salad — that changes weekly and is influenced by a melting pot of cultures from the South to France to Italy. Last winter’s cardamom- and pecan-crusted rack of lamb, for example, was a sultry dish that makes you want to savor it in front of a fire with a big red. He’s also a tech-savvy chef that engages with his customers through social media like Facebook and Twitter, which could be the wave of the future.

Future influence: “I have recently changed to a weekly revolving menu. The original goal when I came here was to earn the trust of our diners, and over the last three years I believe I have. Our daily specials became smash hits, and our menu was full of known standards. The new menu is a collaboration of both angles.  Now the goal is to guide the customer through each season, using the best foods available on a weekly basis, so they’ll try something new.”