People are reading
You are at:Home»Chefs»Chefs to Watch: Kevin Reilly of Cafe Barcel in Nyack and CB Kitchen & Bar in New City 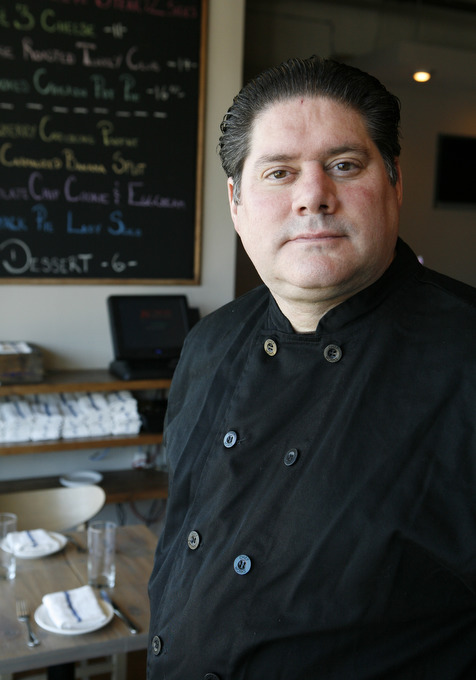 Cooking style: “My cooking style is in a constant state of flux and is dictated by my surroundings and influences. Right now I’m concentrating on American food with leanings toward Latino and Mediterranean sensibilities. My fiancée, Maria, and Café Barcel owner Nidia Alexander both keep me informed on the foods of their Puerto Rican background. My philosophy has always been about freshness and maintaining the integrity of products that are carefully sourced.”

Signature dish: Speidini of fresh mozzarella and sourdough bread with white anchovy-caper sauce. “It’s layers of sourdough and mozzarella coated in Panko bread crumbs, pan fried in olive oil and served in a rich butter sauce flavored with capers and a white anchovy from Spain. It’s kind of like an adult grilled cheese.”

Why he’s one to watch: Reilly burst onto the local scene a year ago, bringing sophisticated influences from the city along with him. He uses bold flavors and serves manageable portions, and keeps his menu varied and interesting. His cooking is modern — and just a little trendy — and through his two restaurants, he’s introducing many Rocklanders to many new flavors. At his new CB Kitchen & Bar, the menu has refined road food, such as chicken and waffles with apple butter and maple syrup, which pack a wallop of tastes, both sweet and savory. At Café Barcel, he leans more toward Spain, making a meal out of several lively dishes (potatoes with romesco, mozzarella spedini with white anchovy and caper sauce).

Future influences: “Two years ago I returned to my hometown after 15 years in New York City and elsewhere to be closer to my family. We just opened our second restaurant — CB Kitchen & Bar in New City. It’s casual, affordable and family-oriented. ”