People are reading
You are at:Home»Chefs»Veteran Chefs Keeping It Fresh: Doug Nguyen of Wasabi in Nyack and Wasabi Grill in New City

Grew up: Stony Point (since 1983; raised by a foster family after leaving Vietnam)

Culinary school: BOCES for one year 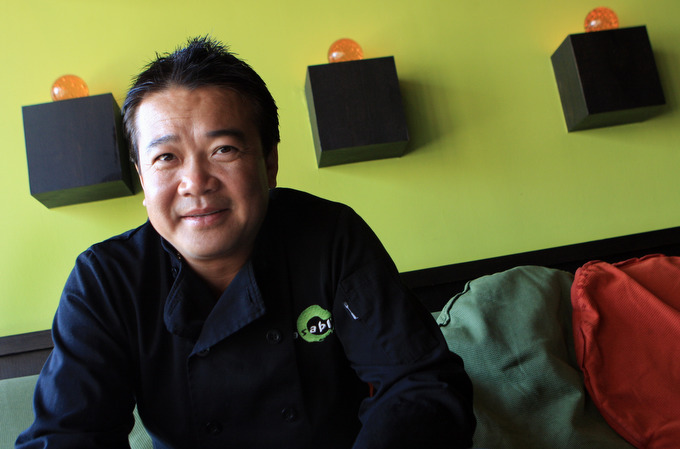 Experience: Started as a dishwasher at Maiko, in New City (the current site of Wasabi Grill). Worked at Kiko House in Pearl River, U-Me Sushi in Nanuet; was chef and co-owner at Sakana, in Nanuet, which won a Journal News readers’ poll for best sushi in Rockland. Opened Wasabi in 2003.

Why we chose him: Nguyen is a one-man melting pot. He grew up in Vietnam, was raised by an Italian-American family in Stony Point and worked his way up the ladder in Japanese restaurants — and all of those influences show up in his cooking. He loves a good sausage and meatball hero, but understands the delicate nature and beauty of Japanese cuisine. He also understands that Americans want to have fun when they go out to dinner, and he makes dining fun.

How he keeps it fresh: Enjoying what I’m doing, that keeps me going.

Advice for the chefs: They’re good, they’re young, they’re moving faster than me. The restaurant world is very hard work. You’ve got to be young and have energy.