People are reading
You are at:Home»Restaurants»New on Fall Menus in the Yorktown-Cortlandt Region

Jenny Higgons reported on the restaurants in the Yorktown area. 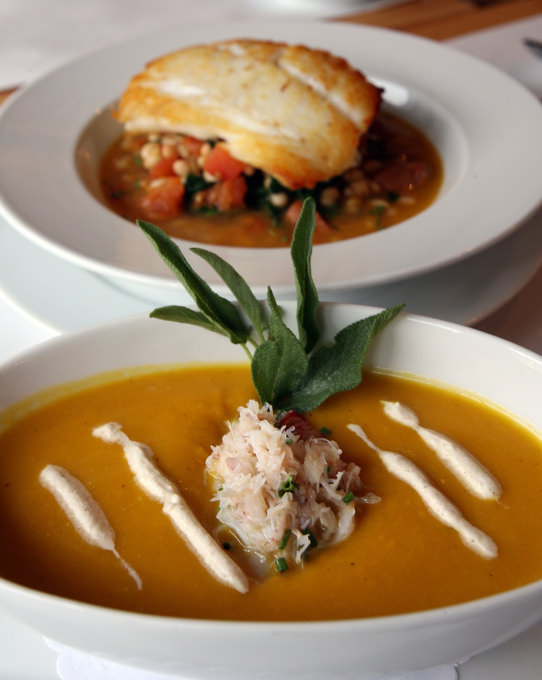 Here’s a look at what she found,

Fish lovers in the area swear by this 19-seat place, where the light blue beadboard and banquettes make you feel like you’re dining near a rocky New England coast. There are only a few tables, but the scallops, wide variety of oysters from the East and West coasts and the daily fish specials make snagging a seat worth the effort. Get your name on Ocean House’s e-mail list to receive advance notices about special events and occasional theme nights. They serve only dinner, Tuesday through Sunday. Bring your own wine. 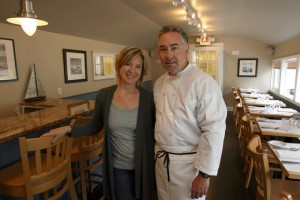 Insider tip: The restaurant doesn’t take reservations, but you can get there when they open (at 5 p.m.) and leave your name to reserve a spot for later that night.

This Continental Asian-fusion cafe is a bright, casual spot that has garnered a following for its inventive cuisine. The menu is well priced and has a sense of humor. Try the Peking duck quesadilla and mini tuna tacos served with Asian guacamole, all of which are packed with umami — the fifth taste — sometimes translated as “satisfaction.” Go early to avoid a wait; reservations aren’t accepted.

New for fall: For the kids, owner Craig Purdy has added the mash-up dish “spaghetti tacos.” For adults, there’s a Hunter’s Meatloaf, bison and deer meat with mashed potatoes and mushroom cream gravy. The cafe also now has a retail section of Umami-made sauces and marinades, as well as local farmstead cheeses and honey from its own hives. Also new: six different wine choices at $20 per bottle.

Insider tip: On Thursday nights, all the appetizer plates are just $5, and there’s live jazz music from 7 to 9 p.m.

A cozy wine bar with a variety of genres of live music Thursdays through Sundays in downtown Peekskill, just a block from the Paramount Theater. When the weather is nice, the front is open to the sidewalk and fills the night air with music. The dance floor is small, but when the music moves, the whole restaurant fills with the groove. 12 Grapes has a New American menu with diverse flavors and a terrific wine list, with 12 reds and 12 whites offered by the glass.

Insider tip: Every Wednesday features burger specials: 10 different burgers, each named after bands that have played at 12 Grapes. Each burger is $10. Go with a friend, it’s buy-one, get-one-free.

A terrific destination for beer-lovers: The Brewery has 16 draught lines — eight of its own and eight guest drafts dedicated to other local breweries and beer cultures such as England, Bavaria and Belgium. Choose from two dining areas — a lively brew pub and a pretty dining room — and an American gourmet gastro-pub menu with steak, fish and chips, and burgers with gourmet toppings.

New for fall: An appetizer of potato pancakes with seared foie gras and apples, and an entree of beer-braised oxtails with parsnip puree and braised vegetables. For dessert, pumpkin ice cream sandwiches with ginger snap cookies.

Insider tip: Go local. Regulars love the cheeses from Poughkeepsie’s Sprout Creek Farms and wash them down with the brewery’s own Old Wagon Ale.

A modern, light, airy and comfortable space in a converted old home from the Prohibition era. Seafood is the draw here: Try the mussels in a tomato-saffron-tarragon broth or the seared sea scallops with asparagus, spinach, tomato and a potato cake, all in a vin cotto glaze. Start out with the Black Cherry Cosmo, and end with the Chocolate Pyramid dessert — it’s as decadent as it sounds.

Insider tip: Fixed-price meals are offered every night but Saturday. Prices range from $16 for a three-course meal Monday through Wednesday; $21 for four courses Thursday; and $35 for four courses Friday.

Augie’s is a great local alternative for both families and couples.

It has a solid steakhouse menu — the list of hand-carved, dry-aged steaks has filet mignon, rib eye and porterhouse — along with seafood, chicken, and surf and turf. There’s also a kids’ menu. The dining room is handsome, with gleaming wood floors, sophisticated textiles and an upscale feel. Augie’s also sports a large tank that houses Maine lobsters.

New for fall: An appetizer of duck agnolotti, a half-moon-shaped pasta pocket stuffed with roasted breast of Long Island duck and braised vegetables finished in a duck-stock reduction and a dash of mascarpone cheese and saffron.

For an entree, there’s roasted breast of muscovy duck. It’s oven-roasted and finished with caramelized onions and apples laid on a bed of black wild rice au jus. Top it all off with a dessert of banana fontaine: homemade banana bread with caramelized bananas and milk chocolate morsels on top — it’s wrapped in homemade puffed pasty, oven-baked and served warm.

Insider tip: Wednesday is guest-bartender night, when the barkeeps can be, well, just about anyone over age 21. Augie’s happy hours (3 to 7 p.m. Mon day through Friday, 11 a.m. to 2 p.m. weekends) offer a great deal: Wings are 25 cents and draft beers are two for $6.