People are reading
You are at:Home»Restaurants»Local Links

Good morning and happy Monday. My weekend was superbusy but a lot of fun. On Friday I went to see the Merchant of Venice, so I just had a couple of snacks before curtain and then went to bed without supper.

On Saturday, I met some friends in the city at their favorite local pub, David Copperfields. There are more than 30 craft beers on tap (including, often, some from Captain Lawrence!). A lot of you know, I’m not much of a beer person, but I tried one called 21st Amendment Fireside Chat and really quite liked it. 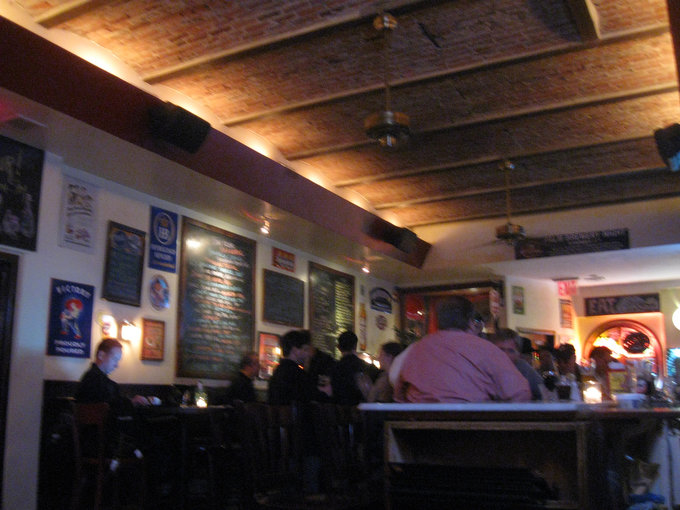 The food there is really quite good, especially for a pub. We tried the spinach dip (which had a ton of fresh spinach and wasn’t super-cheesey), the onion rings (really crispy with nice horseradish dip) and burgers and wings and such. I liked my curry brats — 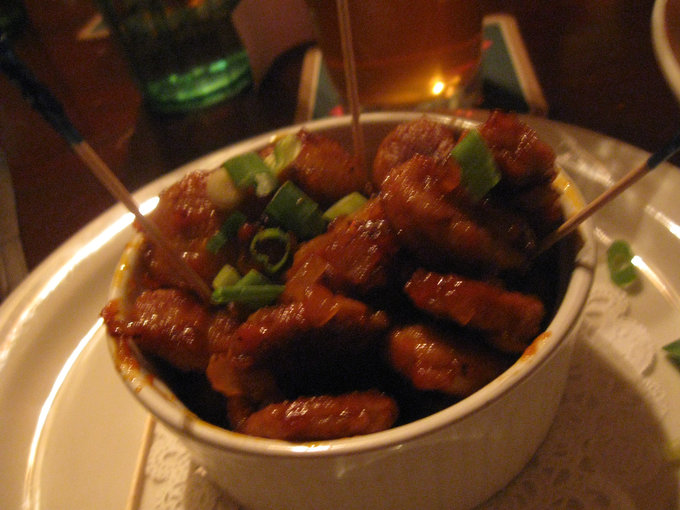 — which had apples and onions mixed in and were lovely with a side salad: 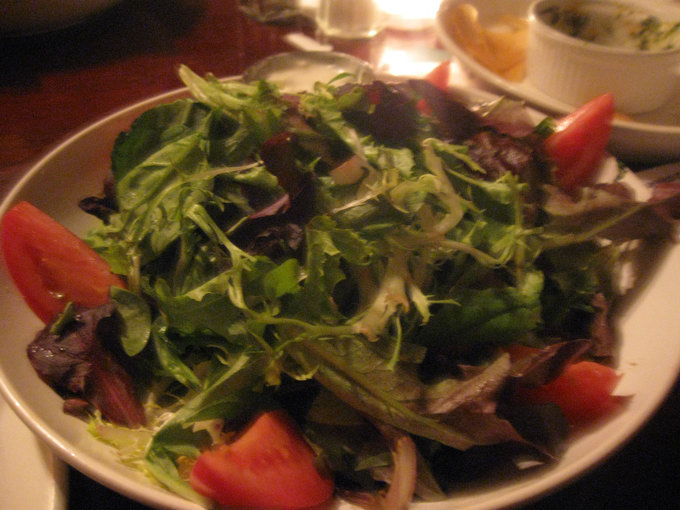 And kudos to Copperfields for serving a light mesclun mix rather than staid old iceberg or romaine. It was really a nice salad.

On Sunday night, we had a friend over for dinner. We started the evening with Carjacks — what I like to call a Sidecar made with Applejack rather than cognac: 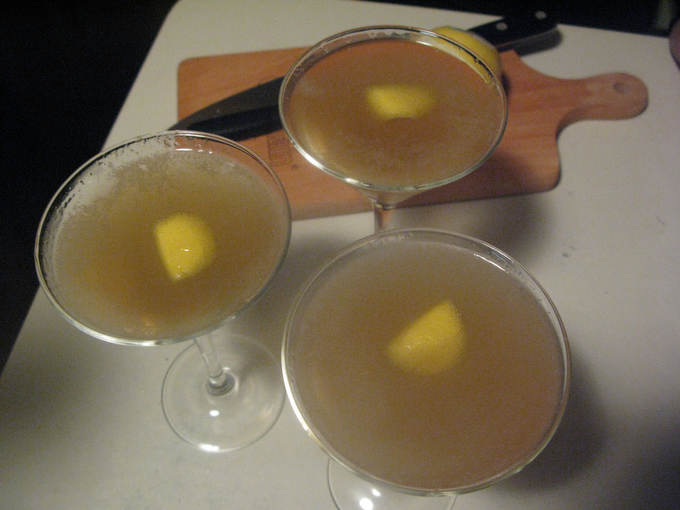 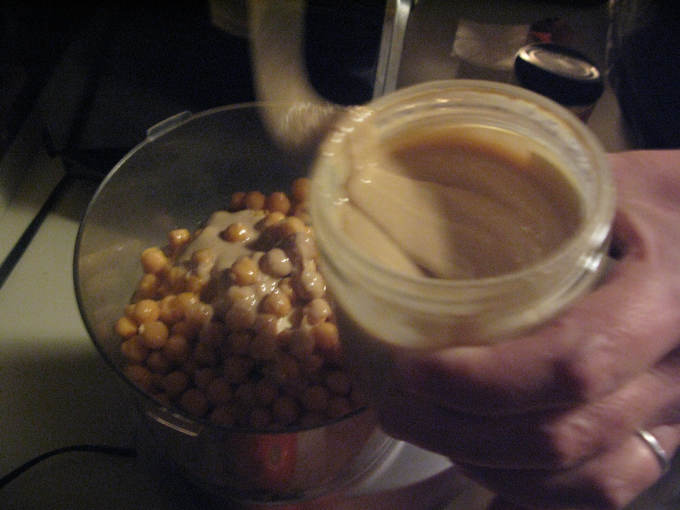 — and sipped our cocktails by the fire. Then we had a supper of pan-seared duck breasts with sour cherry reduction, mashed potatoes and Brussels sprouts: 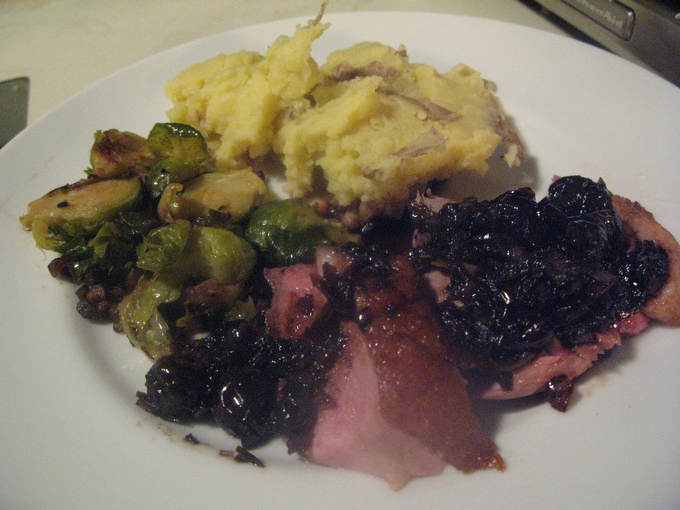 Nice fall supper, if I do say so.

And with that, here’s what people have been talking about this weekend.

The drama and rumors surrounding chef-walkouts and restaurants closing is nothing compared to a photo caption that calls 42 in White Plains “troubled” over on Julia’s blog. 29 comments later, and I’m still not sure what people are trying to say. (EDP)
Emily really likes Somers 202. (NYT)
Doug finds a new pizza shop in Rye called Homemade Pizza Company. (HT)
Martha visits Cabbage Hill Farm in Mount Kisco. (MB)
Where to go out for Thanksgiving dinner. (CH)
Capri 1 in Peekskill has closed suddenly. (CH)
Any one been to Asagao Sushi in Croton yet? (CH)

PS: There were a few food stories on the various Patch sites, but the copy was all gobbledygook on the web site, so I didn’t link to them.