People are reading
You are at:Home»Food Links We Love»Arrosto in Port Chester Now Open; Chef Richard Corbo at the Helm

Arrosto, a new Italian restaurant in Port Chester, owned by Godfrey Polistina, opened this week in the former Hostaria Mazzei space — with its new chef in the kitchen. Richard Corbo, formerly of Ducca in San Fransisco, will be preparing the shareable wood-oven pizzas, homemade pastas and arrosti — or roasts.

(Here’s a nice little profile of Corbo, and some photos of the food he was doing out at Ducca.)

The newly renovated space, which will seat 230, has a sleek curved bar and a mix of booths and tables, plus counter seating near the homey centerpiece of the room: a woodburning oven and grill. A back room with a fireplace and white tablecloths will offer a quieter, more romantic atmosphere. There will also be seating for 50 outside, on South Regent Street. 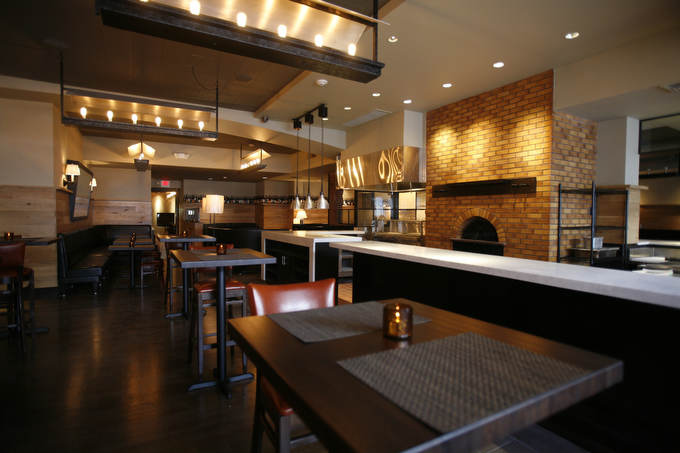 The menu is traditional Italian “with a twist,” says Polistina, which means an emphasis on farm-to-table with lots of fresh pasta, homemade pizzas, roasted and grilled fish, poultry and meat, and a variety of small plates, such as Arancini with Spiced Sottocenere Cheese; Crab Crostini with Lardo & Chili Oil and Fritters with Fennel Pollen & Mortadella.

The centerpiece of the menu are the roasts, which are meant to share among three or four people. They include: 80-ounce 30-Day Dry Aged Bone-In Ribeye ($96); a 2 1/2 pound Whole Roasted Bronzino with Prosciutto ($42); a 3-pound Wild Lobster Arrosto with  Vanilla Brown Butter ($54); a 32-ounce Berkshire Pork Shoulder with Caramelized Onions & Amaro ($30); and a 40-ounce Roasted Stuffed Veal Loin with Chestnuts & Truffle ($60).

Here is a PDF of the opening menu.